Yue Stella Yu realized something wasn’t right in Michigan’s political finances. Millions of dollars were being poured into the state’s ballot drives — which sought changes in elections, education policy and other laws — but who was spending them was a mystery.

“All these ballot measures are out there being proposed and being pushed … every single day,” said Yu, a state politics reporter at the nonprofit news outlet Bridge Michigan. “Who’s actually behind that effort?”

So, she investigated to find out. Yu used open-source intelligence — documents and data that are available to the general public — including campaign filings and tax returns to find that nearly 90% of contributions were from nonprofits such as 501(c)(4)s. Those groups are also called “dark money” groups because they don’t have to disclose who funds them or how much money they dole out. President Joe Biden recently advocated for a disclosure bill that would require super PACs and other groups to name donors who contributed $10,000 or more.

Yu’s investigation is just one of many revealing how these people and groups fund politics without having their names attached. Dark money is becoming a ubiquitous part of the U.S.’s political system, and journalists are turning to open source investigative techniques to shine light on the practice.

Dark money didn’t always have such a large influence on politics. In 2010, the Supreme Court ruled in Citizens United v. Federal Election Commission that corporations and nonprofits could spend unlimited amounts of political money. They were previously bound by laws that limited the amount they could spend.

After that Supreme Court ruling, dark money became more and more prevalent, according to Anna Massoglia. Massoglia is an editorial and investigations manager at OpenSecrets, which tracks money in politics. She also uses open source intelligence like Form 990s (IRS forms that nonprofits have to complete) and tax records to compile and analyze campaign finance data.

Open source intelligence, shortened to OSINT, is a powerful and fairly new form of investigative journalism. People dig through troves of publicly-available records to find connections and uncover stories hidden in plain sight.

The internet and social media have opened up more possibilities for open source investigations — and Kevin Nguyen believes a lot of journalism can benefit from this kind of reporting. He began sifting through open source documents in 2012, long before the practice had an established name. Nguyen is now a producer at Australian Broadcasting Corporation, and he said he’s probably one of few dedicated open source reporters in Australia.

Nguyen also conducts open source trainings for other newsrooms. His advice for people who want to start open source reporting is to jump right in.

“I think the best thing to do for people to get started is actually just pick a story, and then understand how you might approach that through an OSINT lens,” he said.

Still, legal loopholes mean certain entities, like 501(c)(4)s, shell companies and super PACs, can spend money without being transparent about where it’s actually coming from. Spending from dark money-funded super PACs increased significantly before the 2018 election cycle and “ballooned” in 2020 to hundreds of millions of dollars, according to Massoglia.

“Dark money is not going anywhere,” she said. “It shows no signs of stopping. It’s just getting darker at this point.”

And the lack of transparency is only getting worse. This election cycle, ahead of midterms, Massoglia said more than a hundred million dollars of dark money has already been spent.

Lawmakers could try to curb the amount of dark money in politics by passing disclosure laws, Massoglia said. The disclosure bill Biden hopes to pass is unlikely to pass Congress, according to Reuters.

Massoglia is in the midst of tracking 2022 election cycle spending and is already preparing for the 2024 presidential election. OpenSecrets is building up a tool to track how much money political groups spend on online advertising, along the same lines of the database it maintained ahead of the 2020 election.

Open-source intelligence will continue to be a crucial part of that project, and Massoglia and Yu both hope more journalists are able to use open-source reporting. They hosted a panel, along with ProPublica investigative reporter Andy Kroll, at the Online News Association’s 2022 conference to give reporters tips and strategies to use open source materials.

There are quite a few open source data repositories that reporters can use to track dark money. 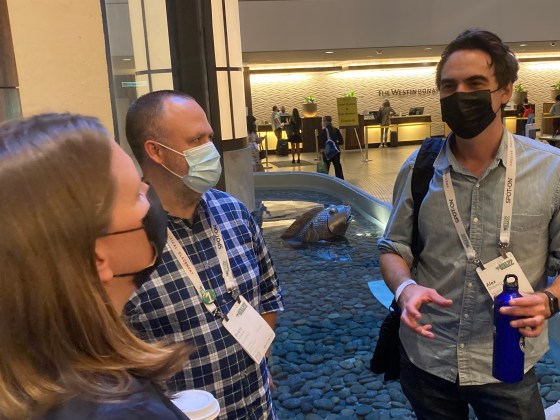 Journalists at ONA22 happy to be ‘Together Again,’ after COVID changed the industry 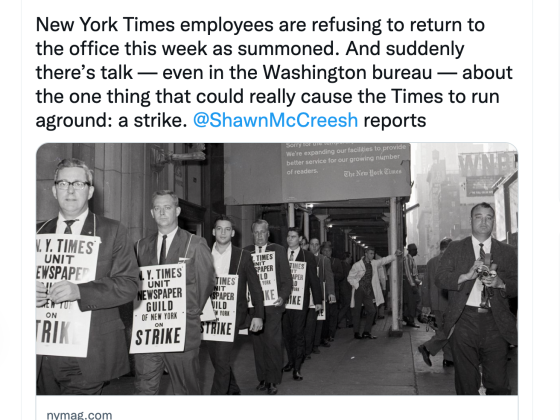 Today’s journalists find themselves covering unions amid wave of organizing