After a year of social distancing and league bubbles, a Houston sports broadcaster says journalists are losing control of their ability to create unique content about the teams they cover.

Closed locker rooms and all-virtual press conferences made it possible for teams to put new limits on the interaction between reporters and athletes, said Matt Musil, sports broadcaster of KHOU 11 out of Houston.

“I think the teams want to keep it on Zoom,” Musil said. “They will say it’s for health concerns, but I think it’s easier to control the message. If there are players that are not happy with management or ownership of their teams, we would talk with them in the locker room or the clubhouse. But (now) if they aren’t getting along with management they will not be made available to reporters.”

“People value authenticity—fans, younger fans in particular, value authenticity and value people speaking from the heart and telling it like it is,” Affleck said. “The pandemic will undoubtedly be used by teams (or) leagues to limit media contact.”

“On our storytelling side, journalists do better when they understand how a team works,” Affleck said.

If interview time is limited to two 15-minute Zooms per week, “that’s not really understanding how a team works,” he said.

Emily Giangreco, sports anchor and reporter at KVUE in Austin, said virtual interviews can be beneficial for reporters on deadline.

It wasn’t like we got to take several months off of work because there were no sports, we had to come up with different ideas that may have been a little out of our realm.

Emily Giangreco, sports anchor and reporter at KVUE, in Austin

Pre-pandemic, reporters were used to working in a post-game “scrum,” Giangreco said. “You run around with your camera and microphone and you’re trying to grab as many players as you can.”

Switching to virtual interviews has not been all bad, she said.

“With Zoom, it makes it a lot more organized and you’re not running around trying to get [athletes], they just bring players to you and they put them on Zoom. Also, we’re not running around as much because everything is right at our laptop, so when it does come to getting content in and deadline that does tend to make it a little easier,” she said.

Giangreco said one thing she learned through her COVID-19 experience is “we really had to get creative because sports completely stopped” when the pandemic began. She and other sports reporters had to step outside their comfort zones.

“It wasn’t like we got to take several months off of work because there were no sports, we had to come up with different ideas that may have been a little out of our realm,” she said.

Despite this kind of creative response, Musil says athletes “are more measured with their comments” when they know multiple people are hearing them.

“Sometimes they won’t say certain things that they would if they were just one on one,” he said. “It’s much easier to maintain the message that the ownership and management wants for the particular sports team.” 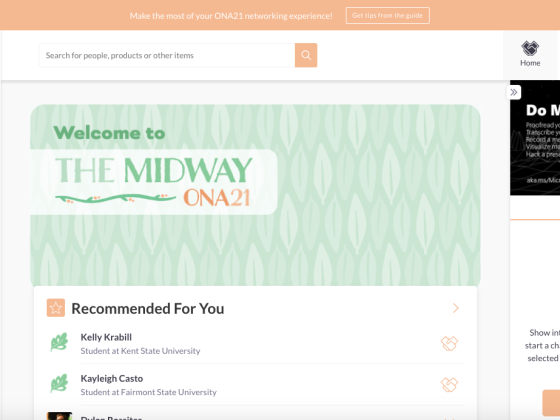