It is one of the most pressing issues facing journalism: What sustainable business models will support news organizations?

This week, the ONA Student Newsroom compiled insights and case studies from industry experts on the business of journalism — and how news outlets will find the revenue they need to survive now and in the future. From newsletters to virtual reality, this year’s conference demonstrated what’s working and what’s trending in our industry.

The business of journalism: What’s changed?

We begin with how advertising and circulation have transformed print and digital outlets over the years. We know tech giants such as Facebook and Google have been integral in the distribution of news content, but they also have swept ad money away from local outlets, according to a 2018 study by the News Media Alliance.

Although both companies have pledged millions to help journalists, it’s no secret that they still dominate the online advertising realm.

While advertising remains the lifeblood for most local news outlets, a model that was once dependable is now fleeting, forcing newsrooms to consider alternative sources of revenue. Stories of ad interference, news fatigue and audience disengagement have all contributed to the decline in cash flow.

Grim predictions of the industry’s financial fate have been looming since the mid-2000s. According to the Pew Research Center, the total estimated advertising revenue for U.S. newspapers for 2018 was $14.3 billion. The last time the industry saw numbers that low was in 1980. In just one year, newspaper ad revenue fell 13% from 2017 to 2018.

Print is not dead, but it is seriously wounded, according to researchers with the 2019 Medill News Leader Project. That was one reason Tim Franklin, senior associate dean of the Medill School at Northwestern University, initiated the project.

The initiative, conducted by Northwestern University’s journalism program, interviewed more than 50 academics and journalists to discuss the economic challenges within a shuffling journalism landscape.

In the past seven years, revenue from digital advertising has doubled.

“Digital subscription models are permanently broken,” she said. Her 2019 tech trend report found that consumers are willing to pay, on average, $36 a month, and aren’t willing to pay more due to an oversaturation of subscriptions and paywalls.

Love of journalism and an altruistic belief that local news should survive isn’t tantamount to a sustainable operating model in our free market economy. #ONA19Trends

Newsletters: Good morning! Here’s what you need to know

Newsletters are helping propel the subscription revolution, moving revenue dollars from advertising to audiences. As newsrooms like the Philadelphia Inquirer and The Seattle Times focus time and energy on curated newsletters, they continue growing loyalty and bringing traffic to their websites.

“People who are already visiting us a little bit – [newsletters are] helping them visit us more so they end up subscribing,” said Danny Gawlowski, assistant managing editor at The Seattle Times. “And for people who have subscribed, we think it’s the best way to get them to retain their subscription. It just helps them deepen that connection with us to make sure we’re useful for them on a day-to-day basis.”

The Times has newsletters on topics like the Seattle Seahawks and local restaurants. Its flagship newsletter is the Morning Brief, an overview of the paper’s top news stories of the day. Gawlowski says the newsroom has been unafraid to experiment even if it leads to failure.

Judging by traffic metrics, it has not.

According to the Poynter Institute, Morning Brief converted 2,000 readers into subscribers in 2018 and generated more than $400,000 in profit. The Seattle Times launched the newsletter in 2015 and has since invested resources in creating more successes to bolster audience revenue.

The Philadelphia Inquirer has seen similar results by hand-curating newsletters instead of automating. Kim Fox, managing editor of audience at the Inquirer, heads a team that focuses on SEO, diversifying social media, iterating new products and, of course, newsletters.

Fox said the Inquirer is “attracting new customers, engaging them, converting them into customers — and a lot of what we do is really successful at building awareness and getting them in the start of that.”

“Email addresses are very valuable, long-term, to the marketing organization, the sales organization, and we’re really knocking it out of the park in drawing that in where historically we haven’t,” she said.

Fox spoke Thursday at an ONA session titled “A Practical Guide to Local Newsroom Innovation.” She discussed the Inquirer’s emphasis on creativity and said all of the paper’s initiatives revolve around a “north star” of indispensability.

For Gaslowski, The Seattle Times hopes to be a beacon of local info. When colleagues approach him asking about how to stuff their newsletters with sponsored content, he tells them they’re thinking about it wrong. The newsletter will point readers to the website and help build loyalty while earning digital advertising revenue, Gaslowski said.

The trick, he says, is just giving it a try.

Virtual and augmented reality are in the early stages

Newsrooms are in the early phases of testing virtual reality and augmented reality (VR/AR) as a distribution platform. That investment is a priority for the Finnish Broadcasting Co., known as YLE. The company showcased its work at ONA19.

“Paradise” is YLE’s latest project to demonstrate the technology’s potential. A VR headset and wireless backpack takes the viewer to the Marshall Islands in 1952. On a beach a few kilometers away, the viewer witnesses the first hydrogen bomb test and then is taken to the present day to see the nuclear waste site that remains.

YLE development manager Jouni Frilander said the company’s VR projects are expected to make a profit in the next five years. He didn’t offer specifics about how that revenue will happen.

paradise from ONAnewsroom on Vimeo.

The importance of paywall strategies

Paywall strategies are increasingly important in supporting online media. But Andrew Meranus says news organizations should not set up a paywall without thinking it through.

Meranus is vice president of sales for Piano, which offers services and software tools like AB testing to determine how companies should charge for content. Piano’s clients include The Economist, Daily Beast and Gatehouse Media.

Meranus said each client’s strategy should be customized, and a key to that is looking at the content itself.

“A lot of papers will allow local content to be accessible, and it’s the content that visitors outside of the local area will probably have to pay for,” he said.

The most successful companies view their content as a product that shouldn’t be given out for free.

Many of Piano’s clients, Meranus said, believe that in order for journalism to survive, they must ensure “they’re making money.”

Richa Syal is an award-winning digital journalist based in Toronto & London with experience as a reporter and a front-end web developer. Her past works involved creating editorial and digital strategies for the CBC and The Globe and Mail. She has experience working with broadcast, radio & podcasts, and digital mediums. Richa focuses on how digital platforms effect the contribution of western media organizations in the framing and representation of conflict, poverty and development in the global south. Alongside her journalistic work, she is always looking for new formats to support long-form reporting. Richa hopes to continue to report on important national stories and create innovative ways of displaying content for news audiences.

Having a deep passion for storytelling and connecting with people, Tess Rowland has covered stories from breaking news to entertainment happenings. Originally from Fort Lauderdale, Florida, she moved to New Orleans to study journalism at Loyola University. During internships at FOX 8 and the local NBC affiliate WDSU, Tess was able to learn first hand how to develop story packages and build digital components. She continues to build upon these skills at her new position at InvestigateTV and at the student newspaper, The Maroon. In 2018, Tess won the award for AP Multimedia Journalist of the Year for her package on the Westboro Baptist Church protest at Loyola. She is excited to join a new team of storytellers at ONA and continue to learn and advance her career. 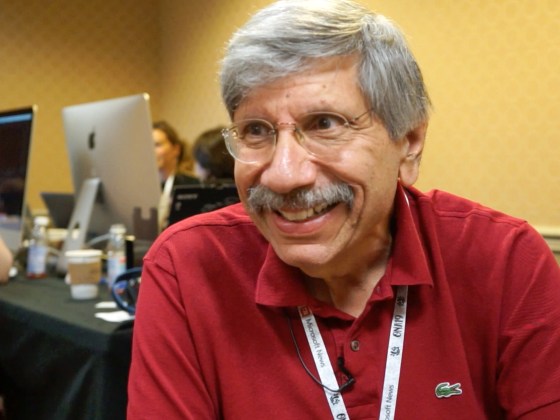 ONA leaders reflect on our past, championing a brighter future 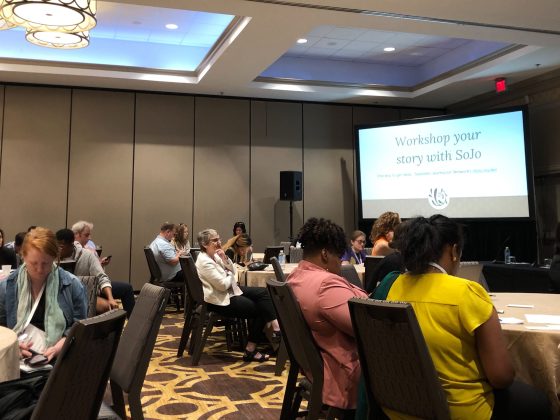 Flexing a little used muscle: How solutions journalism can make a difference