Choosing to sponsor ONA15 is no small undertaking.

Package prices range from $10,000 to $50,000 or more. But the benefits of sponsorship are hard to discount when they come with booths and mentions from national ONA social media platforms.

Meredith Artley is the president of ONA and the editor in chief of CNN Digital. CNN sponsored tote bags for all conference attendees.

Conference attendees flock to collect as much branded swag as they can carry. It’s unusual for journalists to accept free gifts, especially from the companies they cover. Conferences, and especially ONA, create a suspended state where it makes sense to collect and carry pens, lip balm and notebooks with the name of a company they don’t work for.

The branded swag can be elaborate and isn’t always cheap. So how do companies justify paying big money to come rub elbows with digital journalists?

It turns out there isn’t one clear answer. Different companies see different opportunities at ONA. In most cases, it’s about getting the company name out, and to leverage the attention.

Disney has been a sponsor for several years, officially paying for the ONA’s Exhibit Area and Plaza Lounge Spaces. In addition, Disney provided free entry into the park for a Wednesday night event and hosted an invite-only steak dinner on Thursday night at Mastro’s Restaurant, a well-known Beverly Hills hangout.

Charles Stovall, a public relations manager for Disney, said the goals of the two events were different, but both gave an opportunity to talk about the Disney Parks News Bureau’s content. That includes about 300-400 videos a year that news outlets can access and publish.

Additionally, he said, letting journalists visit the park Wednesday made sense because the conference was in the region. The event was about exposing more people to the “Happiest Place on Earth.”

“We have a great, fun product and we love to make sure that people get a chance to experience it,” Stovall said. “So I can sit here and tell people about it all day long, but if you actually go down and experience it, then you get a richer experience.”

Disney’s dinner, on the other hand, was a targeted effort to build and maintain relationships with journalists.

“They’re a great way to make sure people get one-on-one time,” Stovall said.

Many universities sponsoring booths at ONA are here for the relationships, as well.

Belinda Clarke, who works for Northwestern University, said the school uses the conference to meet and talk with potential employers for their students.

Simply talking to the journalists who attend ONA was a draw for many companies. The National Endowment for Financial Education sent Paul Golden, who uses the conference to network with reporters in the financial reporting niche.

“It’s connecting with those few [finance reporters] that are here and being able to introduce them to the storytelling tools and data that we have,” he said.

Twitter sponsored the T-shirts in every conference bag. The company also came to ONA to alert journalists to some new tools. Adam Sharp, head of news at Twitter, said the platform changes and grows every year, and the conference is the chance to introduce a dedicated audience to the changes.

Sharp also said talking to talented digital journalists about how they use Twitter is a good way to improve it for the future.

“Some of the most tent-pole features of Twitter were invented by our users. Users invented the hashtag, the retweet, the reply,” he said. “An opportunity to be in one room with 2,000 of the people who use the product the best and made the product what it is, it’s hard to pass up.” 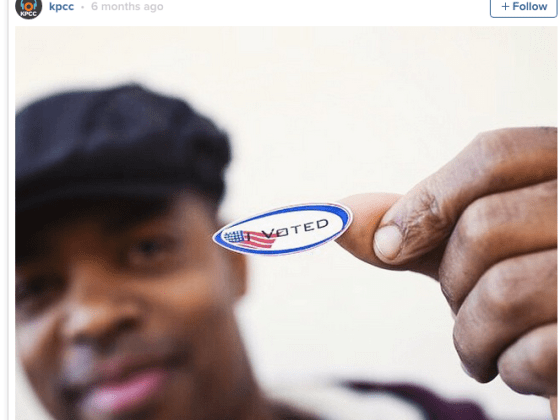 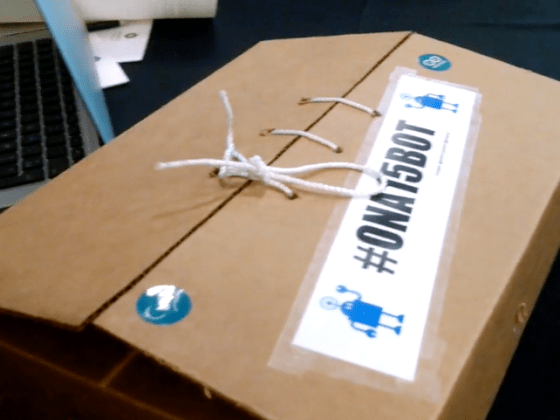 Video: Bots are coming to the newsroom. Should journos worry?