Not just for him, but for all the Als of LA.

So it chose one person, Gordon, who represented non-white registered voters under age 45, and built a campaign trying to make him care about the March 3 primary elections in Los Angeles.

“Nobody was speaking to the Als of Los Angeles,” said Meghan McCarty, a commuting and mobility reporter at KPCC who started the #MakeAlCare campaign.

People on social media sent in photos and videos with the campaign’s hashtag, trying to persuade Gordon to vote. He had visits from city council candidates at home and his restaurant Community in Los Feliz.

Ladies and gentlemen, Al has voted! Hear more at KPCC.org. Did you vote? (Photo by @mayasugarman) #MakeAlCare

“Did us making Al care make LA care? We don’t know,” said McCarty, who spoke on a panel at #ONA15. (Click here for tweets from the session.) “But it did prove to be a big engagement moment for LA.”

Newsrooms will have more opportunities to duplicate moments like these. As the 2016 presidential race heats up, reporters have more digital and social tools available to better engage with voters as part of their political coverage.

Maeve Reston, who sat on another panel, noted that whether it’s a presidential election or a state or local election, getting people engaged with politics takes work.

Back in 2012, news outlets pushed their political reporters to focus on the blog site. Now, they’re juggling Twitter, Vine, Instagram and any other platform they can use to tap into a larger audience.

“In 2004, you would go in with your angle or your analysis piece you were writing for the weekend, and you just can’t do that anymore,” said Reston, national political reporter at CNN. “It’s so quick and so driven by how these campaigns use social media.”

Finding ways to engage with audiences doesn’t have to be as large as KPCC’s project, said April Bethea, a news producer/social media manager at The Charlotte Observer.

Bethea, who spoke on the panel with McCarty, said news outlets must take risks. It can be as simple as experimenting with different platforms and content types, such as video, audio and photos, and seeing how people react.

“When you’re doing something innovative, you have the chance to expand your audience,” Bethea said.

Embracing new forms of storytelling isn’t a sacrifice to do good journalism, said Juana Summers, political editor at Mashable. It’s a way to uplift it.

“The mediums and tools change,” she said, “but the reporting doesn’t.” 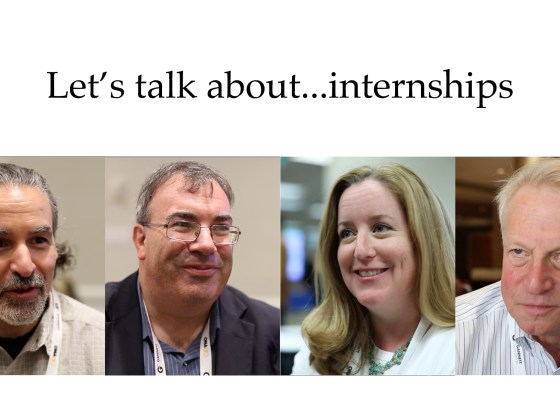 Video: The impact of internships 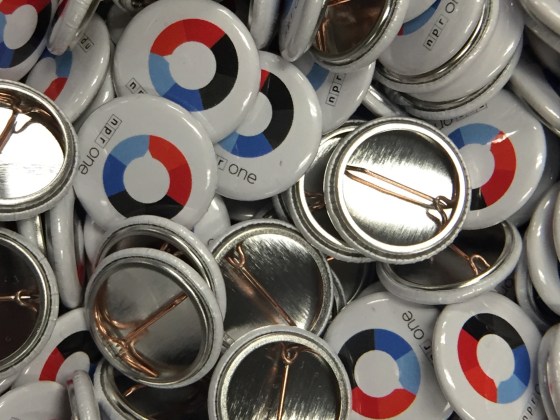 What do sponsors get when we grab swag?