For some attending the Online News Association’s annual convention this week, the disparity of the premier gathering for digital journalists in a glitzy downtown hotel at the edge of the historic Los Angeles Skid Row was stark.

The neighborhood has one of the nation’s largest houseless populations in the country and in L.A. County there are at least 69,144 people experiencing homelessness nightly.

ONA22 attendee Mark Horvath, a storyteller and founder of Invisible People, gives a face and voice to homelessness—something he knows all too well since he once lived on the streets.

For advocates like Horvath, homelessness is an issue that many newsrooms continue to fall short on when reporting.  The  issues behind homelessness are complex, and include mental illness, criminalization, affordable housing, racial disparity and domestic violence. But Horvath says many newsrooms struggle with reporting  due to the fear  of connecting with homeless people.

During an afternoon with Mark, he took ONA’s Student Newsroom out to the streets of downtown LA, to show us hands-on, what are the best practices for newsrooms to consider when covering homelessness.

Read Mark’s tips on covering the houseless below.

“My first tip for reporters, journalists, multimedia journalists and producers out on the streets, on how to cover homelessness is just respect.

When you’re going out on the street trying to get that story, I fully understand you have a deadline. You have a producer or an editor that’s saying, you know, you got this deadline and you’ve got to make it.

Now, you should respect everybody anyway, but homeless people are just like you and me.”

Be conscious of your surroundings

“If you don’t feel safe, don’t walk down that street. Don’t walk near that tent camp. I am not saying homeless people are dangerous or that homeless encampments are dangerous. We live in a world now where going to a Walmart or a grocery store or a church or synagogue is dangerous. Sadly, we have to be conscious of our surroundings wherever we are.

So you have to be aware of your surroundings. And remember, you’re walking up to somebody’s home.

Take a moment and really try to understand that person. They might be going through some kind of trauma. I mean, in the newsroom, you might have a coworker that got a flat tire driving to work, you know, their girlfriend or boyfriend left them, they could be having financial problems, they might be sick or they’re kind of a jerk.

Now, imagine you’re outside with no bathrooms. It’s 104 degrees. You don’t know where your meal is going to come from. The tent doesn’t give you any security. So when you’re sleeping at night, sleep doesn’t really happen.

Or nobody calls anymore. You got a text, right? Text first, then call and then say, ‘hey, I’m stopping over,’ right? You’re walking up to somebody’s home with a big camera and saying, ‘hey, we want to interview you.’ Have some common sense and treat people with respect!

“I think it’s really, really important to get somebody’s permission before you put them on camera. If I showed up in front of your apartment or your house unexpectedly with a camera. How would you respond?

Homeless people are just like you and me. They’re just going through some trauma because they live outside and homelessness sucks.

This is how I do it, I will never interview somebody or take their image without permission. I think it’s really, really important to get somebody’s permission before you put them on camera.

I wear my press pass because I want to come up and identify myself as a producer so that the person I’m trying to get a story from is informed about the use of their image or video. I never videotape or take a photo of anyone that is identifiable without their permission.”

Get the voice of homeless people

“Another thing that I wish more reporters would do, which Kate [Cagle] from Spectrum News, is one of the best at, is she puts the voice of homeless people in every story that she’s talking about homelessness.

Authenticity, you know, one thing that is lacking is authenticity. And, you know, you could call it “balance”. It is really easy to spin the negative, but if you take a moment, respect them and really try to understand that person, they will open up to you.

The interview has been lightly edited and condensed for clarity.

Pamela EA (born in Mexico) is a documentary photojournalist and multimedia storyteller who focuses on climate justice and gender equality.

Why news organizations are pivoting to short-form video and TikTok 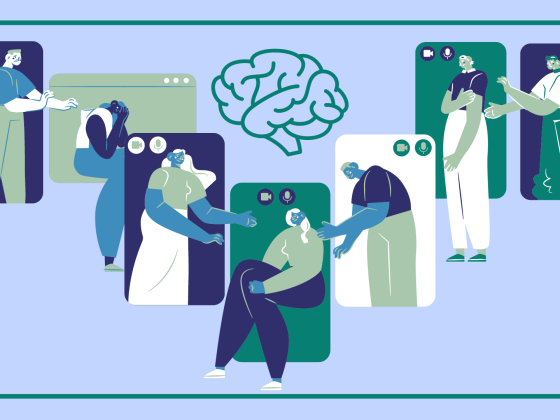