Seven weeks before the 2022 midterm elections, newsrooms across the U.S. are putting audiences first and utilizing a variety of tools to provide facts for local and national news consumers.

They’re also working to combat misinformation and disinformation campaigns while attempting to report accurately and objectively during a fragile time for democracy.

A majority of voters said “threats to democracy” was the most crucial issue facing the country, according to an NBC News poll published in August.

Many experts and journalists agree that it is part of their job to protect democracy.

“Journalists are a key part of a well-functioning democracy, said Elizabeth Spayd, the former public editor of The New York Times, in an interview prior to the ONA conference.

As part of this effort, newsrooms are moving toward taking a citizen-focused approach, striving to serve news consumers in better ways.

At the “22 Lessons for the 2022 Midterms” session at the Online News Association conference in Los Angeles on Sept. 22, Jennifer Brandel, co-founder and CEO of Hearken, advised newsrooms to make content easy to find, ensure everyone can access it, and, most importantly, focus on voters and their needs.

Brandel warned that when reporters focus too much on politicians and not the voters themselves, they may “end up just highlighting people who are already in positions of power and listening to them.”

“In a democracy, citizens are supposed to be the most important actor,” she said, adding that some newsrooms are treating the elections “as though they are sporting events” without considering how the topics that candidates discuss impact common people.

Yue Stella Yu, a state politics reporter at the nonprofit news organization Bridge Michigan, said she and her colleagues have prepared explainers as well as an election dashboard where readers can type in their zip codes and learn about their ballot information.

In Michigan, Yu’s team has generated profiles of gubernatorial candidates as well as information on local districts voting in the 2016 and 2020 presidential elections, as well as the recent primary.

During the “22 Lessons for the 2022 Midterms” session, panelists discussed the ways in which local newsrooms are informing readers. The Salt Lake Tribune in Salt Lake City, Utah, has employed the “window in, window out” technique, educating local readers on what they need to know before casting votes and using contacts with Utah lawmakers and candidates for insight on national topics.

What tools are newsrooms using to reach readers and combat misinformation ahead of the midterms?

Newsrooms have deployed a variety of methods and technologies to make election coverage easier to understand and to spot misinformation.

Axios has used a Google Trends-powered dashboard to get a better understanding of the election concerns that Americans are discussing. Axios’ midterm election issues dashboard has tracked interest in several critical topics, from abortion to the border wall debate and home schooling.

Hearken has collaborated with Jay Rosen, a journalism professor at New York University and media critic, to establish The Citizens Agenda, a step-by-step roadmap to audience-centric reporting that will hopefully better serves voters.

Speakers at ONA22’s “Minimizing Misinformation: Conveying Legitimacy In Your Election Coverage” panel on Sept. 22 suggested several tools for tracking online content and combating fake news, including CrowdTangle, a public tool that helps reporters search across Facebook and Instagram for content relevant to their reporting and analyze how information spreads.

The Ad Observatory project of New York University’s Cyber Security for Democracy center is also a resource for journalists interested in learning more about political advertising on social media platforms such as Facebook and Instagram.

“Not everyone has been glued to the news – you are not your audience,“ said Amy Kovac-Ashley, Head of National Programs at the Lenfest Institute for Journalism.

Newsrooms are tasked with bringing readers up to speed, providing them with transparent election timelines and closing information gaps.

“We know it’s hard, everyone is up against limited resources, and we’re doing impossible work in impossible times,” said Michael Bolden, executive director and CEO of the American Press Institute. 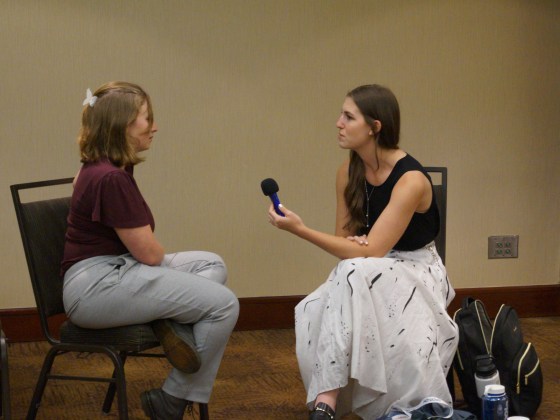 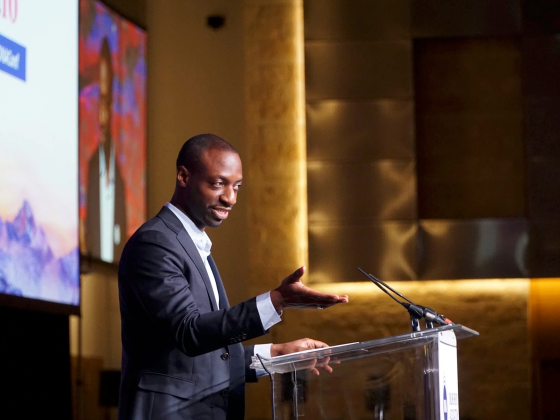