The journalism industry is in crisis mode amid layoffs, audience decline and mistrust. But seemingly lost in all the discussion is the application of design thinking in the newsroom.

Journalism is focused on rebuilding its relationship with its audience. But that’s the trouble with “nowists,” as Amy Webb, founder of the Future Today Institute, likes to put it; they’re only worried about the problems and solutions of today.

The more immediate the problem, the graver the focus on spending all energy and resources to fix it. And yet, the industry hasn’t fully identified a standardized solution to a ‘now’ problem: the differentiation of news, opinion, analysis and sponsored content.

“This is an easy UI/UX fix, yes, but journalism is still recovering from its current problems,” said Hearken’s Jennifer Brandel in an interview at the ONA Conference this week. “Newsrooms are shrinking and there’s no time to invest in long-term solutions.”

A former journalist, Brandel is an advocate for a design-first and an audience-first approach to content problems. Her Medium piece titled “Design Thinking and Journalism Go Together” resonates with many in the industry like Heather Chaplin, who authored the Columbia Journalism Review guide to ‘Journalism and Design’.

There are a lot of things from the design thinking toolkit that’s beneficial to journalism, said Matt Thompson of The Atlantic and co-founder of Spark Camp. “Design processes are actually very journalistic. It has a strong reporting process of engaging with an audience and getting feedback.”

Whether UI/UX can solve the distinguishing problem of news vs. opinion is a great problem to have, he added. “Users are releasing a lot of signals on how to weigh and evaluate information and media organizations should be leading the charge and help them navigate through facts and assertions based on evidence or hypothesis or guesses about the world — that’s real need users have.”

One of the key takeaways from the CJR guide is that innovation in journalism should be centered on humans and not technology. Webb in her Society for News Design keynote talk echoed a similar thought. “You have to put your audience first — not your audience’s devices.”

“Most newsrooms make decisions that are content-driven as opposed to an audience-first and design-driven approach,” said Angela Wong, a product manager of enterprise software at The Washington Post.

Wong said The Post has made serious redesign decisions, which are already underway, to bring UI/UX to the fore and make it easier for readers to distinguish between news, opinion and sponsored content.

“Although the solution to this problem is not necessarily for newsrooms to start hiring UI/UX designers,” she said. “Journalists have been using words like ‘opinion’ and ‘analysis’ in the headline to help make the distinction and sometimes that’s enough.”

For comparatively smaller non-profit organizations, such as the Texas Tribune, a redesign process is more organic to their distribution model. Rodney Gibbs, chief product officer at the Texas Tribune, explained how news and opinion have lived on separate websites for years.

“We’re a non-partisan publication so it’s important readers understood the difference between news and opinion,” he said. “But now, the digital world is changing and we’re slowly bringing our opinion pieces from ‘Trib Talk’ on to the main website and using design to separate them.”

Journalism is definitely heavily reliant on third-party distribution channels and thus limited by their design and process, Brandel said.

“For example, Facebook is about Facebook and not about anyone else or about news. They need to maximize shareholder value and not necessarily help the ecosystem… I am sure they talk about it though and think of using design to fix problems in journalism but will they actually do something about it? That’s debatable.”

The problem is deeper though than the specificity of this issue.

The industry needs a mind-shift to its approach to journalism, Chaplin said in her interview: “If you’re an urban planner, for example, you would never just build something without understanding the needs of the people who are going to live there. So they work with that community to bring to the surface the community’s needs and desires, which is going to lead to the most successful housing complex you can build. I think there is something very similar going on with journalism now.”

This approach is especially important now that immersive multimedia storytelling is slowly growing and is heavily dependent on technology and design to communicate ideas effectively.

Wong remembers an anecdote from 2014 when The New York Times blocked its staffers from using the desktop version of the website as an experiment to test out mobile and tablet view.

The staff was left frustrated, Wong remembers, but it was essential to push that thought process to content creators that their content is not necessarily being consumed the way they imagine it to be.

“That design is integral to the newsroom is something we need to keep saying again and again until it sticks, you know?” said Brandel. “Eventually, it’ll become the next most innovative thing!” 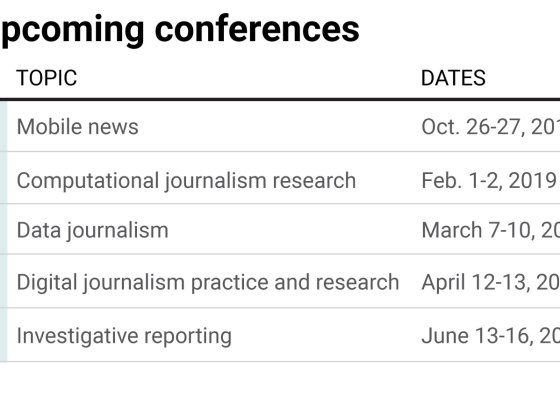 Liked ONA18? Data show which conferences are most similar 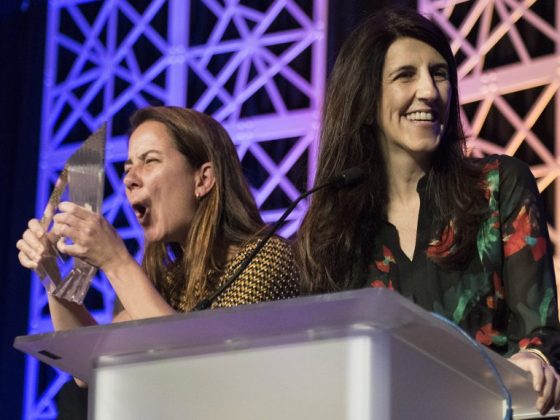 From natural disaster to terrorism, a decade of OJA awards