The 2018 Online News Association conference might be drawing to a close, but the calendar is full of conferences that cover the intersection of journalism and technology. Which is most similar to ONA? Which should you attend if you’re looking for something different?

The ONA18 Student Newsroom and Innovation Lab gathered and analyzed speaker data on six conferences that focus on digital journalism — the Computation+Journalism Symposium, Investigative Reporters and Editors (IRE), the International Symposium on Online Journalism, Journalism Interactive, the Computer-Assisted Reporting (NICAR) and MobileMe&You — looking for overlap with ONA’s list of speakers.

The data show that ONA’s closest counterpart is the upcoming MobileMe&You conference in October, whose lineup focuses on using phones and other mobile tools for reporting and storytelling.

Of the 19 speakers who presented at both ONA and MobileMe&You, the biggest contingent came from The Guardian, followed by CNN and the Quartz Bot Studio.

ONA has the least overlap with NICAR, a data journalism conference that shares just two percent of its speakers with ONA.

Vaillancourt and his colleague Robby Deming have presented training sessions on their mapping software at ONA, IRE and NICAR. While the content of their sessions varies little between conferences, Vaillancourt said more people at IRE and NICAR are already familiar with Esri software.

“At ONA, many people have never heard of us, so it’s more about the fundamentals — getting people up to speed with maps and what you can do with mapping,” Vaillancourt said.

With nearly 1,000 presenters, IRE is the biggest conference included in the analysis. While just a small proportion of its speakers overlapped with ONA, it leads the group in raw numbers. The conference hosted 47 ONA speakers in the last three years.

Most of the conferences in the group had a narrow focus within online journalism. For instance, Journalism Interactive is aimed at connecting journalism educators to digital trends, while the Computation+Journalism Symposium leans toward academic research.

ONA tends to span a broader array of digital journalism topics, said ProPublica’s Rachel Glickhouse, who has presented at IRE and Journalism Interactive in addition to ONA.

“ONA is much more open — it doesn’t matter what part of journalism you work in, there are little pieces of everything you can learn from,” Glickhouse said.

Methodology: The ONA18 Student Newsroom and Innovation Lab collected a list of conference speakers over the last three years and looked for overlaps among the more than 550 speakers who have presented at ONA during the same period. 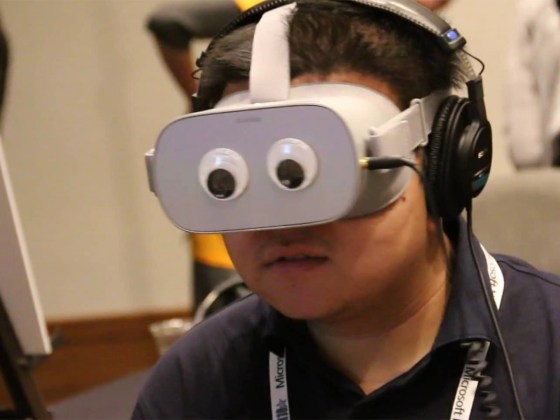 ONA18: On the Midway

Is UI/UX a solution to problems in journalism?