Each year as the Online News Association conference comes to a close, journalists prepare to put on their fanciest attire and attend the Online Journalism Awards.

While they represent excellence in journalism, they also point to the current news climate.

Horror on Yonge Street, The Vegas Massacre and Austin Serial Bombings are a few of the stories shortlisted this year for an OJA in the “Breaking News” category. For a story to be considered for the breaking news category, it must be produced within 36 hours of the originating news event.

Ten years ago, six stories related to natural disasters were finalists for the 2008 OJAs, the most in the category. But in recent years, mass shootings and terrorism have gained more traction. This year while Hurricane Florence unleashes its fury in the Carolinas, there are two stories about natural disasters and three about mass shootings.

The “Oscars” of online journalism, the OJAs honor excellence in digital journalism around the world. This year’s winners will be announced Saturday evening in Austin.

Ten years ago, natural disaster coverage dominated the OJA finalist list. With the Los Angeles Times’ coverage of the 2008 California wildfires and NPR’s coverage of the Sichuan earthquake in China dove into the consequences of the disaster. Two years later, CNN published a story on the 2010 earthquake in Haiti that earned them the “Breaking News” award.

Starting in 2015, mass shootings and terrorism dominated the news cycle. The New York Times took the crown for their coverage of the Orlando nightclub shooting.

Although last year was historic for natural disasters with Hurricane Harvey, Hurricane Maria and the Thomas Fire in the Western United States, most of the finalists this year address shootings.

Each of the past two OJAs have had five stories related to shootings or terrorism, while only one story on natural disasters landed on the list of finalists.

The New York Times, the most awarded newsroom in top categories

The New York Times has been the most decorated media out over the last decade. It falls in the large newsroom category for organizations with more than 250 employees. Other news organizations in this category include Los Angeles Times and The Boston Globe.

Each year, newsrooms vie for the prestigious awards in the “General Excellence,” “Knight Award for Public Service” and “Breaking News” categories. The New York Times has won more than any other newsroom in these categories, bringing home an award six times since 2008.

The Knight Award for Public Service draws the most competition

The Knight Award recognizes digital journalism that “performs a public service for a defined and specific community through compelling coverage of a vital community issue or event.” With topics ranging from global health to investigations into sexual assault, it also draws the most competition.

Finalists this year include Lost Mothers, a series on maternal mortality from NPR and ProPublica, and Obama’s secret struggle to punish Russia for Putin’s election assault, The Washington Post’s reporting on the Obama administration’s faltering response to Russian interference in the 2016 election.

In 2017, The Atlanta Journal-Constitution earned the award with a data analysis of the way Georgia treats doctors disciplined for sexual misconduct with patients. In 2016, the BBC was awarded after launched its ebola WhatsApp service, the world’s first humanitarian “lifeline” news service on a messaging platform in response to the growing threat of the spread of ebola across West Africa.

Only seven newsrooms have won the Knight Award more than once.

“The selection process is driven by the overall quality of the journalism, the quality of the digital production or technology and the attention is paid to community engagement,” said David Smydra, co-chair of the OJAs.

Major news events like an election or a terrorist attack tend to affect the works submitted by newsrooms. However, the jury is instructed “not to take into account the news cycle, but…evaluate the work in its own terms,” said Smydra.

Smydra also pointed out that the ONA Board encourages the judges to ignore award selections from previous years. “The goal is to treat every year individually and focus in the quality of the story.”

Is UI/UX a solution to problems in journalism? 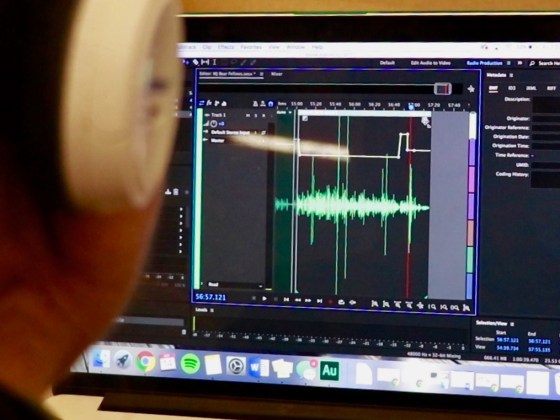 ONA on Air makes its debut