For a change, ONA’s Wi-Fi has truly been a friend of the people this year.

Unlike in years past, the heavy demands of ONA attendees have yet to cause a crash of the connection because C3-Wireless, which has provided ONA’s Wi-Fi for the past three years, purposely overestimated the number of people attending each session.

CEO Casey Collins said that ONA requires nearly five to six times more than a typical conference of its size. In Day One, the conference required the same amount of data that a technology conference of 14,000 attendees used.

Virginia A+B, a room that featured many of the sponsored sessions, transmitted over 150 gigabytes during the first two days.

Shout out to the great WiFi at #ONA17. You the real MVP.

“If we’re teaching emergent journalism, there’s not a way that I can think to do this without good solid Wi-Fi,” said four-year ONA veteran and New York Times senior staff editor Amy Zerba.

Collins attributed the heavy usage to demanding activities and frequent need for data from attendees. This year, the conference hosted a number of sessions focused on new and data-heavy technologies like Facebook Live, 360 video, live streaming and Amazon Alexa skills.

“As the conference grows and as new technology gets better, it puts a bigger demand on the network,” said Collins. “There’s more demand this year than in years past.”

Brackett is just one example of the over 3,000 attendees connecting to the wireless network, possibly on multiple devices. And with all of these tech-savvy attendees, the network still has seen strain this year.

The network is used constantly throughout the day, as seen on the graph below.

In the past, the network crashed when too many people crowded into popular sessions, causing that room’s connection to fail. This year, Collins said, the company installed more bandwidth than just the maximum capacity of a room to accommodate for sessions that attract large crowds.

Despite all of this background work, attendees did not have much to say about the wireless network other than they had little to no issues.

“In tech, you know things are good if people don’t know who you are,” Collins said.

3 innovations helping people get the facts 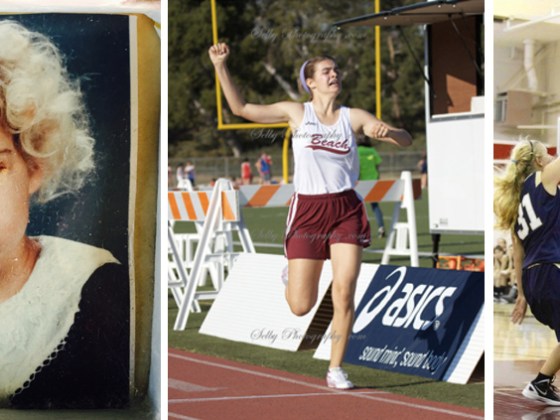 The competitor: Smashing the glass ceiling in sports