Take a deep breath. It’s time to talk about failure.

In the interest of full disclosure, I should admit this story is, in some ways, a failure. I set out to interview a bunch of Online News Association attendees about their failures and produce a video featuring the stories.

I got two people to talk to me.

But then I went to “Fail Fest 2015: I Failed, It Sucked, But Here’s How I Bounced Back” and got the reminder I needed: we all fail all the time. It’s part of journalism.

Panelist Kim Fox, director of social strategy at CBS Local Digital, had an interesting definition of one of her failures. She said she stretched herself too thin and became a “slow car crash” of exhaustion. When you’re tired, things slip through the cracks, and she emphasized the importance of getting enough rest.

“Self-care as a journalist is really important,” she said.

Fox also had advice for managers of stressed-out workers, telling them to think about their employees. When managers add an assignment, they need to take something away, as well.

Panelist David Cohn, executive producer at AJ+, talked about a project that he knew from the beginning would fail. He advised journalists to listen to their guts about whether something was likely to be successful.

If not, he said, pivot what you’re trying to do and make it workable.

Mariana Santos, a panelist and director of interactives and design at Fusion, joked about her personal failures, times when she was awkward. But being awkward often paid off and let her get to know her coworkers better, she said.

She recommended baking a cake for editors before pitching ideas. It can’t hurt.

And for that matter, take Fox’s advice and bake a cake for yourself.

ONA15 pushes WiFi to the limit 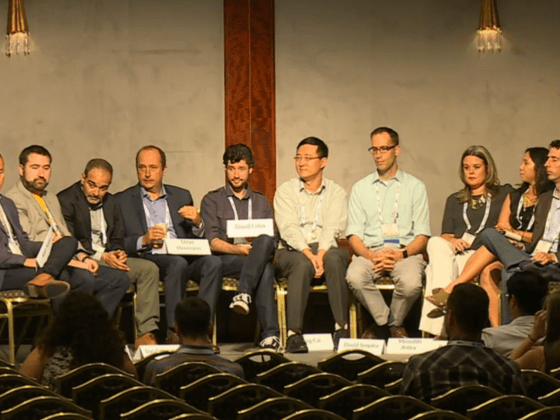 ONA candidates face one of the most contested board races ever