Everyone has to eat, and (in Los Angeles, at least) Jonathan Gold helps decide where we eat.

The Los Angeles Times food critic spoke on Thursday about his career writing about both the hot-spots and hidden corners of the LA food scene, and the responsibility that comes with the power of swaying people’s appetites and wallets.

“As journalists, we have power and responsibility,” he said, speaking about the ethics of eating and reviewing blue fin tuna, even if it is delicious.

According to Gold, the responsibility of a food critic is to review food rather than educate readers about the many social, cultural, and political issues surrounding the food, such as gentrification, sourcing, and sustainability.

In practice, though, Gold said his job is more nuanced and he has thought deeply about how he should use his influence.

“If they are doing something special to source the food, I will mention that,” he said.

Gold added, though, that he sometimes does not police the source of a restaurant’s protein as carefully as he should.

He described visiting a popular barbeque restaurant near the South by Southwest festival in Austin, Texas last year and said he assumed the restaurant had a symbiotic relationship with a cattle farm nearby.

“I was walking around and I noticed a giant stack of boxes from one of the lowest of the low meat processors in the US,” Gold said, adding that a conversation with the restaurant’s owner confirmed that the company on the boxes indeed is their meat source.

Gold said that some of the “mom and pop Asian and Latino places” he is perhaps best known for writing about also don’t follow what he considers best meat practices, but he chooses to not call them out.

“Calling out someone who’s not doing higher end stuff so that they can keep the food affordable and real seems to be hypocritical in a way,” he said. “It’s something to wrestle with.”

Other issues of class and culture have also arisen as Gold has eschewed the traditional French, white-linen restaurants that most food-critics at legacy media organizations frequent in favor of venturing out to LA’s ethnic enclaves.

Gold said it’s not his responsibility as a food critic to defer space in the world of food criticism to natives of ethnic neighborhoods, but said he’s always on the lookout to people who can write really well about the food in their own communities.

“For somebody who grows up in South Korea, the food will exist, in fact, in the context it should, as just food, as opposed to something that is presented,” he said.

Another benefit to his writing about street food in lesser-known neighborhoods, Gold said, is that he gets people to go to places they never would think to visit.

“I got an email from somebody saying that I’m the guy who ruined Cholada,” Gold laughed, explaining that the writer of the email was complaining about the new crowds and lines at the Thai restaurant.

Moderator Willy Blackmore, an editor at TakePart – which describes itself as a digital news and lifestyle magazine and social action platform for the conscious – asked Gold if he thinks about the negative ramifications of getting a richer, hungry audience into traditionally closed-off, lower-income, ethnic neighborhoods.

“I could be on some leading edge of gentrification,” Gold said. “I’m not super stoked about that.”

Gold suggested, though, that he sees more pros than cons to filling up once-empty restaurants.

Despite an increase in the amount of politics surrounding the plate, Gold appears excited about the current state of food writing, adding that there are more platforms and niche topics than ever explore for writers to explore.

“We’re in the golden age of food journalism,” he said.

How Some Newsrooms are Changing the Narrative 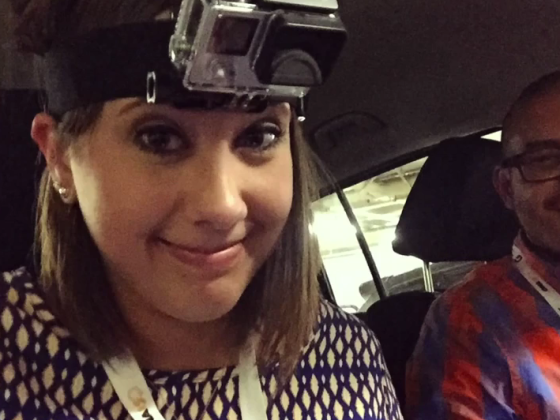 We Don’t Have to Let the Traffic Win