My name is Max Knoblauch and I don’t have a personal brand.

This is a problem. In the digital age, having a “personal brand” online is about as necessary as being literate — or at least it seems that way.

The term itself is inescapable. It’s been a central focus of every journalism course I’ve taken, every conference I’ve attended, every conversation I’ve had with mentors and advisers.

If I want to be successful, I better get started soon. So, I’ve decided to undergo a very realistic and achievable experiment: I will create the strongest online brand the Internet has ever seen and in doing so, become the best journalist in the world (on paper).

If personal brands are like journalist baseball cards, I’m looking to juice my stats up as much as possible.

How will I do this, you ask? Simple. I’ll create as many portfolios, biographies and fan pages for myself as I possibly can, on as many websites as I can find, in as short a time as is humanly possible.

Think: what Voldemort did with Horcruxes, except substitute killing Muggles with making LinkedIn connections. Very doable.

To get started, I contacted Time magazine’s humor columnist Joel Stein. Joel, who frequently subjects himself to experiments like mine, is as close to what I’m going for with “my brand” as I can imagine. Also, he almost always writes in the first person — which, of course, is great for branding.

“I’ve never really had a strategy other than wanting attention,” Joel says at the start of our conversation.

This is great news, because that’s exactly my strategy.

“If you’re interviewing me about branding, odds are you aren’t looking to be a foreign affairs journalist, so you don’t have to worry about offending people. You’ve made that agreement already,” he adds.

With the pressure of staying politically and ethically correct off my

shoulders, I’m free to dive headfirst into this undertaking. My first target: Twitter.

“First, you want to change your social pictures to something that shows success,” Joel says. “So maybe just you on a yacht. A newspaper yacht.” Done. –>

Next comes my Twitter bio. For this, I reached out to Todd

“It comes down to the very first impression of you that you want people to have,” says Olmstead. “I recommend avoiding cliches. I see someone with “foodie” in their bio every day, but I doubt very much that they are all that into food.”

With my bio, I need to convey my journalistic prowess. When someone looks at it, they should be thinking, “I need to give this guy an award.”

Keeping that idea in mind, I should also maintain a cool vagueness. Here’s what I’ve come up with:

If that doesn’t get me a job, something’s wrong with the journalism industry.

Ignoring Stein’s doubts, I went after the The Donald anyway. I knew if I wanted to have any shot at all, I needed to keep it professional and be forthcoming:

.@realDonaldTrump Hey Mr. Trump- looking to start a twitter feud with you in order to boost my personal brand. Let me know when you’re free.

Sadly, no word yet from the billionaire.

Though my feud with Trump didn’t work out exactly as I wanted, I knew that I must continue my crusade of digital narcissism. Next stop, LinkedIn.

Here’s my filtration technique for LinkedIn contacts: Are you on LinkedIn? Okay, cool, let’s connect then. It’s a great tool for connecting with professionals and forcibly spreading your brand presence.

Yumi Wilson, communications manager at LinkedIn and moderator of the 40,000 member-strong group “LinkedIn for Journalists” told me that it’s relatively easy to make a power profile.

“When you’re thinking about building your brand, you want to be really, really visible,” says Wilson. “You want a strong, action-focused headline and a summary that shows you’re the best brand ambassador in the world.”

Proving you’re the best in the world at something is pretty difficult with a character limit of about 100, but with the right buzzwords, I can probably make it work.

Wilson mentioned that I should remain as honest as possible, so I settle on “Running the Internet” and move onward.

To make a solid personal brand, you need to build up trust with your audience. You need to be believable as an authority, while maintaining an approachable, fun personality. Think: a clown wearing army fatigues. Except online. This can only be achieved with time.

Stein warns me to not try too hard.

Olmstead agrees, adding, “It’s just who you are. No bullshit, no separate ‘persona’ tailored to social media.”

My name is Max Knoblauch and I don’t have a personal brand.

Don’t weep for me yet, though, I’ve heard I still have time. 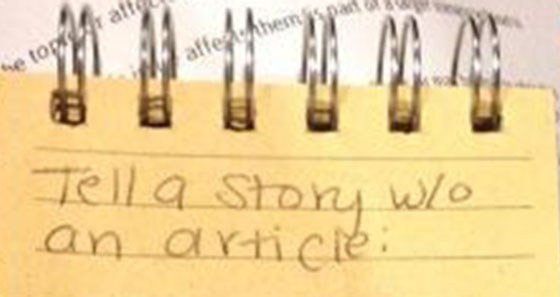 How to tell a story without writing a story 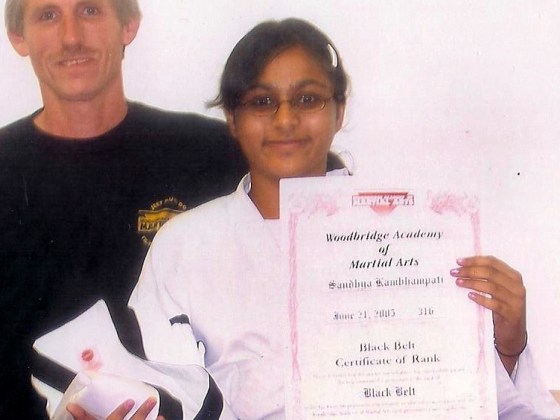