With Steely Dan and Tommy Tutone playing in the background, we’d jog around the room and do push-ups and 15 jumping jacks to get us stretched and ready.

Looking into the studio, you’d think you were looking at a dance studio, complete with a bar against the wall and mirrors. But it wasn’t.

Almost every Saturday morning for an hour and a half, the room in Iselin, N.J., was filled with kids of all ages, all dressed in white uniforms and different colored belts. I had a brand new red helmet and black gloves and was ready to spar. During practice, I’d wave to my mom sitting behind the glass. It was my favorite part of the class.

“Maybe one day, I could lead warm-ups,” I thought. “How cool would that be?”

At 5 years old, I could barely pronounce Tae Kwon Do, but it was my favorite thing about my midweek nights and Saturday mornings.

I’d enter the studio and run to talk to my friends about the latest holographic Pokémon cards. After putting a little check mark next to my name on my attendance card, I’d head to warm-ups. Then we’d practice roundhouse kicks and tornado kicks up and down the mat.

Off the mat, the guys were my friends. On the mat, however, girls had cooties and they were fragile, they’d say. The guys weren’t necessarily afraid to fight me, but they were definitely scared of their getting yelled at by their mothers.

Tae Kwon Do was not a girly sport, but I was a girly girl — the one who liked dressing up in stockings and sparkly shoes. But I was strong and could fight. If I got attacked, I knew how to defend myself.

“You can do it,” Master John would say. I believed him.

During the summer at Merrill Park, we’d spar outside. If I put my mind to it and hit them in the right spot, I could do it. That’s why I stuck with it.

Thirteen belts and six years later, I had gotten into Tae Kwon Do, grew to love Mary Kate & Ashley Olsen movies and still thoroughly enjoyed dressing up in dresses and heels. And I was a third-level brown belt. Just one more step.

“Do you think you’re ready to take the exam?” asked Master John.

A four–hour exam was the only thing standing in the way of my black belt. I had come a long way since I broke my first set of boards and now, I was leading the warm-ups. All the boys who thought I was too “girly girl” were almost all black belts. Why was I waiting to take my black belt exam? There was no reason not to try, so I took a chance.

Every afternoon, I’d come home from school and practice. I had to memorize all the forms and create my own. This exam was not only a test of my physical strength, but mental strength. My shiny red helmet was now worn and didn’t match the newer black gloves and shoes purchased as I’d grown up.

On my exam day, nine years after I started, at nearly 14 years old, I was ready. Kicking and punching down the aisle, I was getting tired. Fighting one-on-one at first wasn’t so bad, but it seemed as if I blinked and I was fighting four-on-one. They came from all sides, and I had to have a strategy. Years of classes taught me how to solve problems on my feet in seconds and how to think ahead of what the person might do next. I wanted my black belt, and no one was going to get in the way.

Looking through the glass where my parents sat, I could see a little girl with a yellow belt. I was once that girl. Tae Kwon Do was such a huge part of my life. Not only could I now pronounce it, but it was one of the most important things in my life. While the belt color was always changing, I always had that white uniform. I was always working toward the next belt and thinking about the next moves about how to defend myself against the next person.

After nine years, I received my black belt and it was the best feeling in the world. Seven years after earning my black belt, I think I still can defend myself.

Although I don’t practice Tae Kwon Do today, I still apply the lessons learned in the rest of the my life, particularly when a source tells me no. I’ll pick up the phone, message or Tweet again with the same determination I had on the mat.

At the end of the day, having a calling in martial arts helps me in other aspects of my life. Tae Kwon Do made me a more determined journalist and makes me want to put the same passion that I had for Tae Kwon Do into everything I do. It showed me that girls, even if they have cooties, can break boards and kick some butt.

Sandhya Kambhampati, 21, is a senior at Ohio University. 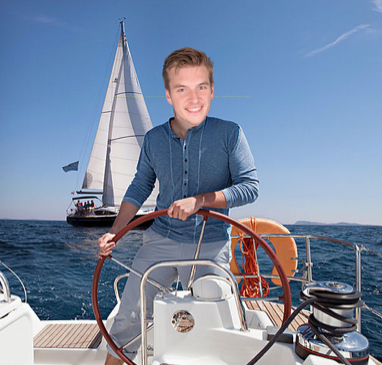 I am brand: Achieving success online 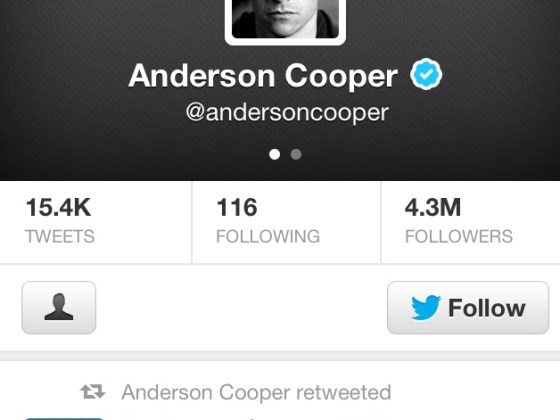