Mariah Castañeda knows Los Angeles. She has reported on the city for years, so when the opportunity emerged to be a part of founding a nonprofit news source that would serve communities of color, she jumped at it.

Tired of having to choose between legacy news outlets that she said have a history of excluding and harming certain communities or smaller media outlets that lack resources, Castañeda was excited to work as an audience director (and now co-founder) of the Foundation for Los Angeles Journalism.

“What if we have a media space that is led by people of color? We mostly have people of color, and we have funding so we can make sure everybody has a living wage, has full benefits,” Castañeda said.

The Foundation is just one of many nonprofit news sources that have popped up in California in recent years. Against the national backdrop of dwindling news outlets, nonprofit initiatives are stepping in to fill the gaps.

What are news deserts?

The term “news deserts” describes communities that lack access to a reliable and trustworthy news source. They are problematic because without good journalism, people aren’t able to participate in democracy as fully-informed citizens. They are kept in the dark about what their elected officials are doing and how their tax dollars are being spent.

Since 2004, there has been a net loss of 2,511 papers in the U.S., according to Northwestern University’s Medill School of Journalism. The university’s Local News Initiative conducts research on how many newspapers are active, and how many have been lost.

Although news deserts are found across the U.S., they hit communities that need journalism the most — ones that are economically struggling and traditionally underserved, according to a report from the university.

Three of California’s 58 counties don’t have any newspapers. Another 13 only have one. The news sources that do exist are clustered around cities.

But as traditional newsrooms decline, nonprofits are stepping in. There are 32 nonprofit news sources that cover local or statewide news in California, according to the Institute for Nonprofit News. (Note: This number only includes nonprofits that are current members of INN, sourced from its member map.)

As is common with traditional news, nonprofit newsrooms tend to be more numerous in cities. Los Angeles and Alameda Counties — where the University of California, Berkeley, is located — have the most nonprofit news sources. But this type of newsroom is also in less populous places: 16 counties in the Golden State now have a nonprofit organization that covers local or statewide news.

Remedies and looking to the future

As the director of local sustainability and development for Report for America, he has seen the positive changes that come from bolstering community news. Report for America sends journalists to local newsrooms and provides them a stipend to work full-time. The nonprofit is only five years old, and it placed 300 reporters in newsrooms in 2022.

“There’s peers in our industry — they’ve got this white glove approach to where they’re really selective about markets they do,” Franko said. “We kind of have our Carhartt work gloves on with sledgehammers, and we’re going in — 300 hires and 200 newsrooms. That’s a lot of newsrooms.”

Franko hopes for even more attention and investment directed toward underserved news deserts. He pointed to the California’s legislature’s recent $25 million investment in local journalism as a sign of hope. The money will fund up to 40 reporters a year who will each receive a $50,000 stipend. 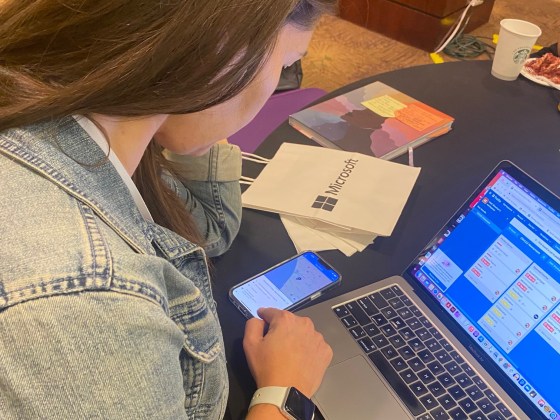