The Online News Association 2022 conference featured an array of innovative journalistic practices with panels on how attendees can use comics, zines and TikTok in their newsrooms. Among these creative tools, games also have the potential to bring “playable news” to larger audiences and help them better access, understand and engage with news stories. While newsgames are still being established in the journalism world, newsrooms may already have experience with the technology and storytelling techniques that comprise them. In fact, ONA attendees had multiple opportunities to interact with game engines and design concepts throughout the conference.

At the ONA opening night event “Welcome to LA: The Magic of Media,” representatives of Arizona State University’s new graduate program in Narrative and Emerging Media showcased virtual production technology that utilized Unreal, a game engine, to create graphics and environments. Many of the documentaries attendees experienced at the ASU exhibit “Driving XR Forward: Trailblazing Women in the Industry” used the game engine Unity to tell nonfiction stories about schizophrenia, Black history and nuclear threat.

Journalists who don’t have the tools to create newsgames themselves can also collaborate with interested game developers. In 2016, The New York Times partnered with game studio Everyday Arcade to create the op-ed game The Voter Suppression Trail, a riff on The Oregon Trail that applied the same tropes of the classic educational game to the process of registering to vote and casting a ballot. The studio usually takes a light-hearted, topical approach in its mission to help people “play the news, one game at a time.” The collaboration resulted in an Emmy nomination for Outstanding New Approaches in Arts, Lifestyle, and Culture, and the two companies teamed up again in 2020 to make Privacy Chicken, a game about the handling of personal data online.

ONA itself has been part of the growing recognition for new mediums of journalism, handing out the Online Journalism Award for Excellence in Immersive Storytelling since 2017. The award acknowledges projects that use XR, 360 video and “other emerging media.” This year’s winner, Un(re)solved, used WebGL to share the human stories behind the Emmett Till Unsolved Civil Rights Crime Act. The multiplatform experience unfolded through augmented reality, users’ microphones, and browser interactions – many techniques used in entertainment games, recontextualized in journalistic coverage of a complicated history.

As the barriers between old and new media continue to erode, ONA and its membership will continue to be at the forefront of these storytelling innovations and technological progress. 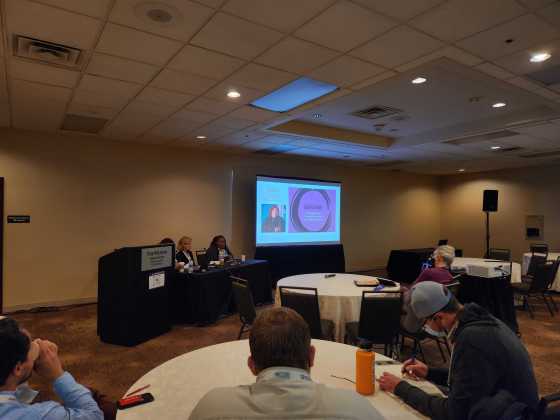 As journalists look to build trust, solutions journalism might help