Each year, directors begin to plan for the next Online News Association conference practically the second that the prior one ends. This includes scheduling sessions, inviting speakers, pulling together the Student Newsroom and Innovation Lab, and booking hotels.

2021’s conference was a little different.

This year, planning technically began in January, though directors initially began toying with the idea of a virtual conference in March 2020 to prepare for its first remote conference in the fall. Eventually, the process morphed into creating plans for ONA21 since the two conferences would use similar formats.

Since there was no need to go back to the drawing board completely for this year’s distanced event following the offering in 2020, ONA21 had a slight advantage in the planning process.

However, ONA Chief Knowledge Officer Trevor Knoblich said they still experienced some bumps in the road.

“No matter how many times we do this, it’s always a challenge.”

Knoblich said the months leading up to ONA20 were spent testing out virtual platforms that would be used during the conference. This gave directors a chance to work through any bugs beforehand.

With the success of the first virtual conference, the team of 12 worked efficiently to bring the second together. Knoblich said directors knew ONA21 would have to be virtual due to uncertainty of what vaccine rollout would look like and how comfortable attendees would be meeting face to face.

This is part of the reason the conference got bumped up to June from its traditional place in the fall, which caused a major shift in the planning timeline.

“Everything was very accelerated in terms of pulling the schedule together,” Knoblich said.

In planning the second virtual conference, Knoblich said the biggest change came with the session schedules. ONA20 consisted of half day sessions over the span of 10 days to maintain as many events as the in-person conference while trying to prevent Zoom fatigue — but Knoblich said the team was “run ragged.”

Directors made the decision to scale back the conference to the typical four days while keeping the half day schedules to further prevent burnout. Nekola said he believes this is why attendance and engagement numbers have grown.

Networking continues to be a tricky part of the virtual conference, though. Knoblich said a majority of attendees indicate that networking is what they value the most from the conference.

Tools like Grip were used to offer remote opportunities to connect, which had some advantages. Attendees could see a full list of conference goers and indicate instantly their interest in chatting. However, Nekola acknowledged the desire of many to have casual hallway run-in’s once again.

“ONA conferences are always seen as a reunion for a certain subset of people,” he said.

One of the innovative parts of ONA21 was the virtual Student Newsroom. Last year, ONA chose to give students and mentors a break but sought to bring it back in a new way.

Diana Lopez, a program coordinator who works directly with the Student Newsroom, said some major changes had to take place in order to make the virtual conference work. Instead of the usual 20 students, only 10 were brought in for the program.

Additionally, Lopez said they chose not to put out applications for student mentors. Michelle Johnson and Katia Hetter, the volunteer leads of the newsroom, “handpicked” each mentor for this year.

“They picked people who have been mentors in the past, who have experience and who are pros at this,” Lopez said. “That’s why you have this very tight knit group of mentors.”

With the conference taking place in June, Lopez said students and mentors came into the week with an “open mind” since there was limited time to plan.

However, Lopez did worry about fostering connections between students and mentors in a remote environment.

“It was my main concern,” she said. “Usually, we trap you all in a room and then you are automatically friends… So, how do we make that happen in a virtual space where everyone’s in their different houses, in different time zones?”

She said having open Zoom spaces every day for people to connect was essential to making some of that possible. Additionally, meetings prior to the start of the conference were beneficial, she said, to bringing people and plans together.

On Friday, ONA announced it will hold its first in-person event since 2019 in Philadelphia.

ONA Insights will be a two-day program from Oct. 14-15 to offer training and preparation for 2022. While the event is in person, some directors believe the past year of virtual work could help foster more remote opportunities for ONA Insights and future conferences.

Nekola said the online networking platform Grip might be something that sticks around. This year, ONA introduced a “Networking Pass” that gave people access to have networking conversations instead of the full sessions. According to Nekola, a few hundred more people were brought into the conference that way.

“I personally see [Grip] as a potential second stream of revenue,” he said. “It certainly can be cost prohibitive for people to travel to another city and get several rooms at a hotel.”

As for the newsroom, Lopez said she’s looking to expand the program in the future and bring back mentorship applications. Like the main conference, she said she believes the Newsroom may continue to have virtual elements moving forward.

“I do believe the future is going to be hybrid,” she said. “So, we’re going to have to figure out a way to do both an in-person and virtual Newsroom happening together.”

As for the near future, Lopez said plans are still in the works to allow the Student Newsroom to cover the 2021 ONA Awards, which will take place at ONA Insights. 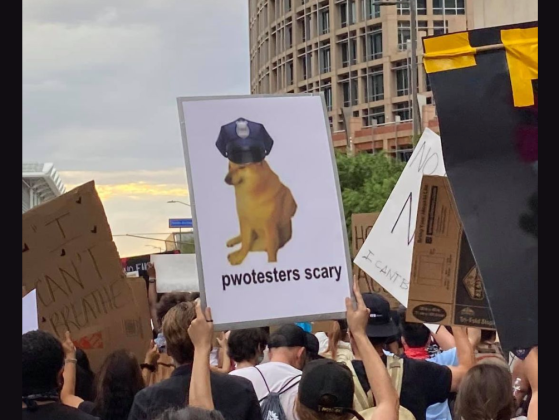