Any run-in with the law can stick around in the digital world. Whether a misdemeanor or a felony, with a dismissal or a sentence, published news reports can just be a Google search away.

Alexandra Natapoff, a law professor at the University of California-Irvine and author of Punishment Without Crime, said “it’s a fiction that the consequences of misdemeanors are minor” at a National Press Foundation briefing titled “Misdemeanor Nation” in 2019.

The Boston Globe’s Fresh Start initiative is trying to redress those real harms. Adding an editor’s note to a story, removing an article from search engine results, or taking down a story from their website are among the options that the Globe may consider.

Jason Tuohey, the managing editor for digital at The Boston Globe, said that stories “live forever” on the web during “When to Unpublish: Should the Internet Be Forever?,” one of the ONA21 conference case-study sessions.

Before the digital age, print publications including the Globe produced a lot of stories about “minor incidents.”

“It would run for a day and then that story would disappear; and then you throw out the newspaper or recycle it,” Tuohey said. “The next day, you get to read that day’s news.”

And while the historical record stayed intact in archived copies of the newspaper, labor intensive research would be necessary just to resurface stories in library catalogues.

With the advent of the internet, however, search engines are “supercomputers in our pockets now” — ones that can quickly “highlight a private citizen’s worst moment, at the top of the search results until the end of time,” Tuohey said.

Although journalism is a profession all about getting answers and setting the narrative straight — daily coverage of every story isn’t possible, so some are left unresolved with no follow-up after the immediate incident. Tuohey suggested even though someone might have been arrested, oftentimes it’s still unclear whether a conviction ever even occurred — let alone any charges, if there is no followup coverage.

So, a potential employer might do a search for someone that turns up the story of an arrest, but not the fact that charges were dropped.

To address this reality, the Globe created a committee composed of 10 newsroom employees who meet monthly to review appeals directed to Fresh Start from those who may have been harmed reputationally or otherwise.

Gregory Lee, one of the Globe’s senior assistant managing editors, said the appeal letters allow for applicants to offer examples of how a story search engine result has drastically altered their lives — from finding gainful employment to being denied educational opportunities, just to name a few.

Since the group’s official launch in late January, they’ve received 70 to 80 requests through their website for their review. While there are no exceptions for what type of stories can be submitted for review Fresh Start is not subject or required to act on any particular case.

“Every case is reviewed but not necessarily acted upon,” Lee said. “There are some cases that may not be applied for the standards that we have placed in terms of making a resolution to a particular case.”

Among the factors that the Globe considers: the severity of a crime, if charges or a conviction are brought, whether it’s a felony versus misdemeanor and whether a criminal pattern exists or if the event is an isolated incident.

Most of all, however, Lee says they ask: “Does the news value of the story currently outweigh the damage being done to the person?”

Now, Tuohey, Lee and the rest of their team are constantly considering how their coverage and reporting practices have shifted to better align with Fresh Start’s aims in “working to better understand how some stories can have a lasting negative impact on someone’s ability to move forward with their lives” in the aftermath of America’s racial reckoning last summer.

“We are not in the business of rewriting the past, but we don’t want to stand in the way of a regular person’s ability to craft their future,” as a statement on the website said.

Newsroom leaders are now contemplating how crime stories are being covered today — and which ones for that matter.

The goal is to continue covering newsworthy public safety issues for their readership while simultaneously steering away from minor incidents and some police press statements that can sometimes be flawed.

“An over reliance on police accounts” can shape an entire narrative and even “an extreme example” like the murder of George Floyd in Minneapolis aptly reveals that, according to Tuohey.

At the same time, there’s “an inherent inequality in recording of minor incidents that has always existed” and aren’t necessarily newsworthy in nature, he noted.

The legalization of recreational adult-use of cannabis in states like Massachusetts, New York and most recently Connecticut may eventually come into play for Fresh Start.

State lawmakers across the Northeast are now focused on expunging the conviction records of those arrested for cannabis-related offenses, but should newsrooms in those same markets also unpublish as well?

Well, in the case of Fresh Start, not proactively at least. Only those who apply by filling out a petition are able to have their cases considered — even though possessing cannabis recreationally is no longer a criminal offense in the Bay State.

Opting into a voluntary justice-aimed initiative may not be the panacea that applicants hope for. As reported by The Boston Globe, the state’s new system to handle the review of cannabis expungements performed poorly just six months after its initial launch: only 12 convictions were erased out of 219 requests — a five-percent success rate.

In the end, justice is still an open ended question left to be answered. It’s far from perfect, and admittedly still a work in progress.

As newsrooms continue exploring solutions for this ongoing issue, Lee says it’s important for the industry to foster conversations and share successes and shortcomings with other newsrooms that might be considering to unpublish too. 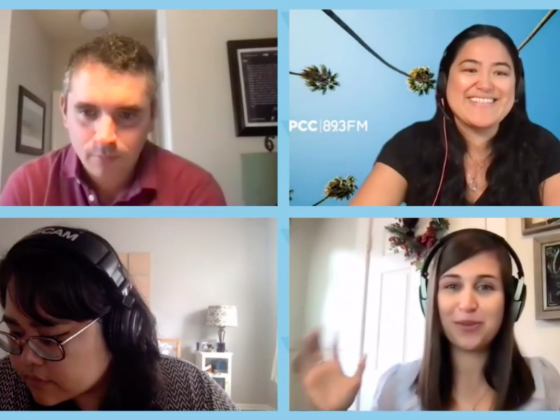 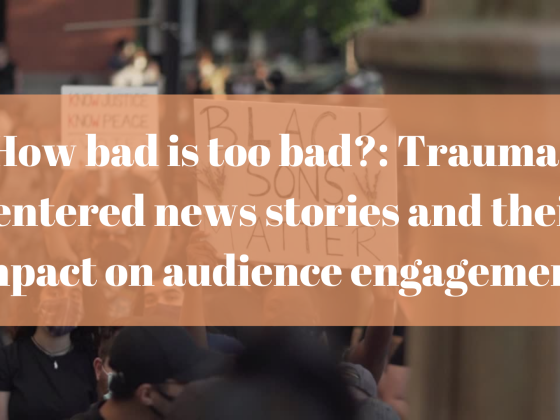 How bad is too bad?: Trauma-centered news stories and their impact on audience engagement