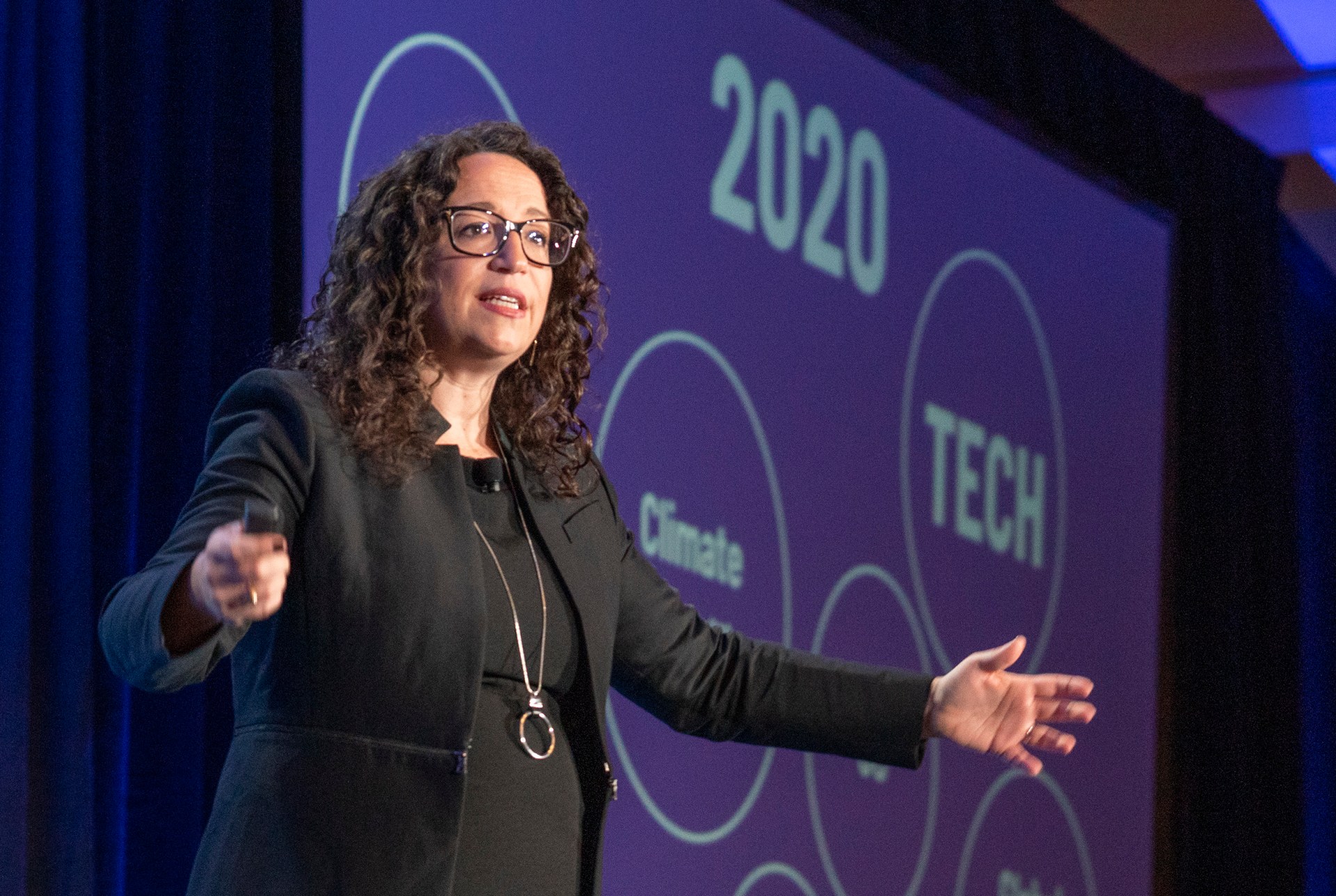 Amy Webb has made her name by sharing her vision of the future of journalism each Saturday morning at the ONA conference. On this Saturday, she gave us a glimpse into her own.

At the end of her much-anticipated annual Tech Trends presentation at ONA19, Webb announced that this would be her last ONA talk. Since 2008, she has presented a talk on emerging tech trends, and many ONA attendees rely on her readings of the crystal ball of digital journalism.

“It’s time to pass the baton … I don’t work inside of a newsroom anymore. I haven’t for a very long time,” Webb said, as the crowd let out an audible “aww.”

“It’s important that as this session continues, and it will, that the people every year doing this are those working in their newsrooms learning to use these tools and applying these tools and giving their own perspective. Because we need more futurists. We need more of you doing this work — people who are trained. And I think I need to make space for another generation of people to do this.”

Her replacement will be Sam Guzik, a senior product manager at Hearst, who was Webb’s former graduate student at New York University’s Stern School of Business. She’ll coach him so he can deliver the talk at ONA20 in Atlanta, and then he will pass on the responsibility the next year. Webb brought Guzik on stage for a portion of this year’s talk.

In this year’s talk, Webb analyzed synthetic content and the danger of deepfakes, as well as broken digital subscription models.

Over the years, Webb has highlighted a variety of findings, which she does not consider predictions, but part of a “strategic foresight process” that involves pattern recognition and modeling.

More than a decade ago, she thought a little site called Twitter would become a prominent tool for journalists, cloud computing would allow reporters to write on the go and QR codes would be used for advertising in newspapers and magazines.

Last year, she highlighted tech like spatial computing and blockchain. She also gave a substantial amount of her presentation to representatives of the blockchain startup Civil, which launched shortly after the 2018 ONA conference and failed a few weeks later.

Webb is known for providing gifts or refreshments during her talk, and Saturday’s event had a distinct NOLA flavor. This time, Webb provided beignets and coffee.

Good morning! Please help yourselves to coffee and beignets before we begin. Breakfast is on me today. #ONA19Trends

Webb started her career as a journalist, working in Japan for Newsweek and Hong Kong for the Wall Street Journal. She now calls herself a “quantitative futurist” and is an adjunct assistant professor at New York University Stern School of Business. She’s also written three books, her latest titled, “The Big Nine: How the Tech Titans and Their Thinking Machines Could Warp Humanity.”

Her talk has become a mainstay of the ONA conference.

Waiting on @amywebb’s #ONA19Trends talk at #ONA19 and wondering if it’s going to be like 2017 and send me into a spiraling existential crisis like pic.twitter.com/5ePcS6cGh3

Webb began tearing up and sniffling in the final minutes of the session as she neared her “very big announcement,” that she teased when she first took the stage.

She was met by a standing ovation from the crowd as ONA organizers thanked her for her contribution to the conference. “Your service has just been commendable and we are really going to miss you,” said Trevor Knoblich, head of programs and events at ONA.

It truly has been a privilege and an honor to give this talk for the past 12 years. I’m humbled and I’m grateful. #ONA19Trends

For the last five years, Webb has live-tweeted her own talk, with pre-written posts populating her Twitter feed throughout the hour. ONA attendees quickly took to Twitter themselves, reacting to Webb’s announcement.

Newsroom leaders should also pass the baton. @amywebb is trying to lead by example. #ONA19Trends

Thank you SO MUCH, @amywebb for your insights and wisdom through all these years at @ONA. #ona19trends #ona19 pic.twitter.com/MWXwcoEVJo

What an emotional end to such a compelling and important talk. (We love Amy!!!) Standing ovation from the entire ballroom. #ONA19trends pic.twitter.com/azpomi8tL8 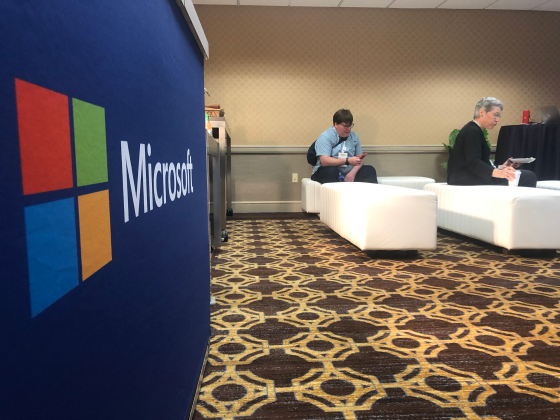 International journalists face a bigger challenge to be hired in the U.S.