During the final day of the ONA 18 conference, Amy Webb presented her 11th Annual Tech Trends For Journalists. A self-declared “quantitative futurist,” Webb has created a cottage industry as a consultant and through her Future Today Institute. She has an appointment as a strategic foresight professor at the NYU Stern School of Business.

One of the most anticipated annual events at ONA, the ONA Newsroom will be liveblogging and experimenting with a new storytelling platform from Google during her session. Refresh this post as the session goes along for the latest.

Last year, the ONA newsroom looked back at her first tech talk in 2008 and evaluated if she had been right. This year, follow along the social conversation with #ONA18trends.

Update 10:08 a.m.: Webb kicks off the presentation with recaps of last year’s #ONA17trends. She said she was correct about the splintering of the internet and other trends. The shuttering of newsrooms and layoffs at media companies wasn’t something she predicted but she discussed its impact.

Webb discusses the last year’s events surrounding the media and the audience’s perception of journalists. She says she’s not going to scare us this year in her tech trends talk. She says she sees opportunity in this room.

“The next hour is for you,” Webb says.

Update 10:20 a.m.: Running down the second annual tech trends report with 108 new trends. Webb focuses heavily on the blockchain technology outlined in the report. To find emerging trends, they start by looking at the fringe.

“Trends are just the beginning. They’re what you use to create action plans,” Webb says.

Today’s trends will build on each other.

First key finding: 2018 is the beginning of the end of smartphones. Looking back at 2008 and the flip cameras, iPod nanos, the launch of the Apple app store and more. All of those devices are wrapped into one in the iPhone. The smartphone market is starting to erode, partially because of their incremental benefits.

Webb is most excited about Magic Leap. Only a few people in the audience have heard of it, even fewer have used it. It’s not something you’ll buy just to wear in your living room. But Webb says it’s going to “completely shift and change how we interact with the world around us.”

Magic Leap is the next big thing, @amywebb says. By bringing people into meeting rooms virtually, it could revolutionize newsrooms. #ONA18 #ONA18Trends pic.twitter.com/o9zin46mPx

In Webb’s use of this technology, she says it was awesome but grew a bit overwhelming. She says we’re in the early days of this tech, and we must exercise patience as it evolves.

This implies that one day you’ll sit in a meeting having conversations with people in other places. It will create a more intimate setting than something like FaceTime.

Webb says she felt the same excitement about this tech as she did about the early days of the internet. It’s not just for entertainment, it’s going to change how we fundamentally relate to each other.

Update: 10:40 a.m.
Webb went on to talk about tech implementations of spatial computing including faceprints, generative adversarial networks (where neural networks test strategies against each other), computer vision and extrapolation of data from images.

She wrapped the section with an optimistic scenario for media companies to lead utilizing spatial computing. Mixed reality could be used for in-depth reporting—reporters can start investigating algorithms and alert others to photos and videos that have been compromised. It’s a way to turn mixed information on itself.

Mixed reality reporters could connect during events. In real time, people can see news that is spatially computed.

This also presents new opportunities for revenue streams for media organizations to lead in the mixed reality industries.

Key finding two: In 2018, blockchain technology is ready for use.

Tech Trend one: Immutable Records. Blockchain tech allows for the creation of a distributed immutable record. It can be used to distribute more than just financial information.

Immutable records can be applied to journalism in “incredibly cool ways” Webb says. She described “certified reporter’s notebooks” built on the blockchain, next-generation wire services, ability of journalists to go around oppressive governments and preservation of journalism regardless of future technological evolution.

Webb highlighted an Israeli startup, Neura, which is using PIIs with artificial intelligence as a service to help people live better lives. The algorithms can remind people to take medication or guide one through their day.

An example of this use could be Uber. The system could share information about your Uber driver, where they’ve been recently and if anything seems unusual to their routine, like sleep.

She predicted a new iteration: Personal Data Record (PDR). All of our data tied into one place and Webb predicted that that would be controlled by one of the big nine tech companies.

This could allow complete medical histories to be passed down from one generation to the next.

Tech trend three: Distributed Computing. It’s like Airbnb for your phone that pools computing power together. Several companies are using this technology.

Honeycomb helps publishers monetize their mobile app by crowdsourcing unused phone power. Honeycomb is the next step in tapping into the excess capacity of phones. Watson says lots of companies are doing this in a web browser but Honeycomb sees the importance in doing this for mobile.

They aim to support an independent press.

.@amywebb brought Orlando Watson, the founder of Honeycomb, which Webb calls one of the smartest startups she’s ever seen. #ona18 #ona18trends pic.twitter.com/Iy00ik4cRG

Honeycomb integrates their software into news apps, allowing users to opt into the service. At night, when phones are charging, they’re generating digital currency and users get a piece of that.

The more people that opt into this services, the better the revenue for the publisher, Watson says.

People are increasingly getting their news from their mobile devices, Honeycomb knows that’s where they need to be. Honeycomb offers a frictionless payment method, “you set it and forget it” Watson says.

Tech Trend three: Tokens and Tokenomics. Tokens are units of value that a business creates to self-govern its operations, incentivize its users and distribute benefits to all stakeholders.

As we know them, news organizations rely on ad revenue and subscription based models.

Tokenomics is going to disrupt news in a good way, she says.

Civil is a new way forward to address the idea that journalism is in crisis, Illes said.

Iles spoke about Civil and the “What if…?” questions they asked themselves in the beginning. Civil dreams to be a network of newsrooms committed to ethical journalism and held accountable by everyday citizens.

They’re hoping to solve the issue of sustainability. With their unique currency, people can support the newsrooms they want to.

Iles believes this creates a new stack for journalism. Something owned by the people.

Update 11:08 a.m.
Schiller discusses the Civil Constitution that they are holding every newsroom they work with accountable to. There’s also a Civil Council to be a check and balance in case of issues. They will be an independent 501(c)3 and they plan to have grants.

“We already have a lot of journalists on board,” Schiller says. The Colorado Sun is one newsroom that is built on the Civil platform.

Civil Launch, an initial coin offering, is coming soon and all proceeds will go to the Civil Foundation. The platform will launch mid-October and registration is open now.

Scenarios for 2023: Blockchain for trust and revenue. Webb encourages newsrooms to experiment with this tech over the next several years. This tech can be used for full transparency so trust can be rebuilt.

Webb is fast forwarding to the end of the presentation, already eight minutes over her scheduled time. She’s encouraging people to download the open source, tech trends report and explain it to people back the newsrooms.

Update 11:10 a.m.
Webb says to talk to guests here, saying she has no financial investment in them. She just wants everyone to learn from their brilliant ideas.

“It’s time to push up our sleeves and get to work,” Webb said as she wrapped her presentation.

.@reporterjulie says her newsroom hasn’t started exploring block chains yet, so listening to @amywebb’s talk got her excited for the future. #ona18 #ona18trends pic.twitter.com/J2d8NibGHg 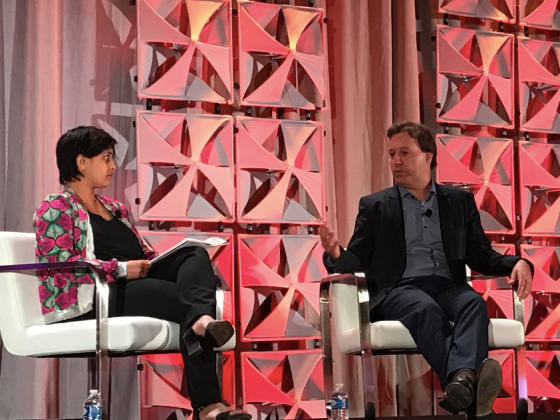 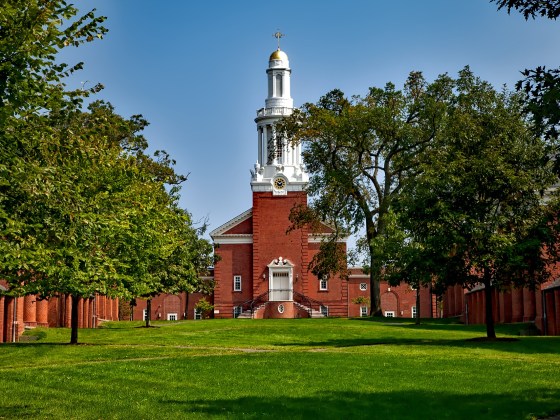