Looking beyond engagement on social media posts and getting to know your audiences is the challenge for newsrooms today, according to a panel of experts who spoke about building trust with diverse communities.

Accurate and fair reporting, they say, requires having ongoing relationships between reporters and traditionally marginalized communities.

Relationship development is crucial when turning people into sources, said Meredith Clark, assistant professor at the University of Virginia.

“Talk to them [people on social media] as though they are a neighbor or someone in a coffee shop,” Clark said. “They want that human engagement.”

The challenge is that traditionally marginalized communities distrust the media, according to a recent study from the Knight Foundation.

Newsrooms should go beyond the “likes” and “shares” and look at the dialogue around their posts, said Nisha Chittal, engagement editor at Vox. Journalists should learn from audience feedback and be open to criticism around their work, she said.

“It is really important and incumbent on journalists to resist that urge to be defensive, and truly listen and be willing to learn from other people’s perspectives, because that is the only way that we start to better understand these other communities,” Chittal said.

Moderator Anusha Alikhan, director of communications for the Knight Foundation, said after the event that young people can play a critical role in ensuring there is fair coverage of diverse communities online.

“I would say just keep doing what you’re doing to the young people, and also really take a good look at the evolution that technology is going through and how it can contribute to richer conversations and more critical reporting around diverse issues.”

In an interview after the event, Cheung said that he was happy with the diversity in the audience present in the room during the panel.

It is important for reporters to think beyond their own experiences when trying to figure out what is important to the communities they cover, Chittal said in an interview after the panel.

“We have to be careful to not depend on our own emotions and opinions when making decisions about what’s worth covering,” Chittal said. “And really listen to the audience in these communities and what they are telling us is important to them.”

Chittal said that having diversity in all levels of newsroom jobs can ultimately help organizations produce accurate coverage of a range of communities.

“If you have people from various diverse backgrounds and communities in your newsroom, they will bring different perspectives on issues and they will help everybody in the newsroom learn more and become smarter and become more thoughtful, because we’ll be exposed to different perspectives,” Chittal said. “And that’s a really important part of the job as journalists.” 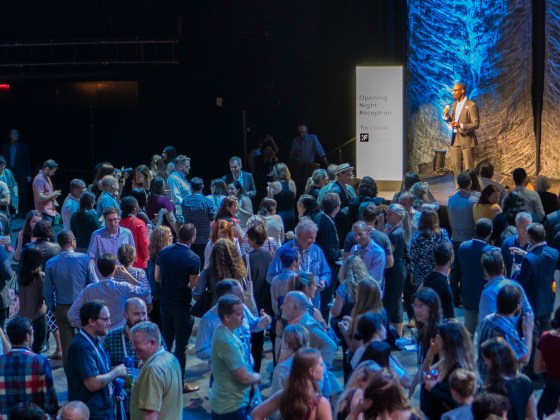