Before I left my grandmother’s house in Burton, Michigan, to make the 10-minute drive to The Flint Journal, I’d grab a glass of water without worrying about it.

I didn’t have to think about the water there, because Burton is on a completely different water system than Flint.

But as soon as I left my grandmother’s house to head to my summer internship, reminders of the water crisis, which began in the spring of 2014, were everywhere.

I could see it in the line of cars waiting for water bottles and in the plastic bottles we drank at the office.

Or when I visited the photo intern at her apartment in Flint, and she’d remind me to bring something to drink because she didn’t trust the filter on her sink.

The only offer I got

The water crisis wasn’t what drew me to Flint. After applying to what felt like an endless number of summer internships, the only offer I received was there.

After two years at Western Michigan University studying journalism, I jumped on the chance to spend the summer working at a professional newspaper for the first time. Every day as the spring semester drew to a close, I grew more and more excited.

Because I was so excited to be coming to Flint, I was surprised that friends and classmates questioned my decision, citing Flint’s crime, water and a lack of infrastructure.

Flint has been called one of the most violent cities in America, but I came anyway. Detroit typically ranks high on those lists as well, and it is a city I am very passionate about. I wanted to see Flint for myself.

No making coffee for the newsroom

I was the only news intern this past summer, and my editor assigned me to a couple of stories on my first day. I was relieved to learn that there was no coffee-making involved.

“This is what I was looking for,” I told myself.

As it turned out, the stories I worked on during my first week in Flint defined much of my time in the city.

During my first week, I wrote a brief profile about a group of teens who were cleaning up the Civic Park neighborhood for a first-time festival. It was a simple story, but one that received hundreds of shares online. Many people expressed gratitude on social media for the newspaper’s effort to shine a light on something positive.

Although I was assigned a few feature stories at the start of my internship, after a while the stories began coming to me.

Thinking about it now, I realize that features was a completely natural place for me to be in the newsroom. There were reporters on water, crime and education but no single person working on features. I’d found my niche.

I covered other news stories, too — prison sentencings, Michigan’s social studies curriculum and city hall. I also reported on a hearing about the Flint water crisis.

How Flint came together

But I spent most of my time in Flint reporting and writing features about the variety of ways in which the city came together.

The cleanup in Civic Park became the operating three-day Heritage & Harmony Festival, which I covered about a month after my initial story.

“There’s a lot of behind the scenes work, when it comes together, it makes you feel so good,” the organizer told me. “You bring together all these different entities and you see the whole community jump on board and support it. It’s like heaven.”

One of my favorite stories was about a man who was raising money to renovate the Flint Skate Park, the only park of its kind in the area. The city hadn’t maintained the park, and it was in terrible condition.

“Locals put their own time and money into this stuff,” Daniel Wilson said. “Not the city.”

Wilson was leading a grassroots effort, borrowing tools and getting his friends to volunteer their time all because he believed that Flint kids need a skate park. After my story was published, he received more donations and the park renovation almost completed when I left in August.

I saw people’s genuine appreciation for what the volunteers were doing. Wilson told me that my story made an impact. That was one of the best feelings in the world.

More than crime and poisoned water

Of course, these positive stories couldn’t erase the painful stories in Flint.

The water drives still made my chest hurt, and the scanner still kept me awake at night. But my stories helped to balance out some of the news out of Flint, reminding people that there’s more to Flint than crime and water.

I learned that these “small” stories aren’t such small stories, and they matter. They aren’t less important than crime or the water crisis. They’re important because they show the full, multifaceted picture that Flint is.

I saw the importance of these stories in the residents who were surprised to see me at certain events and in the emails I received from people who appreciated my coverage.

Through covering all of these stories, I came to understand and admire the resilience of Flint’s residents. It’s something I could see in the high school robotics team and in the toddlers attending a preschool for lead-affected children.

Every person I talked to believed that Flint could and would come back. Flint natives wore their love for their city on their sleeves, and I didn’t want to leave.

Saying goodbye wasn’t easy. Sometimes I had to pinch myself to make myself remember that I had to head back for another semester of school. I felt like I learned so much on the ground compared to what I could learn in a classroom.

In some ways, I got the experience I would have gotten from any great internship: I got more comfortable pitching stories, my turnaround time improved and I got better about overthinking my reporting.

I also learned about the importance of letting stories come to me. I remember stressing on Sunday nights if I didn’t have a week’s worth of interviews scheduled. But more often than not, there would be an email in my inbox from someone who had a story that they thought I’d like.

That’s because they knew me: I walked the streets of downtown. I let the community get to know me, which I believe is what made it so hard to leave.

I think back to the spring before I came to Flint, and it’s difficult for me to imagine my career without this experience.

In fact, it’s difficult to imagine my life in any way without this summer. I grew as a journalist and I grew as a person. I’m 19 years old and I know I have so much to learn. But I also learned so much in Flint.

Flint natives like to say “Flint Made Me.” They wear the slogan on their shirts, proclaim it proudly on their social media. I can’t claim that. But I’d like to think that Flint chose me. And for that, I am grateful. 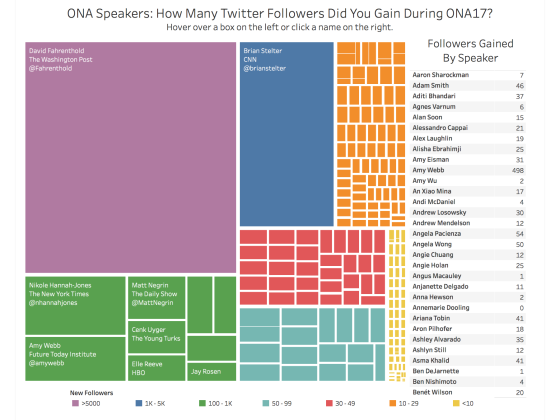 Data Analysis: The most influential speakers and sessions at ONA17 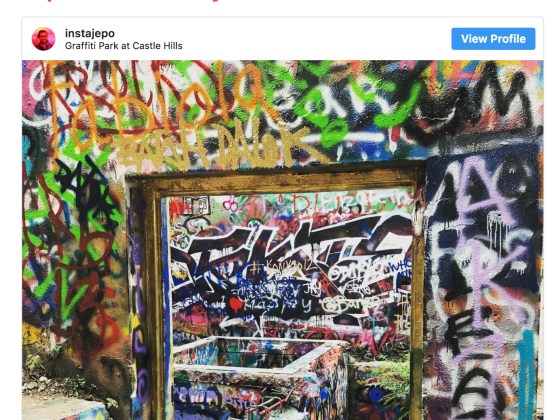 Need an Insta break? Here are some top Instagram spots around Austin