During her first-ever ONA presentation in 2008, tech futurist Amy Webb discussed how a two-year-old website called Twitter would become a prominent and beneficial tool for journalists.

At the time, Twitter usage was growing rapidly, but its role in journalism was relatively untapped. In December 2008, according to a Pew Research Center survey of Internet users, 65 percent of American adults read print newspapers, and just 6 percent read news on a cellphone.

But Webb’s forecast panned out: About 70 million Americans are currently on Twitter, and a 2016 Pew poll found nearly 60 percent of them use the platform to get news.

Since 2008, Webb has been an ONA conference mainstay with her enduringly popular session “10 Tech Trends in Journalism.” On Saturday morning, she delivered the 10th-anniversary edition of her signature talk and released all her data from the past decade.

Part of Webb’s staying power is due to the fact her foresights often prove accurate.

All of the 10 trends she identified in her 2008 presentation are in use in one form or another. Among the successful forecasts: on-demand video would take over news consumption, reverse image-searching would provide a powerful tool for investigations, geobrowsing would give reporters a way to see what’s around them and online news would move to multiple screens.

The word forecast, Webb said before her talk, is important: “I don’t make predictions. I use a data-driven process that involves rigorous pattern recognition and modeling and scenario writing. The trends I present are the result of the first four steps of my strategic foresight process.”

In recognition of 10 years of “Tech Trends,” the Student Newsroom took a look at five of Webb’s other foresights from 2008, and the extent to which they remain beneficial to journalists today. Our assessment: She’s more right than wrong.

In 2008, Webb identified 2D barcodes, also known as QR (Quick Response) codes, as an emerging trend that could help transform advertising in magazines and newspapers. Readers use their mobile devices to scan the square-shaped, black-and-white codes, which direct them to a webpage containing more information about a product or topic.

Although some publishers have been enthusiastic about the codes, other experts have written them off as a “fad” and “shiny penny.” Time magazine called the CueCat, an attempt by publishers to use QR codes to link printed and online content, one of the 50 worst inventions ever.

Webb foresaw that these platforms, which were thought to be the next Wi-Fi, would enable news organizations to assign, edit and plan stories remotely. They did — for a while. Cell phones and laptops with WiMAX receivers connected to WiMAX towers, providing mobile Internet access. This technology was successful in the 4G cell phone business but was largely extinguished with the advent of LTE. It is still in use, but not so much in the United States.

Webb saw cloud computing as a way for reporters to write, edit and publish stories on the go. This technology, which hosts data on virtualized servers instead of hard drives directly on your device, is used en masse, whether you realize you’re using it or not. Think Google Drive, iCloud, Amazon Web Services, etc. Some newsrooms, like the Bangor Daily News, have incorporated cloud computing platforms like Google Docs directly into their workflows.

The mobile operating system that ran Palm devices is not extinct — it just mostly lives in smart TVs now. Webb saw this software as potentially transformative for more efficient web browsing, and it was, but it largely died out because it was unable to compete with more sophisticated mobile systems. Android and iOS now own almost the entire mobile operating system market share. WebOS is the same concept, though, and that is likely what grabbed Webb’s attention.

The semantic web was World Wide Web inventor Tim Berners-Lee’s idea of how the Internet could be indexed to better serve users’ needs. Improving upon traditional search engines, the semantic web would use linked data, including key terms and naming techniques, to build networks of web pages whose information related to each other in some way. By 2011, billions of websites, including online news publications, utilized the concept by incorporating dozens of “facts” per page. News organizations such as The New York Times and BBC develop their content as linked data today. 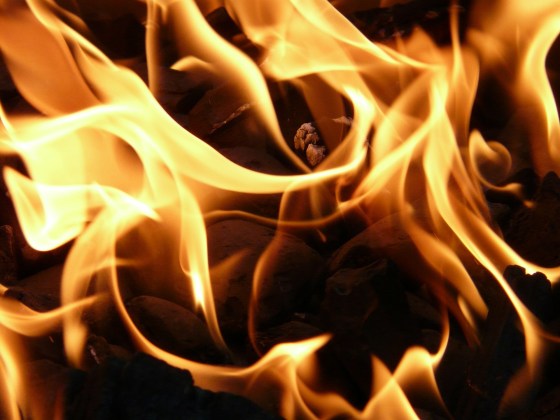 What’s still hot and what’s not: An analysis of ONA conference sessions