Renata Rizzi celebrates with the Online Journalism Award crystal trophy as Paula Miraglia listens to applause from the crowd as they accepted the award for General Excellence in Online Journalism/Small for Nexo, Oct. 7, 2017. (Photo by Christian Monterrosa/ONA Student Newsroom)

The New York Times and The Globe and Mail led the pack at the Online Journalism Awards on Saturday night, with four awards each.

The Globe and Mail was recognized for general excellence and won an award for an interactive piece that pushed beyond the rhetoric around a $7.4 billion pipeline expansion. The Canadian national outlet also won two awards for a project that uncovered how Canadian police treat sexual assault cases and spurred a public policy overhaul.

“Its such an incredible honor to be recognized,” said Angela Pacienza, The Globe and Mail’s Head of Newsroom Development.

The Times took home awards for stories focused on race, the tragedy of a mass shooting, an Olympian and the curious case of a bag of photo slides left behind in New York City.

Judges chose from 119 finalists to name winners in 37 categories, and 13 awards offered $58,500 in prize money. The Online News Association has given awards to more than 400 recipients over 17 years.

The Globe and Mail was recognized for general excellence in the large newsroom category, with the judges saying it was clear the newsroom was “firing on all cylinders.”

Four stories that received recognition took up issues related to President Donald Trump and the election. Boston NPR member station WBUR won in the planned news/medium category for its election 2016 coverage. ProPublica and the Electionland Coalition took home the planned news award for “Electionland,” a project to track and cover voting issues during the 2016 election. The judges called it “epic,” emcee Joshua Johnson said.

There were three winners in the Al Neuharth Innovation in Investigative Journalism Awards, which included a $4,000 prize. The Center for Public Integrity’s “Drinks, Dinners, Junkets and Jobs: How the Insurance Industry Courts State Commissioners” took home the prize in the small category.

The medium category went to “Toxic Armories” from the Oregonian and OregonLive, which uncovered why National Guard armories in the United States have high levels of lead contamination.

In the large category, The Globe and Mail’s “Unfounded” sexual assault investigation won its first award of the night for its ability to show the scope of a national problem and allow the reader to “localize it with ease,” Johnson said.

“Because of this reporting, thousands and thousands of sexual assault cases have been reviewed,” said Globe and Mail investigative reporter Robyn Doolittle. “There’s national changes to policy, police training and oversight, and that has been so incredibly rewarding. I’m so grateful to work at The Globe and Mail, a newsroom that not only gets behind this kind of reporting, but demands it.”

First Draft took home a planned news award for its CrossCheck France project that entailed collaboration among 37 French newsrooms and a handful of British newsrooms to combat misinformation around the French election.

The Intercept and First Look Media won an award in the Florida Awards in Investigative Data Journalism category with “Trial and Terror,” which found that most people prosecuted for terrorism since 9/11 never committed a violent act. Also in that category, The Globe and Mail took home another award for “Unfounded.” The winning organizations received a $7,500 prize.

STAT and Al-Monitor tied in the explanatory reporting category for “Game of Genomes” and “Middle East Lobbying: The Influence Game,” respectively. The judges said the projects took different approaches but were both “impressive feats of journalism,” Johnson said.

Shortly after, STAT tied again. The health and medicine-focused news site launched by the Boston Globe tied with The Intercept and First Look Media in the small newsroom features category. STAT won for “Dope Sick” about drug addiction. The Intercept was recognized for “AMERICA RELOADED: The Bizarre Story Behind the FBI’s Fake Documentary About the Bundy Family, The Intercept and First Look Media.” Mother Jones also won a features award for an undercover story, “My Four Months as a Private Prison Guard.”

“Readers are there to support serious in-depth journalism,” said Mother Jones Editor in Chief Clara Jeffrey. “We just have to figure out how to tell them what we’re doing and keep them apprised of the risks … that we take every day.”

The Knight Award for Public Service, the oldest-running OJA award, went to the Atlanta Journal-Constitution for “Doctors & Sex Abuse.” Two projects focused on race received awards. The Seattle Times took home the explanatory reporting award in the medium category for “Under Our Skin,” and The New York Times won the online commentary award for “Race/Related.”

“So much of how we think and talk about race is shaped by how we experience it in our daily lives,” said Julie Bloom, New York Times deputy national desk editor.

In sports, awards went to La Repubblica for “Francesco Totti King of Rome” and Berliner Morgenpost for a story on the 2016 Berlin Marathon.

Projects covering energy and oil pipelines received recognition — “Weigh Anchor” from The Globe and Mail took the explanatory reporting award in the large category, and Reveal (part of The Center for Investigative Reporting) and Inside Energy took won a topical reporting award for “Standing Rock and Beyond,” which covered the Dakota Access Pipeline protest.

On the student side, USC/JOVRNALISM and The Desert Sun won the pro-am student award for “Turning Tides: The Story of the Salton Sea.” The University of North Carolina at Chapel Hill’s School of Media and Journalism took home the David Teeuwen Student Journalism Award in the large category for “Cuba’s New Wave,” which chronicled the social, economic and political changes happening across the island.

“Students who are just starting their journalism major learned skills they never would have in the classroom,” said Lindsay Carbonell, lead web developer on the project.

Breaking news awards went to the Knoxville News Sentinel and USA Today for “Gatlinburg Fire” in the medium category and in the large category to The New York Times for its coverage of the Pulse Nightclub shooting in Orlando.

“The work we are being recognized for shows how our storytelling tools have expanded to help readers make sense of a senseless tragedy,” Bloom said.

Before the night was over, two journalists were honored with individual awards, both to standing ovations. Spirited Media Founder Jim Brady received the Rich Jaroslovsky Founder Award, and American photographer and conflict reporter Tara Todoas-Whitehill received the James Foley Award for Conflict Reporting

Todoas-Whitehill dedicated her award to the Frontline Freelance Register and called for the safety of all journalists, whether they are full-time staff, part-time staff, or freelancers.

“In our profession, we travel to places that would give other people pause, to say the least, and for many of us, we do so not because it’s thrilling but because we know that there are stories that need to be told,” Todoas-Whitehill said. “Truth matters.”

The University of Florida Award for Investigative Data Journalism Small/Medium

Trial and Terror, The Intercept and First Look Media

The University of Florida Award for Investigative Data Journalism – Large

Unfounded, The Globe and Mail

Under Our Skin, The Seattle Times

Weigh Anchor, The Globe and Mail

AMERICA RELOADED: The Bizarre Story Behind the FBI’s Fake Documentary About the Bundy Family, The Intercept and First Look Media

My Four Months as a Private Prison Guard, Mother Jones

City of Smoke: Air Pollution in the Land of the Eternal Blue Sky, UC Berkeley Graduate School of Journalism

Cuba’s New Wave, The University of North Carolina at Chapel Hill’s School of Media and Journalism

Turning Tides: The Story of the Salton Sea, USC/JOVRNALISM and The Desert Sun

Standing Rock and Beyond, Reveal from The Center for Investigative Reporting and Inside Energy

The Wall, Reveal from The Center for Investigative Reporting

Unfounded, The Globe and Mail

Fragments of a Life: A Curbside Mystery, The New York Times

The Globe and Mail 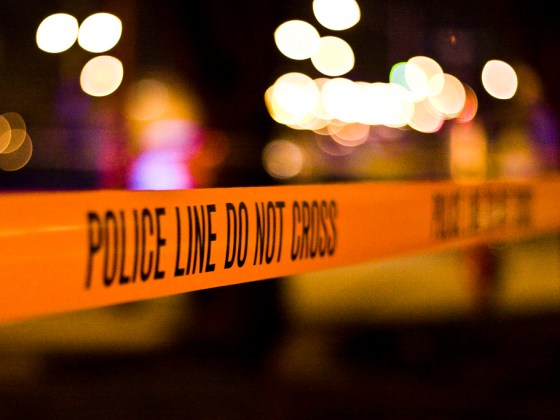 Yet another mass shooting brings back memories and ethical questions

2017 Online Journalism Awards: And the winner is …