Spanish-language reporting has a definite presence in the United States. “Humanos de ONA” profiles some of the Spanish-speaking journalists in attendance at ONA17 and what they have learned in their cross-cultural work.

Sebastián Auyanet is a Fulbright scholar from Uruguay studying in the United States for one year. He is a journalism master’s student at the City University of New York and an editor for El Observador, an online news organization in Uruguay. This interview was translated from Spanish and has been edited for length.

Why do you pursue Spanish-English bilingual journalism?

Auyanet: Spanish is like English, in the sense that both languages open doors. If you aren’t proficient in both of these languages, you lose the opportunity to find work, connect with people, to reach other types of audiences. The greatest amount of people who do the things in journalism that interest me do it in English, so I had to find a way to get better at [English].

What´s something that most people don´t realize about bilingual reporting?

What you have to know is that you need to use the “code of the community,” explain things well when you are explaining certain concepts to really let people know what you’re talking about. Keep in mind that the image you’re projecting of this community is incomplete. It’s influenced by your own perception and framed by the journalist and many external factors. Always check and recheck. … It requires empathy, a lot of empathy, which is demanding. We can’t think that empathy is spending 15 minutes with someone impacted by something and later reporting on it. Empathy is fostered over time, with patience, with contacts, with all the things that we don’t think we have time to do because our first reaction is to report very quickly, but it’s important to never give it up.

Charo Henriquez is a senior editor of digital storytelling and training at The New York Times. She is from Puerto Rico and previously worked as a journalist there. She moved to New York City three years ago to be the executive director for People en Español. This interview was translated from Spanish and has been edited for length.

What is the importance of bilingual and cross-cultural reporting?

Above all, when a person is bilingual, one has many more opportunities to bring diverse viewpoints and story perspectives to the place where you work. If I didn’t speak Spanish while working in an English language newsroom, I couldn’t facilitate resources, interviews, and in my case now, I couldn’t facilitate training or materials to our Spanish speaking journalists, for example on The New York Times en Español team.

What’s the value of having Spanish-English bilingual journalists in the United States?

Spanish speakers have an additional responsibility regarding the topic of immigration, where a lot of community stories are not told due to fear people have to identify themselves, fear because of their immigration status. When a person speaks about a community in that community’s own language, resistance lessens a little and the barriers lower a bit, and one is able to get stories and reach people that you couldn’t in English because people are weary or they resist telling their stories. When you’re trying to tell these stories in English, it’s not as easy.

Teresa Frontado is from Venezuela and works for WLRN Public Media in Florida. She previously worked for the Miami Herald, as the managing editor of El Nuevo Herald, the Spanish-language version of the paper. She also worked for Univision as their first social media director for news.

In working on the transition of Spanish-English bilingual news to digital, what have you noticed?

I don’t think that print is going away tomorrow, because if you go at the granular community level, there is still consumption of print. For example, there is an influx of Venezuelans in Miami, specifically in two communities. There’s a resurgence of little newspapers within that community. They cover community affairs and specialize in news from Venezuela. They are a vehicle for recent arrivals to promote their business. There’s also intense usage of WhatsApp that’s going on. Most people in Latin America are really savvy on WhatsApp and it’s a big means of communication, that’s a platform that you should know.

What is one of the main obstacles you have faced in the bilingual-reporting industry?

The first obstacle is this perception that just translating is enough, and it’s not. You need to really talk to the community to be perceived as an authentic voice and a reflection of the community.

Rosalba Ruiz is an online video producer from Mexico who works for the Latin American desk of the Associated Press in Washington, D.C. She has previously worked in California and for places like Telemundo, and CNN en Espanol. This interview was translated from Spanish and has been edited for length.

Are there any particular difficulties for producing bilingual Spanish-English video?

I have to adjust my articles. In the same amount of time and space, you have to include the subtitles. It’s something that I have to consider when I’m making my videos. I have to remember, “Oh, I only have a minute and a half.” For example, I sometimes adapt videos to Spanish that have narration in English. The English narration is almost always longer, so I have to edit the original video down so it’s a little bit shorter. I get rid of works and use other ways to make the video and narration take up the same amount of time. This is something that I’ve had to learn when I’m quickly editing video.

Why is bilingual reporting important to you?

Something positive is that there is definitely need for bilingual news. There are people who need to be informed and who need to read Spanish or prefer to read it. Since I work in Spanish news I’ll obviously think it’s important, but the truth is that it fills certain information gaps that English language news will never fill. Spanish-language journalists have to be there to tell these stories.

Editor’s note: This story was amended to correct a translation in a sentence in the interview with Charo Henriquez to clarify that she does not currently work with The New York Times en Español.

Natalie Van Hoozer is a freelance journalist, translator and public speaker based in Reno, Nevada. She is the Spanish/English bilingual reporter and engagement coordinator for KUNR Public Radio, Northern Nevada’s NPR member station. She is a 2021 MJ Bear Fellow and Solutions Journalism Network 2021 LEDE Fellow. She is also the U.S. representative for SembraMedia, a Spanish-language media nonprofit, where she researches and supports Spanish-language digital media startups across the country. 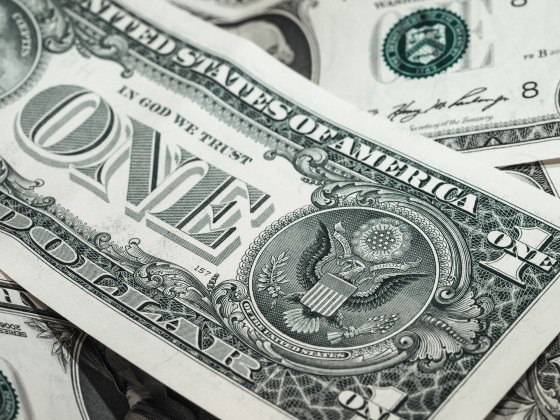 How Much Did ONA Cost You?