The heated political climate in Washington, D.C, made the safety of 3,000 journalists and speakers a priority at this year’s conference.

That led Online News Association officials to agree to have part of one session on Thursday off-the-record while providing for additional security measures for one international speaker.

In this case, the request to alter the session format came the day before but Trevor Knoblich, ONA head of programs and events, said he supports such changes to conference programming as long as he finds them “reasonable.”

Several sessions at this year’s conference are “off-the-record,” he said, in order to ensure a safe space for honest conversations about journalism and job searches as well as legal and ethical discussions.

“We do our best to be transparent, but we need the space to speak honestly,” Knoblich said.

For this session, the moderator told audience members that once the room was full, no further entry would be permitted and no one would be allowed to leave. Security guards were present to enforce the requirement and to check credentials for those entering the room.

Saleem Khan, the session moderator, opened with a slide announcing that a portion of the session would be “off-the-record” and suggested that attendees needing to leave early leave at that moment. Additionally, he asked the audience not to tweet, record, take video or photos during the portion in which Finnish investigative journalist Jessikka Aro shared her experience of being trolled after reporting on Russian online propaganda.

When the session did go back on the record, attendees were asked not to tag Aro in any posts related to the session.

An investigative journalist for “Yle,” a Finnish Broadcasting Company, Aro has been a target of harassment as a result of her reporting that kicked off in September 2014, when she began a crowdsourced series of stories about the trolls.

Aro said she was targeted by an international discrediting campaign immediately after publishing her first story and says her inbox has been flooding with trolls ever since, some not bothering to disguise their real name.

“As I started to cover this Russia issue for troll propaganda, I was made a target,” said Aro, speaking to the ONA Student Newsroom on the record after the session.

There was no prior notice that the discussion would be off-the-record. One session attendee tweeted out that “I’ve been to five ONA conferences. This is the first one where part of a session has been off the record. #ONA17.”

Khan, the founder and editor of JOVRNALISM and invstg8.net, said his role as the moderator was to both to move the session along and to maintain security.

When asked about whether having “off-the-record” sessions was appropriate at a journalism conference, ONA officials said such requests are not unusual and that they deal with them on a case-by-case basis.

ONA Executive Director Irving Washington believes conference staff acted with the protection of the speaker in mind given the circumstances, in accordance with the conference mission.

Summer Bedard, a student at the University of Maryland student who attended for the session, understood the reason for the course of action and sympathized with the presenter, who feared further targeting.

In an interview after the session, Aro said that in the past she’s had trolls impersonate her dead father and make a video of a blonde woman impersonating her, waving NATO and American flags.

“I tried to take it very professionally,” Aro said. “In the beginning, when I realized that I am being framed as some kind of NATO, pro-America CIA Agent really, brutally and massively on the Russian fake-troll medias, I realized that ‘Whoa, this troll topic is much more important than I realized.’”

Aro believes her experience is not unique, but rather a part of a highly coordinated international technique used to silence, harass and discredit any public figure looking into Russia’s political regimes, activities and practices in a light considered unflattering by the regime.

Not only is there a fierce political atmosphere surrounding conference objectives, but also an ongoing disdain for journalists at work, as Knoblich and other ONA staffers recognize.

“Given the political climate around journalists and the fact that we have over 3,000 people,” Knoblich said, “we wanted to make sure everyone stayed safe.” 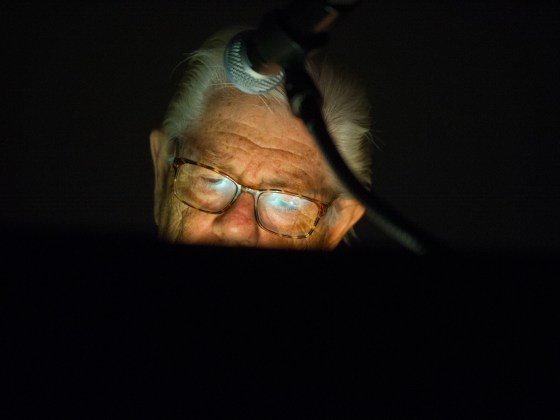 3 innovations helping people get the facts