When Tracie Powell’s alldigitocracy.org pushed out a piece on social media criticizing the coverage of the Pulse shooting in Orlando, it only took about two hours for the backlash to hit.

“They just kept it coming, coming at me,” she said. “I was sick — I had a headache. It was so frustrating.”

But Powell never saw stopping her work with alldigitocracy.org as an option.

What happened to Powell, referred to as a DDoS (distributed denial of service) attack, isn’t the only way journalists — particularly women of color — are targeted online. Harassment can take a lot of forms.

“Swatting” is when someone calls in and reports false crimes to 911 in hopes of having SWAT teams raid a target’s house.

People may hack into a journalist’s cloud and leak their personal images online. Or they could go straight to direct harassing and threat-making over Twitter.

Michelle Ferrier, associate dean for innovation at the Scripps College of Communication at Ohio University, said people of color, the LGBT community and other underrepresented groups are targets of the worst of these attacks — with women of color bearing the brunt.

“These threats are explicit and can be anything from ‘I think somebody should rape you’ or ‘I’m going to come kill and rape you,’ to people sending very violent videos,” Ferrier said.

“They send veiled threats about hanging people and all the other kinds of slur words — from the N-word to ‘slut’ or the C-word for women.”

It’s this sort of harassment — to which Ferrier is no stranger after years as a newspaper columnist  — that fueled the creation of her latest project: TrollBusters.

The service offers positive messaging, support, education and coaching on how women journalists can protect themselves on the internet.

“What I try to say is prevention is the best measure,” Ferrier said. “A smart journalist is the best deterrent against this kind of activity.”

People experiencing or witnessing harassment can report it to the TrollBusters team, which will then reach out with assistance and support — basically to say, “We’re here and we’ve got your back,” Ferrier said.

Now a little over a year since its beta launch, TrollBusters is taking its technology up a notch. Ferrier said she’s looking into using social media monitoring tools to help speed up intervention in Twitter harassment before the situation escalates.

TrollBusters has also launched a “Pilot 100” program to monitor the Twitter accounts of 100 women journalists to provide real-time support when trolls come around.

It’s a move Ferrier hopes will make the service more proactive rather than reactive to curb the impact she knows harassment can have on journalists from underrepresented backgrounds.

Over time, these attacks on journalists encourage a chilling effect, influencing who writers communicate with, what they cover and how much they decide to self-censor, she said.

“And I think the long-term effect is what we saw happen to me — where this kind of constant workplace harassment, having to deal with it on an ongoing basis, drives you from the profession,” Ferrier said.

“Newsrooms must and have to think about strategies for protecting their talent and think about how they can mitigate that damage.”

At 11:30 a.m. Saturday, ONA16 will have a panel on “Dealing with Doxxing” in Centennial Ballroom B to discuss “how journalists, their editors and employers can be better prepared” to deal with online harassment.

Checking in on your employees and co-workers can also go a long way in supporting journalists of marginalized communities and encouraging them to stick around your newsroom.

If threats and online harassment persist, journalists are encouraged to document them and bring a report to local law enforcement.

Watch the video below for Michelle Ferrier’s talk in the ONA15 keynote about online harassment of women journalists. 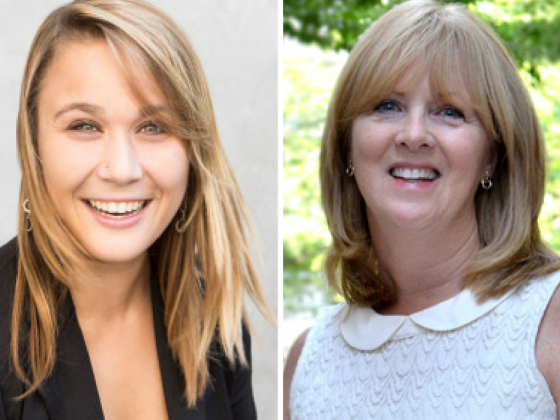