As mainstream media outlets continue to press forward on their effort to improve diversity in their newsrooms, some writers of color who have begun careers in media find fulfillment in being entrepreneurial journalists.

Writer Marqueeda LaStar of  BlackGirlNerds, a site that has increased its popularity through Black Twitter says, “With the digital age, you can build your own table.” The site, which currently holds a 48.1 k twitter following curating content “devoted to promoting nerdiness among Black women & people of color,” stands in strong connection to its demographic.

But, the website was not the sites first format. “There were other formats that came first,” LaStar said. “Tumblr, a website, a newsletter, then Twitter came.”

Just as BlackGirlNerds does, other sites muscled by entrepreneurial journalists of color like verysmartbrothas, urbancusp, latinorebels and sevenscribes all have variations in coverage, yet still hit target demographics adding a voice that some major media spaces may not portray.

Not only do these writers find outlets, but they increase the static of their own voice on social media platforms. Vann R. Newkirk II, also known by his twitter handle @fivefifths and the “Chief Scribe” of SevenScribes connects with Black Twitter users using engaging conversation through the Twitter atmosphere.

This is the best vine ever. Vine is an art form. https://t.co/AKikxELzyv

The use of memes and gifs are high engagement visuals that add  to the daily commentary in social media. These writers take advantage of this, and have found ways  to execute them both creatively and authentically.

Though writers like these have successfully created a lane for their voice and ideas, they’ve arrived to this partially from lack of opportunity. “I’ve spoken to a lot of recent writers, mostly who do novels and comics,” LaStar said. “Most of them write fiction a lot of times, even myself. I think we all go envy because those opportunities are not given to us.”

In addition to  running  their own sites, these writers sometimes pitch their hands to a few mainstream  sites. And although these writers, Vann Newkirk who may freelance for these sites like Gawker 0r Mikki Kendall who contributes on pop culture to The Guardian, they are not hired, or just may not want to work there.

A survey from the American society of news editors illustrates this claim through percentages. A report from this past summer says that the percentage of minority journalists in daily-newspaper rooms remained “relatively stable” in 2014 at 12.76 percent, while newsroom employment was declining by 10.4 percent.

The census report goes on to say that there are about 32,900 full-time journalists at nearly 1,400 daily newspapers in the U.S. Of this number, 12.76 percent are reported as “racial minorities.”

Gene Demby, Correspondent for NPR Codeswitch story “On Wyatt Cenac, ‘Key & Peele,’ And Being The Only one In The Room” illustrates this.

“The Stewart-Cenac exchange illustrates what those of us who are often The Only One In The Room tend to know: it sucks,” Demby wrote.

“There’s evidence that when people feel like they’re The Only One in a group, even a group that professes to care about diversity in its ranks, it actually gets in the way of everything said diversity was supposed to achieve in the first place.”

Dexter Thomas, a reporter often covering culture and social media from The LA Times says “it’s important to bounce ideas off of people.”

But, that becomes difficult when minority journalists don’t have that editor to discuss an issue that they were given to write about. That’s where the problem lies.

When there are writers who do stories on social commentary, sometimes anything is assigned to them them for purposes of click-bait. That does not necessarily mean that the writer is interested (or an expert because of their skin color) in every story that is running through the community.

Entrepreneurial journalists of color get the benefit of discussing story ideas with deeper racially-conscious considerations  before writing them, because they create the the space to have them. “It’s good to have something else where you can work with people,” Thomas said. “The whole idea is getting closer to the truth.”

While Marqueeda LaStar still contributes to BlackGirlNerds and also works with creating comics she’s come into contact with many heavy-hitting news spaces. “I don’t want to wait on someone to give me my job,” Lastar said. “We (entrepreneurial writers) decided we will create those opportunities for ourselves.” 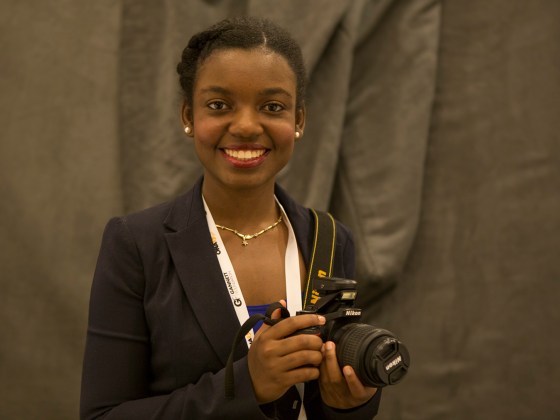 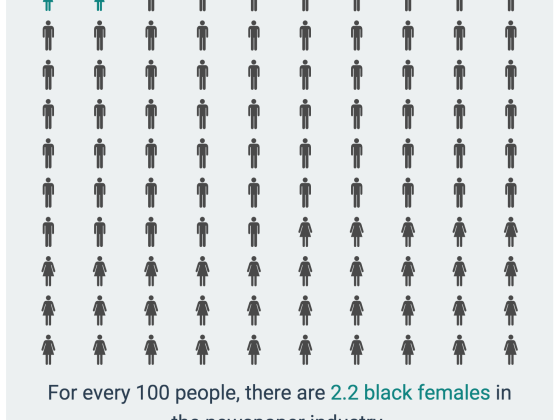 The Diversity issue, what’s really being done to solve it?