There is little doubt that social media has an impact on news.

Just ask the presenters at “All Eyes on Ferguson, Mo.”

Every panelist at the 2014 Online News Association opening keynote session said they first found out about the story on social media.

As conversations on social media continue to play a role in how we follow and create news, there are a few things journalists should consider.

There are certain things that journalists need to know to navigate the world of hashtags.

“I think the most important thing for journalists to do when reporting on trending topics or the evolution of a hashtag is to look at the subject or campaign’s origins,” said Callie Schweitzer, Time magazine’s director of digital innovation. “The story of where it began is usually the most interesting and often unreported.”

It’s not always easy to find the origin of a hashtag. But CNN Digital Senior Social Media Producer Dorrine Mendoza, a presenter at Thursday morning’s “Charting a Course Through the Twitter Tempest,” said we should make every effort to do so, with help from services like Dataminr or Topsy.

It’s important to look for the overarching trend that the hashtag represents instead of reporting on a trending topic just because it’s trending, she said. Mendoza pointed to the trending #WhyILeft and #WhyIStayed, where women shared experiences about domestic abuse following news about the NFL indefinitely suspending Ray Rice when video emerged of him knocking out his then-fiancée in an Atlantic City hotel casino elevator.

Mendoza found that women felt less vulnerable having the conversation as part of a larger Twitter community than they would in person with people in their day-to-day lives.

Mendoza said she asks herself a couple of questions to determine whether a hashtag is part of a larger social trend:

Is it a shared experience across demographics?

Is it still relevant if you didn’t know anything about the individuals?

Will the conversation evolve over time?

She used the #FreeSimmons trend as an example of how #WhyILeft and #WhyIStayed evolved to follow the latest news in the conversation about how the NFL managed Rice’s suspension.

Hashtags are an indication that people are sharing a certain experience, Mendoza said, but the label “trending” only has to do with the number of tweets, not the value of the conversation.

“The way Twitter is currently set up is just pure addition, one plus one plus one equals trending hashtag,” she said. “There’s no intelligence behind it. If you can get a bunch of people to tweet the same hashtag, it’s gonna be a trending topic — and that can be gamed.”

She said it would be great if Twitter could identify hashtags that are meaningful to a specific community rather than just those with the most volume.

Brian Ries, a real-time editor at Mashable, said he has seen Twitter-driven coverage become more meaningful when it is paired with a reporter on the ground.

“You can’t do everything when you’re sitting miles away,” he said, while speaking about Mashable’s Ferguson coverage.

Ries was following Ferguson from Mashable headquarters in New York and verifying information with Amanda Willis, who was reporting in Ferguson.

In one example, Ries described how a story evolved about a police officer who threatened journalists. He saw a tweet referencing “officer go f*ck yourself” and found a video on YouTube showing the interaction. He checked with Willis to make sure that the video was real. And when she confirmed, Ries contacted St. Louis County Police for comment.

Learning about the story of #officergofuckyourself at #ONA14 #ONA14tempest pic.twitter.com/QWrqmc1o46

This led to a series of stories about the officer’s conduct, and police conduct in general, that Ries said were more meaningful because of the two-step verification.

Along with issues of verification and the way a story is framed, several people mentioned ethical considerations when working on Twitter. Mendoza said journalists should respect the community that exists around a hashtag on Twitter not “walk into their conversation with a tape recorder.”

Because of this, Mendoza said CNN has a policy to ask permission before using tweets in a story. She said everyone has responded to their request.

“If they include the hashtag, our impression is that they understand that they’re part of a bigger conversation,” she said. “But we take that for granted, sometimes people use hashtags and they don’t even know what that means.”

Most of the time we think of trending topics as organic, but there are groups that plan campaigns to get out their message and bring people to an activist cause.

She said she has seen a disconnect between how activist trends are covered in mainstream and independent media. 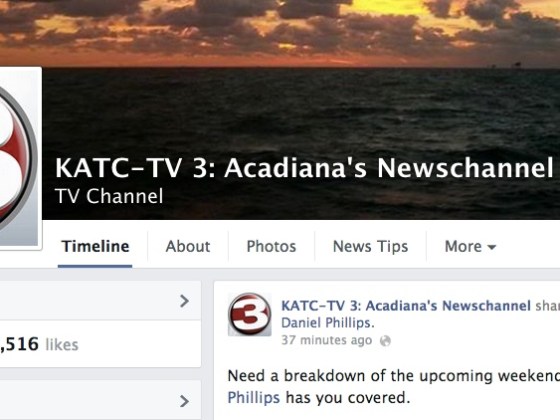 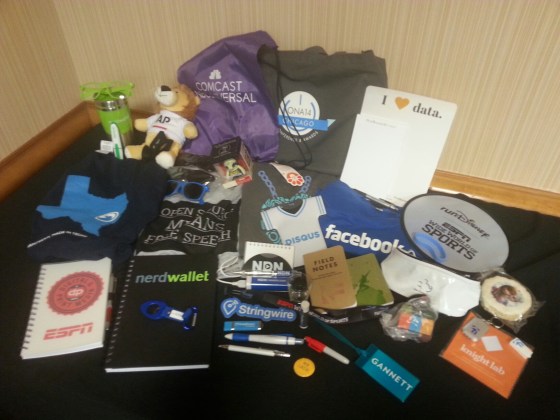 How Much Schwag You Got?