Follow social media news? You have probably read an update from Liz Heron, director of social media and engagement at The Wall Street Journal. She has a Twitter following of almost 27,000 users, and was named by Mashable as one of the seven top journalists to follow on Facebook, where she has more than 800,000 subscriptions.

Breaking news events, Heron said, can often be a catalyst for change in the industry. With Twitter, she started gaining a following during the Iranian elections protests in 2009 while working as an editor on the foreign desk at The Washington Post. Now Heron’s tweets focus primarily on social media news. Once a reporter, she is known for her unique style of interacting at length with users and asking questions regularly, which sometimes draws in a few hundred responses. Pick a beat, advised Heron, and stay on topic to gain a following. She shared the rest of her dos/don’ts if you want to gain a larger following below.

Q: How can one have great tweeting etiquette?

A: The biggest etiquette tip I can give about tweeting is credit your source. Number one, it’s just the polite thing to do, but number two it’s just transparent. I do it all  the time and I don’t think it constitutes endorsements. Depending on the story, you may want to link to a tweet instead of retweeting it and kind of put a little bit more in context instead of just retweeting it.

Q: How do you feel about deleting tweets?

A: If you say something you regret, you cannot delete that tweet. You can’t just erase history if you said something. You need to go and correct yourself. You can clarify but you shouldn’t delete that tweet because there deserves to be a record of that out there. Own your mistakes and be transparent. But if it’s a news organization that put out a tweet and said inaccurate information—I think you can delete that tweet so bad information is not still circulating out there. But you again need to be very transparent about what was said just like you would make a correction online. You just need to have all that information out there.

Q: If I write that retweets are not endorsements in my Twitter bio, will that help make it clear?

A: Honestly, for people who see your tweets, are they really going to read your bio all the time? Probably not.

Q: How can you utilize social media to find sources?

A: I think it’s not something you can do overnight. Again as individual journalists and news organizations you need to develop some kind of relationship with your readers and with sources out there. When it comes to newsgathering with social media it takes some time to source up, so you need to do a fair amount of work figuring out who you should follow for your beat—evaluating what you think of their work and what they’re saying and how much you trust them. And then if you do all this prep work you are sort of developing this consistent relationship  with people. By the time a big story lands you should feel a lot more comfortable gathering news from social media.

Q: Should my news organization or I make more accounts to reach a wider audience?

Q: What tools do you find most helpful?

A: I use TweetDeck. It helps me have all the accounts that I manage in one place and have lists of the different kinds of people that I follow. I follow over 2,000 people on Twitter so it helps me to break them down into lists. Another big tool is my smart phone. Being able to do this by mobile phone is just a huge reason why I love doing it and why I’m effective.

Q: What would you say to a reporter looking to get started with social media?

A: For somebody who is new to social media and is a journalist, I really encourage them to just start following at first. To think of it as something to consume before they put any pressure on themselves to put themselves out there. I’ve had a lot of success with this kind of advice. I worked with one editor, for instance, who was just sitting on Twitter for six months. He was just tuning his following list and starting to see its value but not putting any pressure on himself to put something out there and then by the time he did start tweeting he was perfect. He was a great tweeter, he knew exactly how to interact, and he knew exactly what would do well on Twitter.

Q: What is the trickiest thing about managing the way you come across on your profile?

A: I like to keep what’s on my feed somewhat focused so I will often come across news and I think, “Wow that’s interesting,” and I’m about to tweet it and then I’m like, “You know, nobody really needs to hear that from me.” They’ll hear that from someone else. It’s keeping my self pretty focused on the areas in which I have some expertise.

Q: What is going to be the next big trend in social media?

A: I think that something that we’re all sort of figuring out is what does social video mean? What are the kinds of meaningful interaction that we can provide on video because everybody is trying to figure out video right now. We are doing something called WorldStream at The Wall Street Journal. They are almost like video tweets – they’re short, sharable, and non-linear and that to us is what we think of when we say social video. But social video is something that all journalists are going to be discussing in the next few years. Is it share-ability? Is it interaction? What is most effective?

A: I think the very best thing to do is to add value in some sort of way and do something to make yourself stick out, whether it’s the fact that you have information first, have an interesting personality, or that you get retweeted by someone with a much bigger account. I think the one way people will interact with me a lot is that they’ll send me tips and I’ll often just retweet them and give them a hat tip, and I understand that helps drive them a few followers. So if you have information, don’t be shy about giving it to a journalist that you admire and would like to interact with on Twitter. 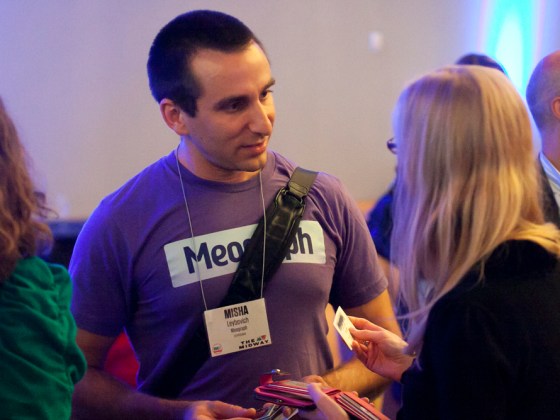 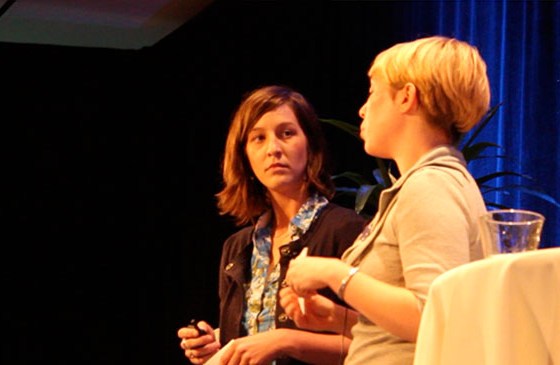 Why Data Matters, According to the Knight News Challenge Winners