Drones. The word brings to mind roving military machines that rain down hellfire. (Or it brings to mind their online parodies.) However, they have potential for civilian use, especially in journalism.

At the ONA conference Friday, representatives from University of Nebraska-Lincoln’s Drone Journalism Lab were on hand to discuss unmanned aerial vehicles and show off the technology. Matt Waite, a professor at the university and founder of the lab, spoke to the crowd over Google Hangout from Berlin, where he was presenting on drones at scoopcamp 2012. In person to fly the drone was Ben Kreimer, one of three students working with Waite in the lab.

Kreimer said drones could be useful to cover natural disasters such as the May 2011 tornado in Joplin, Mo. He compared ground shots of the devastation with wide overhead shots taken by drones.

“Perspective is the important aspect here with drones and journalism,” he said. “You can get an entirely different look at an event.”

Kreimer said drones also could be useful in covering protests or rallies, allowing journalists to get large crowd shots where there might be limited mobility.

Journalists are split on whether they like drone technology, Waite said.

“Everybody I talk to about this has two reactions,” Waite said. “One of them is, ‘You’re talking about flying robots with cameras. This couldn’t be any cooler. I want in on this now.’ The other kind of reaction is, ‘Stop the world, I want to get off. I don’t want this technology anywhere near me.’”

However, he said, both camps overlook some important arguments about drones. Supporters miss that drones have an unsettling, invasive nature, and critics miss what they can do for journalism.

Aerial images are nothing new to journalism, but the team pointed out that helicopters are expensive, and flying them can cost thousands of dollars each time. High-end drones cost a few thousand dollars, and many are available for far less. And there is no need to hire a pilot.

Mark Stephens, a lawyer specializing in media law and human rights, said drones offer access where journalists might otherwise be blocked, be it by fires or police.

“What you want to be able to do is get someone in there. If you’re below 400 feet, below the level they can go in, and they can’t see you anyway, you’re fine,” he said.

A drone is simply a remote-controlled flying machine. Use can be as simple as attaching a smartphone to the underside and shooting. Or cameras can be used to create GPS maps. Infrared cameras can also be used. But the possibilities aren’t just limited to that technology.

“I can see a more distant future where drones are used to place sensors where we can’t go, like putting radiation senors around a nuclear power plant that has just melted down,” Waite said. “I think sensor-based data is the really powerful future of drones for journalism, but the uses are much harder to envision.”

Drones exist in a legal gray area. The Federal Aviation Administration oversees drones and approves permits for their use. However, permits are difficult to get and restrictive. Drones are allowed for recreational use without a permit. They must fly below 400 feet, within sight of those controlling the drones, and may not be used commercially.

“If it were just the first three, I think drone journalism would be going on right now,” Waite said. “It’s the commercial purpose prohibition that stops media organizations cold.”

Adding to the legal ambiguity is the fact that as it stands now, the FAA still regulates drone use.

“Advocacy groups are pushing for pre-approved flight plans, but if all the industries that have expressed interest in unmanned aerial vehicles suddenly put aircraft in the air, I don’t know if the FAA has the resources to approve them all, or if Congress would spend the money to do it. Could I see it happening? Sure. Could I see the FAA being sued by a media company for prior restraint? Yep,” Waite said.

“What’s stopping a journalist from launching one? Nothing. Nothing more than the fear of prosecution or a lawsuit,” Waite said. “But the FAA won’t know what you’re doing until you’ve done it and made it public. So it would be punishment after the fact.”

“The FAA is responsible for aircraft safety, so they’re considering how do we keep drones from crashing into aircraft,” Kreimer said. “They are not worried about privacy. And this should be raising red flags in your minds. There has been very little discussion on what to do about privacy concerns with drones.”

However, the team noted that the panic over drones is nothing new.

“Every time we introduce a new technology into the world, there’s kind of a common reaction in that we all freak out about it,” Waite said. “A bunch of people write about how privacy is now dead and society will never be the same ever again. Then we sue everybody who’s near it, and in a few years we figure out how to work it into our lives.”

Laws on drones vary by country. The team said there is a strong enthusiasm and excitement in the United States, but in the European Union, people are much more cautious and unsettled by the possibilities that come with drones.

“Every time I talk to European journalists about doing journalism, they talk about how American media covers crime and how that could never happen here,” Waite said. “There are laws in place to protect it. A German sued Facebook to stop them from using facial recognition and won, for instance. There are also critical differences in media law, like truth is not a defense in a libel case in Germany.”

The lab team said it is documenting drone laws in each country.

If things go as planned, the FAA will allow drones to be flown by everyone, even for commercial purposes, by Sept. 30, 2015. With drones becoming more popular, the team expects a surge in users over the next three years. And as the user base grows, the cost will change.

“The drone itself will get cheaper, but the cost of operations could jump if we go from something where anyone can fly it to anyone with a pilot’s license or even a special drone license can fly it,” Waite said. However, he noted that even with those possible scenarios, drones are still relatively cheap. “We’re still talking about orders of magnitude less than manned aircraft are now.”

One major issue affecting drones, though, is reliability. The team said that drones are still somewhat unreliable, with poor battery life and occasionally faulty hardware. If something goes wrong, it is akin to flying a lawnmower over someone’s head.

And what of possible apocalyptic science-fiction scenarios? Waite says there won’t be a robot uprising anytime soon with drones.

“The worry is not that these things are going to suddenly get smart and not obey our commands. It’s that they’re too dumb to do things safely,” he said. “Right now, the autopilot software lets you program in a flight path, and it will go off and dutifully fly that path, even if there’s a building in the way, even if another aircraft crosses its path. They are completely unaware of their surroundings, and they have no way of knowing how to sense and avoid something else like, say, a United flight with 150 people on board. So yes, there are some serious safety issues with the software, but they aren’t Skynet. More like Dumbnet.” 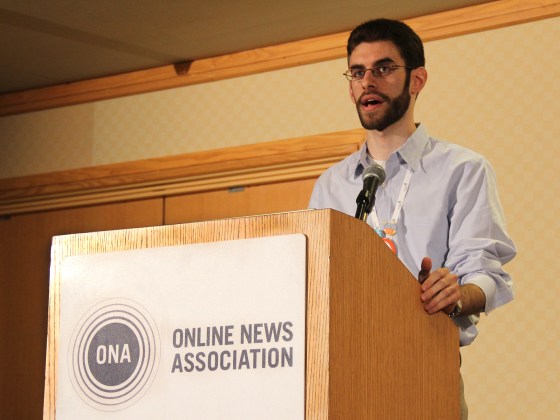 The Meaning of Metrics: Measuring a Story’s Impact 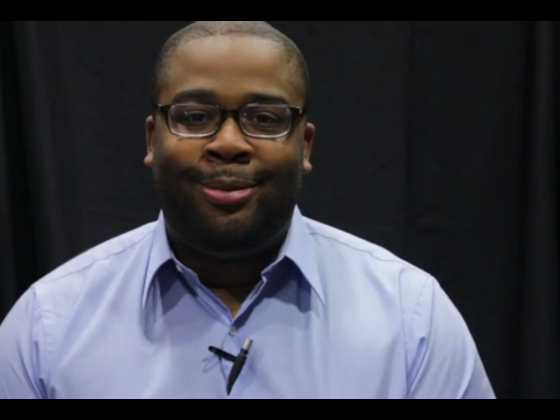 Confession Sessions: What has been your biggest mistake in journalism so far?