ProPublica collaborated with the Charleston Gazette-Mail to examine natural gas production, with Newsy and Reveal to investigate cleared rape cases and the Electionland Coalition to cover voting access. ProPublica also won individually for medium newsroom General Excellence for the second year in a row.

“I think every day we are focused on the impact of our work on the communities that we cover,” ProPublica deputy managing editor Charles Ornstein said. “So to be recognized for not only the work that we do but the collaborations we have with others and the local newsrooms and national newsrooms … really makes it all worthwhile.”

The New York Times took home awards for its investigations into vandalism of Emmett Till monuments, Cambridge Analytics privacy violations and a border shooting in Gaza.

“We cannot be cowed into silence,” said Tomás Ayuso, the Honduran writer and photojournalist who was honored with the 2019 James Foley Award for Conflict Reporting. “Conflict isn’t something that happens in far-flung corners of the world. It is happening now, and it is happening in the country that I presume most of you are from.”

The OJA winners were whittled down from 1,078 entries under the review of 159 media professionals to semifinalists. More than 40 judges then determined the finalists and winners from there.

With nearly 1,300 members, the Slack channel exists to provide support across newsrooms for journalists of color, who refer to themselves as “JOCs,” which they pronounce “jocks.”

“We’re not a monolith, but there’s power in unity, and you’ll only hear more from us,” said Julia B. Chan, one of the Slack channel’s administrators.

A new addition this year were the Gather Awards for Engaged Journalism, a “first-of-its kind award to honor people and projects that work with a community as part of a story or reporting process,” according to an earlier ONA release.

“News is better when we make it together,” said Darryl Holliday, co-founder and news lab director at City Bureau.

The General Excellence in Online Journalism awards went to The Pudding for a micro newsroom, Honolulu Civil Beat for a small newsroom, ProPublica for a medium newsroom and The Wall Street Journal for a large newsroom.

And NJ Advance Media took home two OJAs for “The Force Report,” a 16-month-investigation that produced “the most comprehensive statewide database of police use of force in the United States,” according to information about the project. It prompted a promise from the state’s attorney general for wholesale reform.

Moments of strong emotion tied to stories and speeches were broken up with moments of frivolity. When awarding the General Excellence award for the micro newsroom, Sanders asked the banquet supervisor, the only person standing at that moment, if he was “The Pudding.”

Other moments featured the funky elevator-type music that played throughout the night between awards.

This interlude music is giving me A Different World vibes #OJA19

No Founder Award was given this year, but Rich Jaroslovsky, the founder of ONA, spoke about the importance of the organization’s mission.

“We must always remember that the tools, as cool as they are, are just a means to an end,” he said. “And the end is always journalism: truth, justice and what was once unironically called ‘the American way.’”

P. Kim Bui, co-chair of the OJAs and an ONA board member, spoke about the transitions that ONA has undergone as an organization and the paths that many of its members took to get to where they are today, from their early career to leadership roles. She challenged ONA attendees to continue pushing, as they have:

“Be your weird self. Your misfit self. And let’s continue to shape journalism for another 20 years.”

The complete list of winners can been found on the OJA site.

From the ONA Student Newsroom and Innovation Lab

Winners of the #OJA19 Awards https://platform.twitter.com/widgets.js 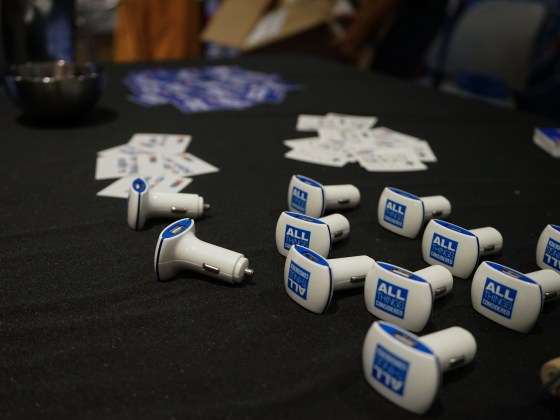 Got too much swag? Here are some tips to help you pack for home. 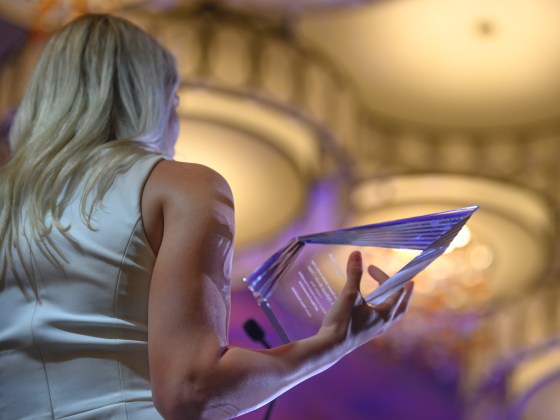 Scenes from the 2019 Online Journalism Awards