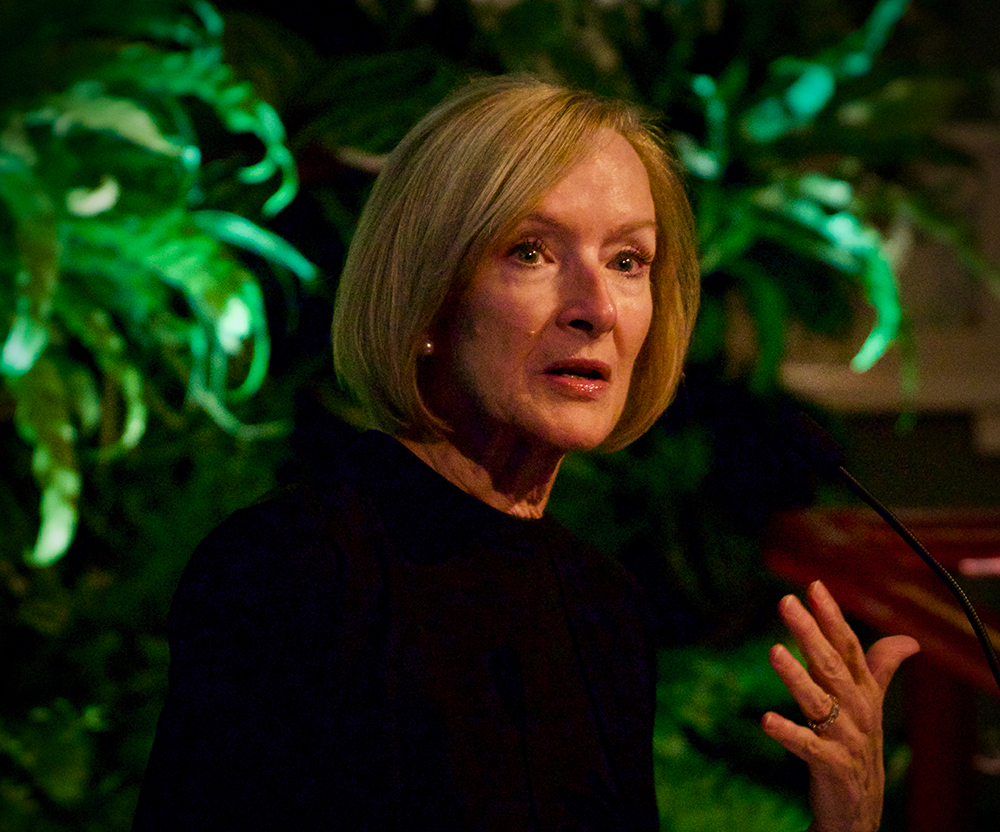 Journalists like to fret about the future. Judy Woodruff says cut it out

“My message to you tonight is that there is no reason to be discouraged,” Woodruff said Thursday night, addressing a crowd of ONA journalists after hours. “Why not? Because never before have the American people needed the kind of work that you are doing day in and day out in your community, in your state, in your corner of this country.”

Her talk, sponsored by SmartNews, mostly focused on this central theme – that journalism has never been more important and it must (and will) persevere, despite distrust and volatility. She spoke at the Crescent City Brewhouse, just 10 minutes down the street from the Sheraton to a receptive audience.

Though she stuck to her message of uplift, Woodruff did weigh in on some questions-of-the-moment in journalism, like whether or not to call Donald Trump’s fabrications lies or what the role of a debate moderator is. Her answers: Use words like in fact or misstatements “because, to me, the term lie suggests that you know what’s in someone’s mind” and “the point of those debates … is to get the candidates to engage with one another … the less the moderators do, the better.”

Woodruff’s speech followed the third round of Democratic primary debates. She has moderated a number of presidential and vice presidential debates and most notably oversaw the now-iconic exchange where Senator Lloyd Bentsen told his opponent, Vice President Dan Quayle, “Senator, you’re no Jack Kennedy.”

The journalist, who has covered every presidential election since Jimmy Carter, made history in 2013 when she and Gwen Ifill became the first network broadcast with two female co-anchors. Ifill died of cancer in 2016, and Woodruff has hosted the NewsHour solo ever since.

She is known for her stately and measured approach to the news, offering a contrast to an age of what many call the media news circus.

I think your team are great.

I believe Judy Woodruff is a Master Class in interview.
She asks the questions and let’s folks answer.
She has the knowledge to query details.
Calm and dispassionately, unfailingly civil.
NOT a pushover.
I was very touched by her close last night.

In between words of encouragement for journalists to continue their important work, Woodruff urged reporters to stay on message and not fall for soundbites or drama.

“It is so easy to gravitate to the latest food fight, the latest scandal … it’s our responsibility to get up every morning and think about what matters to the American people,” Woodruff said. “If we’re covering some personality dispute in Washington, D.C., are we really serving the American people who are worried about putting food on the table?”

After her brief remarks, Woodruff opened the floor to questions. The crowd sought her takes on the future of journalism and seemed to take comfort in her optimistic responses.

Said Woodruff: “When you go back to your respective newsrooms, I hope you will say to the young people – if they’re questioning whether this is the business they should stay in… that we need them, we need their ideas, we need their energy, we need their curiosity, we need them to turn over stones, and knock on doors and just keep on pushing and pushing information because that, ultimately, is what is going to keep this country strong.

“The founders were brilliant when they put freedom of the press into the First Amendment.” 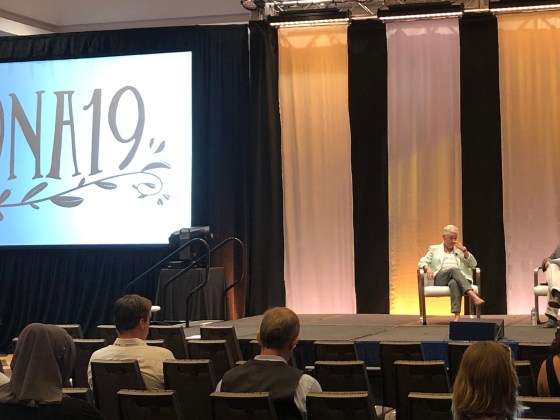 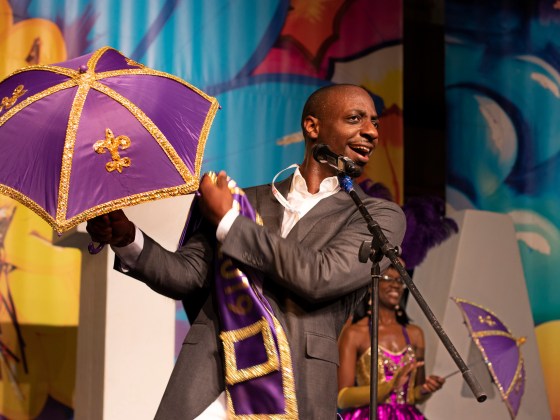