This is Rebekah Sanders’ 12th year at the Arizona Republic. During that time, the newsroom has shrunk to a third of its former size, with nearly 300 people laid off.

Since 2013, executives at the Republic’s parent company, Gannett, acquired the Belo Corporation, bought six stations of the London Broadcasting Company, attempted to merge with Tribune Publishing Company and resisted a bid from Digital First Media. And then just weeks ago, Gannett was purchased by GateHouse Media.

This year, Sanders began working with her coworkers to unionize, becoming part of a groundswell happening at newsrooms and digital media sites across the country.  At the forefront of the movement are millennials, whose deep-rooted expectations about low pay and long hours are suddenly changing.

Today, unions are modifying  expectations, beginning in 2015 with Gawker Media and hitting legacy newsrooms like the Los Angeles Times, which have been anti-union for more than a century.

The  Times’ Matt Pearce, a vocal member of the LA Times Guild, will host a panel on Friday at the Online News Association, along with Danielle Ohl from the Capital Gazette and Eric Eddings of Gimlet Media. The session, moderated by Brittany Cheng of SB Nation, is entitled “Unions and the Movement to Protect Journalists” and will address the rapid rate of unionization.

“If you just look at national digital media organizations, it’s gotten to a point where if you’re not unionized you are either now or soon to be in the minority,” said Alex Kirshner, 25, a member of the Vox Media Union. “These discussions about how we treat professionals in digital media are, I think, a lot more front and center than they ever used to be, and I think people notice that.”

My full statement on my employer seizing my work phone.

Millennials in the Movement

Jane Lytvynenko, a 28-year-old reporter at BuzzFeed Canada, said she felt companies viewed young people as “disposable.” Kirshner started working in media for under $40,000. Sanders said she was prepared to take a job where she wasn’t going to get rich.

Today, both Lytvynenko and Kirshner are a part of recognized unions while Sanders’ fight for recognition looms ahead. In June, Kirshner’s colleagues in the Vox Media Union ratified their contract, which guarantees a salary floor at $53,000 for overtime-eligible employees, 16 weeks of paid parental leave, a commitment to more diverse hiring and stronger protection for employee’s intellectual property, among myriad other conditions.

Though employees of all ages are involved in the revamped union movement, many see millennials at the fore, invigorating the movement.

Dave Jamieson, who covers labor at BuzzFeed, said millennials are bringing their social media savvy to the table and their vocal expressions of support for unions are helping others organize. He calls the phenomenon “solidarity Twitter.” When one journalist or union social media account posts about contract disputes or union-busting efforts, floods of comments and posts come in from fellow union members around the country sharing support or shaming employers.

The @PostGuild stands in solidarity today with our journalism friends at @vox_union as they fight for a fair contract in their last day of bargaining with @voxmediainc.

We believe in you! ✊ pic.twitter.com/VTpLZdKbKW

“We still see a lot of young people struggle through their work with very little pay … and that unfortunately hasn’t fully changed,” Lytvynenko said. “But what we do see is that young people feel a little bit more empowered to ask for what they’re worth and even if they don’t belong to a union they know that they have support in their colleagues… Unionization across the industry has really helped encourage workers talking among themselves.”

Why are Unions Forming Now?

After Gawker Media, which included sites like Jezebel, Gizmodo and Deadspin, unionized, others quickly followed. BuzzFeed, Huffington Post, ViceMedia, Vox Media and more digital media companies have established unions in the past four years, as did legacy companies like The New Yorker and the Los Angeles Times.

Though “newspapers… have a long history of being organized,” according to Janice Fine, a Rutgers University associate professor of labor studies, union membership across industries has sharply declined since the 20th century. This current movement is unique for its acceleration and reach.

Just this summer, The Ringer and Buzzfeed’s unions were recognized, while Vox Media staged a walkout, bargained for 29 straight hours and ratified its first collectively bargained contract. The Los Angeles Times, the country’s fifth most circulated newspaper, voted to unionize last year, a move that people familiar with the paper’s history would have called unthinkable.

The @latimes newsroom marched out of the building after chanting “Fair contract now!” It’s been 14 months of negotiating and our newsroom has lost patience in top editors. #LATGuild pic.twitter.com/MK1j6fLOu5

Jon Schleuss, a member of the LATimes Guild who is running for president of the NewsGuild, thinks that corporate consolidation and bottom-line-motivated decision-making have provided the impetus for the current movement.

“You have executives at the top who are just interested in the profits and shareholders who only care about the profits, and that squeezes everyone down the chain,” he said. “So that means you really end up screwing over a lot of the journalists who are trying to just do the basics of covering their communities.”

As media companies merge and prey on one another, workers are often caught in the throes, and layoffs frequently ensue. Companies like Alden Global Capital, Digital First Media, Gannett own hundreds of newspaper brands and are embroiled in what Nieman Lab news industry analyst Ken Doctor calls “the consolidation games.” These organizations often engage in cost-cutting methods, like Alden’s notorious slashing of the Denver Post’s newsroom staff.

In many ways, the Arizona Republic’s fight for unionization encapsulates the larger movement. Its union organizing committee began talks after two developments: the announcement of a merger between GateHouse Media and the Republic’s parent company Gannett, and a series of layoffs that included Pulitzer Prize-winning cartoonist Steve Benson.

Republic staffers were shocked and angry. Many felt that if a Pulitzer winner wasn’t safe, then nobody was.

At its peak, union membership comprised more than a third of the overall workplace in the 1950s. Today, that percentage of union workers sits around one-tenth. Andrew Wallender, who covers labor for Bloomberg, points out that the 1981 Air Traffic Controllers strike and subsequent firing of more than 11,000 employees helped lessen the power of organized labor.

Yet despite the low union numbers across industries, statistics point to a concurrent trend. Millennials age 18-29 overwhelmingly support unions, with nearly 70 percent of Pew respondents viewing labor unions favorably. The Republic went public with its union on Sept. 4. Making up over a third of the current workforce, millennials are the largest age group of laborers, lending them a key role in the union movement.

“Millennials, in general, have grown up with a kind of generational mindset, which is: ‘I want to make the world a better place and I can do something about it,’” Sanders said. “Everything from the recycling that we learned in school to being taught to stand up to bullying – there’s a consciousness that you don’t have to let a (bad) situation continue. You might be able to do something about it.” 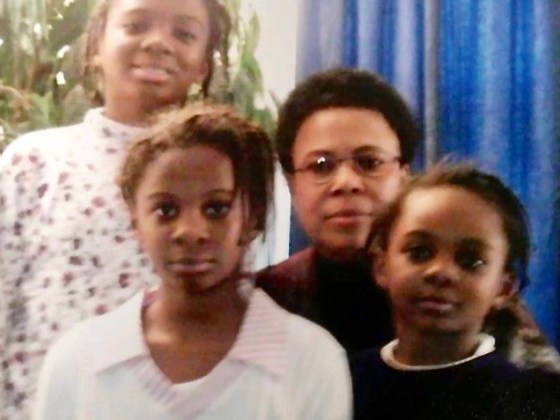 Scared to be my full self

How to Experience New Orleans Voodoo