There used to be one way to be a journalist: graduate from j-school or work at your school paper, get an entry-level gig at a newspaper and work your way up through the ranks. That’s how Meghan Murphy, ONA senior manager for communities and local journalism initiatives, remembers it. She went to j-school, interned in newsrooms and became an editor.

She would know—after that traditional start to her career, Murphy has since held roles in things like marketing and social media. Now she helps create communities of journalists for ONA.

“We’re getting to a point now where we’re seeing that there’s a lot of important roles that people can do to support our industry,” Murphy said.

None of those roles are necessarily reporting as the industry defines it. They’re in things like business, audience engagement and data analysis.

This increasingly common reality—where people with journalism backgrounds apply their skills outside of newsrooms, newsrooms want skills outside of journalism and the straightforward career is a thing of past—is here to stay. And at this year’s ONA Conference, longtime professionals like Murphy aimed to help fellow journalists make sense of their own in-progress zig-zags.

Kim Bui has worked as a reporter, editor, blogger and consultant, to name a few of her past gigs. Now a full-time freelancer, Bui co-presented an ONA panel this week that was literally titled “Is My Zig-Zag Showing?” Alongside Tracie Powell (a journalist turned consultant) and Sara Catania (a journalist turned educator), Bui wanted her fellow journalists to embrace changing careers that might take them outside a newsroom.

“The industry is changing so quickly that it’s harder to plan [careers],” said Bui. “These days, you aren’t a reporter for 15 years, then an editor for the rest of your career. There are new jobs, new options and new technology on top of layoffs, changes in business models and declining media trust.”

Bui, Catania and Powell believe it’s important to give merit to nonlinear career paths because those different experiences can be important within the industry.

“So many of us have had to take a marketing job to pay the bills or were asked to take on a newly created role or just plain wanted to try something new,” Bui said.

Taking different jobs can help journalists learn and enhance skills that add context and depth to newer facets of journalism. No matter your ultimate career goals, it’s likely worthwhile to explore things like data analysis or audience engagement, and Murphy says the future of the industry depends on it.

These days, you might even be able to zig-zag without ever leaving a traditional news organization. Murphy started as a print journalist and now focuses on community building at an entirely different organization, but those roles exist alongside each other in many current newsrooms. So rather than only thinking linearly as a young journalist—going from reporter to assistant editor to editor, for instance—recognize that core journalism skills can apply to many opportunities.

“All the skills that make great journalists, like truly listening, looking for how to make your community better, connecting people with the resources they need and the people they need to know to do their best work — all of that makes great community building too,” Murphy said. The same may apply to data analysts (who need a reporter’s BS detector to evaluate studies) or social media managers (who need to weed out misinformation).

Being open to zig-zagging is one thing, but earning those opportunities with an untraditional resume may be another. So during their ONA session Catania, Bui and Powell walked journalists through some strategies they’ve found effective.

First, they encouraged journalists to find their career’s common threads. If you write out the best thing about your last five jobs, volunteer positions and side hustles, what patterns emerge? Chances are, according to these presenters, this exercise can help identify your core skills—which then may lead to job types that are both a good fit and a happy fit.

“It took me a while to articulate [my own story],” Powell said. That story is about finding her place in journalism, starting in business, then freelancing, then going to law school at Georgetown University, then founding All Digitocracy and now working as a senior fellow at the Democracy Fund. “But once you understand how to write your own story, or what story you want to write about yourself … that’s when everything opens up.”

To help journalists sell themselves for whatever that next dream role may be, Bui and Powell also guided attendees through the process of putting together bios—something that can be difficult for people who have a myriad of jobs under their belts. These two presenters know from experience that figuring out how to brand yourself through a zig-zag career can be muddy and hard to describe to hiring managers.

And this can lead to real issues. Bui said early in her career, for instance, she often undersold herself in interviews when talking about her zig-zag experiences.

“Don’t be afraid to brag about yourself,” Powell said.

The general vibe at this year’s ONA is to expect change, whether it’s within the industry or within a person’s own career path. If journalists can lean into it and keep open options for non-reporting journalism jobs, the zig-zag career path could have a transformative destination.

“If we can continue to do this,” Murphy says, “I think we’re going to be stronger as an industry.” 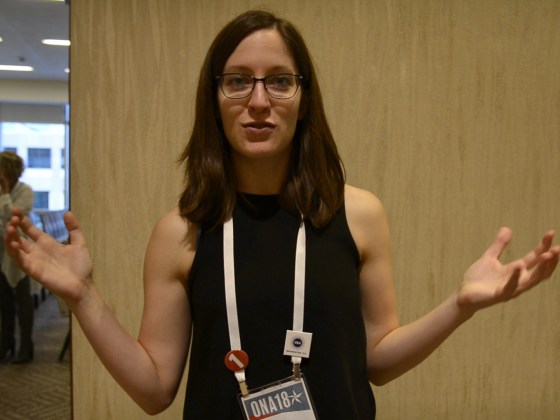 ONA18: Something for everyone 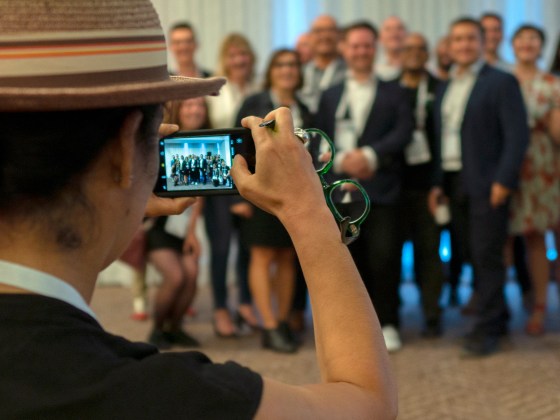 Go bags and tips for the roving reporter