At some of ONA’s most popular sessions, people have to stand outside in the hallways to listen — the rooms just can’t fit any more people.

The session on Facebook Live and several other sponsored sessions were filled to capacity, so volunteers could only let one person in at a time as one person leaves.

One person in, one person out. That’s the rule for these overcrowded sessions. #ONA16 pic.twitter.com/h22KKFPLwX

Organizers telling me that this has happened at all the other sponsored sessions today. @ONAConf #ona16 pic.twitter.com/uP8BQj3owo

Here’s one reaction from a ONA attendee who was waiting outside the session room. 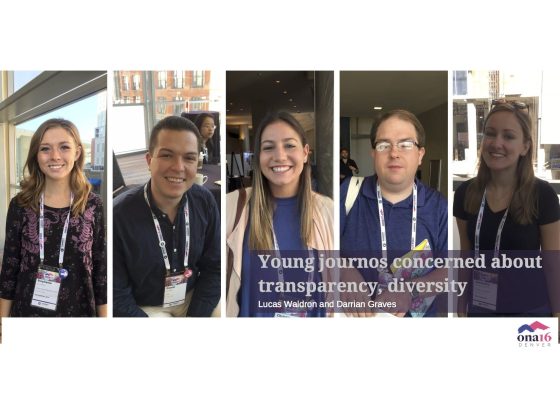