I wasn’t always comfortable with the sound of my voice.

My stomach would do backflips and a knot would form in my throat every time a classmate cupped their hands to the side of their mouths and called me America’s favorite cookie.

My family immigrated to Miami in the 1980s from Haiti, the world’s first Black Republic. At the time, Haitians were part of a group called “four H Club” accused of spreading AIDS: hemophiliacs, heroin addicts, homosexuals and Haitians. But my family was leaving the Duvalier dictatorship in Haiti, trying to create a better life for their children, without worrying about violence, persecution or lack of access to education.

My sister and I were born in Miami, Florida, a place known for South Beach, warm weather, and tall palm trees with evergreen leaves tinged with yellow. I grew up in a nuclear household: My father is an internal medicine doctor, my mother is an accountant, and my soon-to-be doctor sister is a Harvard graduate. We were taught to speak proper English.

For most of my middle and high school years in Miami, different students would pass by my brown desk etched with twice carved initials, look me dead in the eye, and tell me “You’re such an Oreo,” sometimes with a slight smirk.

I didn’t tell my parents or sister because I knew they didn’t have the power to make the kids stop. I thought my parents would talk about coming to the United States without speaking a word of English and how blessed I was to speak the language. They might ask me, “If all your friends jumped off a bridge, would you do it, too?” I knew they thought I didn’t have to use slang or change myself to sound Black.

Writing and reading in the wee hours of the morning under my floral lampshade was my oasis from the teasing. I remember when I was 11 that I felt comforted knowing that the characters in Madeleine L’Engle’s “A Wrinkle in Time” or Christopher Paul Curtis’ “The Watsons Go to Birmingham – 1963” couldn’t jump off the page and ask me why I sounded white as I read under my breath.

Another saving grace was my camera. Around age 11, I got my first camera: a chunky, grey Nikon that fit in the palm of my hand. I already saw everything as a moving image in my head, which helped me write vivid narratives. But now I had the chance to save precious memories from vacations, outings with my cousins, while occasionally snapping a blurry shoe photo.

Photography helped me realize throughout my adolescent years that if I held up a mirror to someone’s face, they’d see their own flaws, but also find similarities between themselves and others. I took photos as a way to help people to self reflect, and freeze moments in time that could become powerful teaching tools for the future.

Sometime during the year I turned 13, I started to question who really had the power to police race. I started to think this way because it wasn’t just black students trying to police my race but Hispanic and other students as well. Who were they to decide who I am? I don’t remember failing a standardized exam that measures authentic Blackness or learning that speaking proper English was biologically a white trait in seventh grade science class.

But my teachers seldom discussed race during lesson plans. I was unaware that there were online blogs and forums that addressed issues of race. So I was left to fill in the gaps about what it meant to be Black in America.

Sometimes I thought I had the best of both worlds: Haiti and the United States. I got Haitian Konpa music, learned about how to reuse empty tin cookie cans as storage containers, savored traditional cuisine like Haitian Soup Joumou eaten every Haitian Independence day on Jan. 1, and had a deep appreciation of education from being Haitian.

As an American, I had the opportunity to pursue my dreams, to live and learn amongst people from diverse backgrounds, and a peace of mind knowing that I live in a democratic society where I can voice my opinions.

Still, being first-generation American often put me in a cultural limbo. While some Black Americans saw me as an “Oreo,” Some Haitians considered me a “blan,” which literally translates to white but also means foreigner.

I was a mix of both cultures, not totally in one or the other. There were times that I couldn’t join my Haitian friends’ conversations reminiscing about Haiti’s gorgeous beaches with crystal blue water or breathtaking mountainous landscape because I had not been to the country since I was a baby.

And I wasn’t up to date with my American friends’ interests, like the latest R&B, rap, and pop music; my hair wasn’t braided in a new, intricate fashion every week; and I didn’t keep up with the latest fashion and sneaker trends.

In an attempt to find the links between Haitian and Black American culture, I joined the University of Florida’s Haitian Student Association, and worked as a diversity ambassador and photographer for UF’s Institute of Black Culture. This effort extended into the classroom, where I wrote a research paper on how the Haitian Revolution influenced African Americans in Antebellum America.

That’s when I realized that Black people from the African Diaspora don’t share a monolithic experience, and that it takes work to build bridges. I learned that xenophobia prevents a great deal of cross-cultural dialogue from happening among us.

And that’s where my camera skills opened my eyes—and the eyes of others—again. Over the past four years, I photographed critical issues from gentrification happening in Gainesville’s first Black community to students protesting injustices on campus. During my senior year, I made my personal project my work as a photo editor for the student-run Independent Florida Alligator.

These experiences fueled my desire to continue telling stories about people from diverse backgrounds. That’s why I studied journalism with a photojournalism concentration at University of Florida, where I graduated in 2015.

My experience contributed to my coverage of a University of Florida fraternity that hosted a Blackface Halloween party in 2012. Students, teachers, administration and community members raised concerns over a circulating Instagram photo showing two of the members in Blackface, wearing sagging pants, thick gold chains, dark sunglasses and pink and green baseball caps.

I photographed a series of town hall meetings and events held in protest to the Blackface party as part of my own personal project. I was amazed at the range of emotions I captured as people shared their emotional testimonies with racism and how this Blackface incident impacted them. And I saw how Black students from different cultural backgrounds united to address the problem and work toward a solution.

There are still people who take issue with my heritage and aren’t cognizant of how their xenophobic attitude affects those around them. Once a Black American girl called me disrespectful after hearing me “code-switch,” which means alternating between two or more languages in a conversation. I wasn’t consciously trying to switch from English to Haitian-Creole, but I could tell by her anger that she didn’t feel comfortable hearing a foreign language in her presence.

That experience also fueled my desire to tell stories that show the humanity of people who come from different ethic groups and speak different languages, instead of spreading the notion that people who look and sound different should be ostracized.

I didn’t encounter many Black American or Haitian students who nonchalantly accepted the stereotypes about themselves in college. Instead, I found Black students who came from different faiths, ethnic, and cultural backgrounds who shared similar goals – to get a higher education, raise consciousness about various injustices impacting the community at large, and encourage others to practice the Ghanaian principle of “Sankofa,” to reach back and get cultural knowledge and wisdom from our ancestors and apply it to the present. Since I learned this principle in college, it has significantly shaped my outlook on life.

I’m not sure if I will ever get out of cultural limbo, but what I do know is that my voice is a gift. The ability to share different cultures has given me a unique outlook of the world, and I refuse to accept the single narrative about anyone.

Photo gallery: Being Black in America

A view of the Black experience at the University of Florida in Gainesville through the lens of Nathalie Dortonne. 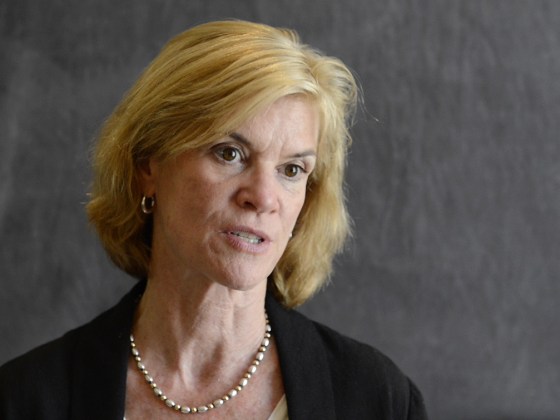 Ann Derry: A front seat view for the evolution of online video storytelling