When one thinks great journalism, the first newspaper that comes to mind may be The New York Times. However, since the leak of the company’s “Innovation Report” and with digital coming more into play with gathering and distributing news, The New York Times’ competition is keeping up with digital changes and making their top competitor a little nervous.

The New York Times’ deputy editor of digital operations, Amy O’Leary spoke on why there was a need to open the conversation at ONA. For O’Leary, a session about the report was important for explaining the context of The Times’ strategy. “People can really understand our real intentions, rather than just reading between the lines,” said O’Leary.

Although the report was specifically for The New York Times’ leadership team. According to O’Leary, the team expected their competitors to enjoy seeing The Times’ internal problems. Instead, the report has somewhat served as a blueprint for the industry. According to O’Leary, their is valuable content in the report that any media outlet can benefit from. “The questions of reach and impact, I think really are universal to the entire industry.”

Some newsrooms have used the report as a “mirror” for their organizations.
After seeing the report, the San Francisco Chronicle led discussions in their newsroom considering some of the most important points they saw in the report.

According to Kristen Go, Deputy Managing Editor of the Chronicle, what struck her the most about the report was that The New York Times is still struggling with digital, with innovation and with how to bring about cultural change in their institution, leading Go to think her newsroom is not alone.

“They too are struggling with the exact same things we are,” said Go.

She also mentioned that The Chronicle created an incubator to train their newsroom. They hope to bring about cultural change and get the newsroom to think digital first. The incubator takes in one department of their newsroom at a time, putting them into a physically new location and working with them to figure out the best ways to implement new digital initiatives.

In the incubator, The Chronicle team learns to be strategic about when they place things online with Go placing new ideas into their daily discussions. “Our conversation changed from ‘what time are you filing that story? to Can we hit peak traffic? Can we get it done? Yes we can, go get it done, right now’,” said Go.

The concept of an incubator came with resistance in the beginning. According to Go, most thought transforming the newsroom to be digital first meant there would be a drop off in quality for print. However, Go says that is not the case. “We started producing better content for all of our readers by being more responsive.”

Go says once their audience recognized them being more responsive, their market became more interested in giving them exclusives on various stories. “That’s really what we need to differentiate ourselves from all the different publications that are out there,” said Go.

Logistically, Go believes the training ground took their staff out of their comfort zones. While initially uncomfortable, the benefits were quickly realized. The collaborative space allows for the group to hear what everybody is working on, share story ideas and sources and push one another to have stronger story ideas. “It made it much more collaborative than the old working environment,” said Go.

So far, The Chronicle has only had two groups go through the incubator. With each new group, Go organizes what digital digital assets need producing and tries to tailor the program to each department’s specific needs. “Honestly we’re trying to make everyone there a 21st century journalist,” said Go.

For other news organizations, according to Go, there is a lot to be learned from the report and figuring out the best way to adapt to what a specific newsroom needs because every organization is different. “You can’t exactly do a cookie-cutter replicata.”

He sees the report as being a document that is really about The New York Times and secondarily about the state of digital innovation and strategy.

The Atlantic, a 150-year-old magazine, became a large website that is further along in the digital transition than The New York Times. “In our mind, the lessons that make sense are we want to be nimble, we want people to have an understanding of analytics and social media and we want people to know how media works now,” said Madrigal.

Madrigal says those in print could see “digital” was coming, so the transition for organizations to make the switch should have taken place before the stakes were high. The Atlantic had leadership in place who decided to make the move to digital relatively early. “[This report] is the signal that that’s the direction they’re going to go in through time.”

According to Madrigal, The Atlantic’s mobile audience is growing and they are successful with creating content that works for consumers to read on their phones. However, they do not know what the business model is for mobile content.

The Atlantic is more than 50 percent mobile. This raises questions because ads are worth less to advertisers on a mobile platform. “We’ve got to see if there are things we can do to make the lives of our readers better, when we can think about them using a smartphone as their primary way of interacting when we write,” said Madrigal.

They have optimized the AP mobile app for iOS8 and the new iPhone 6, which allows them to be prepared for substantial updates in the future. They added third party content to the AP Video Hub, which allows third party suppliers to sell their content on the platform. They also added a live blog to the NFL Sunday lineup of professional football coverage, allowing readers to have a genuine second-screen experience. This live blog also helps drive traffic to AP members through the Pro32 Digital News Experience – a ready-to-publish Web content package designed to help members of the AP reach passionate football fans.

The core of The New York Times is their printed product, but their report also helped digital-only companies craft a game plan.

Anika Anand, who is a reporter for Chalkbeat, a digital-only organization aimed at the education market, said she has three personal takeaways from the report that she is promoting to her team.

She believes building tools for creative sustainable innovation is more important than building one-off interactives. Reporters want a “systemized” way to increase readership and impact of a story and increasing collaboration with the business, product, and non-editorial. In order to address this, Chalkbeat created an impact tracker tool called MORI which allows their reporters to input qualitative impacts that their story has had.

Anand gave an example of the impact MORI has. If a reporter writes a story about a graduation policy that is holding a student back from graduating, and a chancellor from a school sees that story and thinks ‘this student is my poster child for wanting to change this particular policy,’ MORI allows Chalkbeat reporter to keep track of such things.

Although The New York Times has a uniquely large audience, smaller print organizations are still able to relate to and learn from the report.

Chris Linden, managing editor of a small publication, the Rockford, Illinois, based Northwest Quarterly, was excited about the Innovation Report. He says for the Northwest Quarterly, the innovation report is a model of what could happen and what could work, however; they need to take the report with a grain of salt. “We need to understand, what happens or what works for The Times and how we can apply those same kinds of principles to our own situation,” said Linden.

Linden says his takeaway from the New York Times keynote at ONA on Friday night is similar to what his original takeaway was. “What works for the New York Times is great, and it is inspiring” he says about seeing journalists sit down and have the conversation about the digital age. But this is something the smaller markets struggle to understand because they are not at that point where they can have those conversations.

According to Linden, the Northwest Quarterly has a print product that is very important to who they are, but they are still trying to figure out how they can make digital and print cohesive. “I think there’s a value to print that you can’t get in the digital side,” said Linden.

For the Northwest Quarterly, what is next is beginning the digital conversation. “We have to start with the conversation of what is it, why is it important to us and how can we implement it in a meaningful way,” said Linden.

The Milwaukee Journal Sentinel will continue to have their conversations but is focusing more on the small questions that need to be answered. For example, if there are going to go mobile, will they focus on mobile web or mobile apps? If they are going to do apps, should they focus on iOS and Android? Should they service those who use windows phones? Should they design for tablets?

The lines become even more blurred when the recently released iPhone 6 and iPhone 6 Plus came into play. “There’s not one single question that we need to get right or wrong, there’s a bunch of little questions, and if we get one wrong but most of them right, then we still have a chance of succeeding,” said Nickels.

Representatives from VOX and the Washington Post declined interviews about the topic. 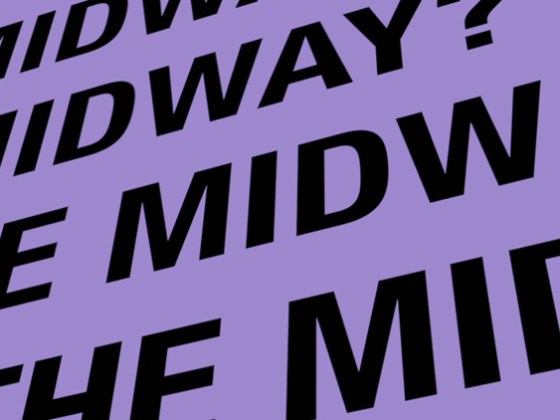 Media innovators: Tell us within 10 seconds, what do you do ? 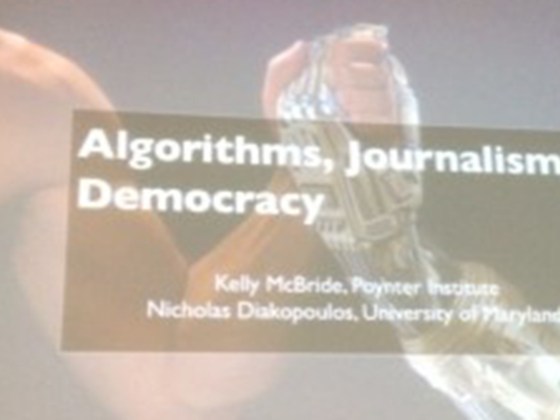