About a month before “The Fifth Estate” — a cinematic look at WikiLeaks and its founder Julian Assange — was in production, screenwriter Josh Singer faced a “stress test.”

Lead actor Benedict Cumberbatch, who plays Assange in the movie, reached out to the WikiLeaks founder to better understand the role he would be playing, Singer said. In an open-letter response, Assange called Cumberbatch “a hired gun,” adding that the film seeks to bury the truth.

“Julian has been critical of the project from the outset,” Singer said in an interview at the 2013 Online News Association conference in Atlanta, the day after the film was pre-screened for a group of journalists.

The central conflict in the film, which opened in theaters Friday, focuses on WikiLeaks’ release of more than 250,000 government cables that the movie implies put about 2,000 U.S. government informants at risk. Singer said the film used four of the actual cables WikiLeaks published.

WikiLeaks spokesperson Kristinn Hrafnsson was forthcoming with his criticism of the movie, saying via Skype that the film is “an echo of propaganda coming out of the establishment in Washington.”

The film is based on two books, one by former WikiLeaks spokesperson Daniel Domscheit-Berg, Inside WikiLeaks: My Time with Julian Assange at the World’s Most Dangerous Website (Crown, 2011) and the other by Guardian reporters David Leigh and Luke Harding, WikiLeaks: Inside Julian Assange’s War on Secrecy (PublicAffairs, 2011).

“The books are somewhat critical of Julian,” Singer said, “and Julian doesn’t like criticism.”

Earlier this year, WikiLeaks posted a version of the DreamWorks script as well as a memo calling the film “irresponsible” and “counterproductive.”

Last week, WikiLeaks announced the release of “Mediastan,” a film showing a “behind-the-scenes” look at the published cables, in order to “challenge” the U.K. release of “The Fifth Estate.”

Singer admitted that “The Fifth Estate” exaggerates slightly at points, such as in a scene that shows Assange dyeing his hair white in front of a bathroom mirror, an inference to his cult-like upbringing by his family. However, Singer called the movie a “pretty accurate representation.”

The film does not tell the entire tale of Assange. It ends right before the trial and conviction of Bradley Manning, now known as Chelsea Manning, and prior to sexual assault allegations against Assange. He is now living in the Ecuadorian embassy in London.

Hrafnsson said the film is not even an “innocent artistic license,” but rather tries to depict “reality.”

“Unfortunately, this is a rather poor representation of what WikiLeaks is and the importance of our work,” Hrafnsson said, “and of course we need to protest that.”

Singer said he views WikiLeaks as a way to “shore up” investigative journalism. But, like the cables that disclosed informants’ personal information in the movie, he said, responsibility is needed.

“I wish it [WikiLeaks] were still up and functioning,” he said, “with responsible leadership.” 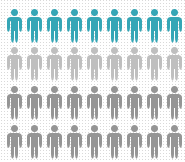 Getting to know you: ONA demographic infographic 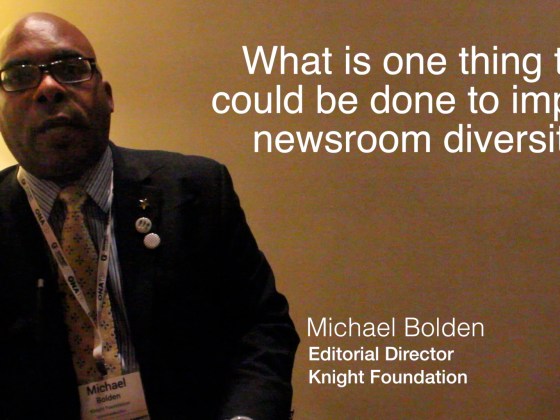 Talking about newsroom diversity at ONA13