Atlanta, also known as Hotlanta, has problems like anywhere else. Yes, Jeff Foxworthy lives here. Let’s just acknowledge that and move on.

There is violent crime, and mixed signals as to whether that’s getting better. There is gridlock beyond what any decent human should have to suffer. Coming from someone who lives in Los Angeles, where taking traffic seriously is a more popular civic duty than voting, you don’t want to get stuck in Atlanta traffic.

But it’s been my good fortune to have a surplus of sweet times in this city. During a half decade of living in Sarasota, Florida, it beckoned in ways that could not be ignored.

These visits awoke me to the tip of Atlanta’s wonder-iceberg, and I’ve treasured time spent there ever since. Superficial as my understanding may be, I believe ONA13 happening here is vastly more silver lining than cloud. Aw, heck, I’ll just come out and say it:

As noted on Futurama, it’s more than Ted Turner, Coca-Cola and a Delta hub. If your vision of the city has been sadly mired by long hours stuck in some terminal with a stiff neck, or the tune from “Deliverance” is already dancing in your head, consider if you will, the following.

I love thee Atlanta. Let me count the ways.

1. I love thee from the tip of Andre 3000’s immaculate facial hair to the base of Big Boi’s soles.

It is nary the place of an outsider, such as myself, to attempt anything along the lines of an exhaustive summation of Atlanta’s musical output. But for the sake of not ignoring this town’s auditory import, I whipped up this Spotify playlist.

Yes, it is simply every single song available on the streaming music service that includes Outkast in the ‘artist’ field. And there are dozens of versions of their most popular tracks from soundtracks and such. If that’s too much of a goofy, dumb, unwieldy joke playlist to actually take the time to put together, allow me to present’ “Another 187 Reasons To Love Atlanta.”

Those of you fiending for a representative slice of Atlanta’s musical impact should surf to Beena Raghavendran’s post on the subject.

2. I love thee with the force of Blondie’s mammaries, in the shadow of which beer cans tremble.

The last time I had the good fortune of seeing Atlanta was in 2011, on a road trip across the southeast. My car comrades and I wound up blogging about it extensively here, for those of you interested in that whole creative travelogue thing.

Who is Blondie? She’s a local hero, who strips, writes poetry and crushes beer cans with her chest from under a moppish white wig and cowboy hat. She turned 60 this year. And still strips. And still writes poetry. Don’t worry, there’s a whole documentary to help us bask in her sheer amazingness.

AKA Blondie Trailer from Jon Watts on Vimeo.

I mentioned my interest in writing about Blondie to Cynthia DuBose, the illustrious editor of ajc.com and one of the editors of ONA13’s Student Newsroom. She replied, “Anytime you can bring Blondie into a story, it’s already golden.”

I posit this as a reason to love Atlanta, but it’s also a reason I already like Cynthia DuBose.

3. I love thee as autumn winds coat your lush forests in a veil of auburn and gold.

Atlanta’s foliage doesn’t get talked up as much as New England’s, but it’s there. I caught Georgia’s trees in all their vivid splendor in 2008, after days of driving a beat up sedan jam-packed with college boys. We trod out upon the Appalachian Trail like so many foolhardy would-be woodsmen. Our satchels stuffed beyond ineptly, we promptly became befuddled, then hungry, then finally resigned to simply being cold.

Hitting the Trail would be a heck of a jaunt for ONA13 attendees. So let’s put talk of sojourns into the Georgian wilderness on the backburner for a moment. Truth is, if all the anodized aluminum at ONA13 leaves you pining for the fjords, there are a multitude of nature-y options closer to town.

I recall spending one fine afternoon wandering the community-maintained wooded paths of Roswell in 2011. The leaves are bound to be beautiful there this time of year, and there’s not a federal ranger in sight to kick you off a tire swing dangling over greater Atlanta’s brooks.

4. As you stand testament to individuals’ power to level a tirade against injustice, I love thee.

Any ONA Student Newsroom must include a section dedicated to Martin Luther King Jr.’s memorial birthplace and gravesite. But I can’t imagine how this matter could be overstated. The square footage of this place is incredible, and maintained impressively as any number of historical treasures have fallen by the wayside.

Not only is the place straight-up cool, there’s no reason to pretend the ideas MLK spoke of are any less relevant today. Building equality in the digital news industry will be an ongoing struggle, and there is scarce a more poignant site to host a conference partially dedicated to addressing the issue.

5. Your southern food is straight up rad.

As with the MLK Jr. Memorial, this subject is so integral to Atlanta’s ultimate importance in a cultural and societal sense that it necessitates its own discrete, dedicated story. But my sweet lord, we need to talk about the breakfast stuffs.

Let’s get one biggie out of the way. It’s something that no half-decent food columnist would touch with a ten-foot maple sausage. I’m talking about Waffle House.

Anyone ever truly in need of a bad cup of coffee and one-dollar egg and cheese biscuits knows it may be the greatest institution devised in the history of mankind. It was founded in these parts, and Atlanta Waffle Houses almost always feature corny songs sung by the owner’s daughter on their jukeboxes.

Since this is a digital conference and all, it’s worth noting that Waffle House also maintains a relatively flawless corporate Facebook page.

One of the unique pleasures I have partaken of in this city was playing finger cymbals and sleeping in a living room that once served as the crash pad of Townes Van Zandt. What got me there is a whole ‘nother story—a band I banged drums for played at Wonderroot, and we stayed at a spot furnished by a family member of our frontmen. Crossing paths with Townes, however tangentially, is pretty cool in hindsight. But at the time it meant nothing to me.

The reason I didn’t give a rat’s patoot is that I awoke and consumed the zenith of grits as I know them. A signature dish of The Flying Biscuit Café, they’re made with cream cheese or angel song or something. If any of you manage to crack the secret recipe, please post instructions online and become international heroes.

Then there’s Soul Vegetarian Restaurant #2. That must be explained with a story.

Once upon a time I worked alongside a brilliant, six-foot-tall man who did consulting to supplement his abilities as an improv comic. He was dead serious and hilariously good at his job, so it pained me to hear him dread out loud about an upcoming trip to Atlanta.

My only response was to stolidly encourage him to change his mind by way of a visit to Soul Vegetarian Restaurant #2. It’s the coolest, they have blueberry smoothies, I cajoled.

It’s like a metaphor for my love of Atlanta writ large—it’s not about any one thing. I don’t care that the place is all vegan, and I hope to avoid pigeonholing or fetishizing this restaurant for its cultural style. It’s just stirred a small passion in my heart. Likewise, no individual piece of the city explains my overall attraction to the town.

The absurdity of constructing a “How To” guide on loving this city is not lost on me. Riding the rails of MARTA only hammered home the fleeting and exceptionally privileged peeks I’ve had into Black Hollywood’s way of being.

But however it works, it’s worked. Atlanta, I hope it was good for you too. 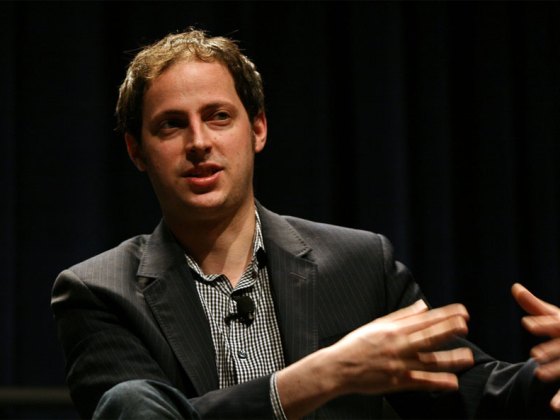 Data is a journalist’s best friend

Need some more timeout? Take a wider view of Atlanta.