Welcome to Atlanta! Want to look smart when talking to the locals? Here are six must-know stories from the area.

1. A sister to the world’s busiest airport? So you liked the airport when you arrived? It could soon have a sister. 11 Alive reports that Atlanta’s Hartsfield-Jackson International Airport may have a little sister just forty miles north in Paulding County. Paulding County Airport Director Blake Swafford has reportedly admitted that meetings and deals regarding expanding the airport have taken place. If approved, the expansion would allow for commercial airline service; the creation of 2,000 to 3,000 jobs; and $350 million in income. But Atlanta’s 11 Alive says residents and even Delta Airlines aren’t happy.

2. $5 for free phone service: Georgian recipients of several low-income assistance programs and benefits will now have to pay a $5 fee per month to get free cell phones and discounted phone service. Georgia’s Public Service Commission voted 3-2 Tuesday in an effort to eradicate fraud and abuse in Lifeline, the 20 year-old federal phone program that has provided phone-bill assistance to over 900,000 people in Georgia. In February, national wireless phone group, CTIA sued the Public Service Commission, saying the move to charge customers is illegal because state government bodies cannot regulate fees and pricing for wireless companies. Georgia is the only state to collect the fee which will go into effect January 2014 if the Public Service’s vote goes unchallenged by a commissioner. The Atlanta Journal Constitution predicts the CTIA is likely to file another lawsuit.

3. Falcons update: It’s week 7 for football! The Atlanta Falcons have had a rough start with three notable injuries and a record of 1-4. The Atlanta Journal-Constitution’s latest practice report suggests the Falcons will be playing without players Roddy White, Steven Jackson and Sam Baker. Bleacher Report says it’s hard to envision the team winning the NFC South division and progressing to the playoffs as division winners. Across social media, Falcons’ experts and disgruntled fans agree with Falcons wide receiver Roddy White’s opinion that the team is lacking identity. Make sure to look for Falcons fans this weekend when their team plays the Tampa Bay Buccaneers this Sunday at 1PM right down the block in the Georgia Dome.

4. Atlanta teams won’t get a name change: Many have jumped in the ongoing debate around the Washington Redskins’ name and mascot. Even President Obama offered his two cents. Will Atlanta’s teams wearing Native American monikers be swept into the offensive name change debate? Mayor Kasim Reed gives a simple no. Atlanta’s 11 Alive reports Mayor Reed said, “I think that the name the Atlanta Braves is a name that we should keep; and I have a number of friends who are Indians, and they haven’t shared any offense with me about it. So I go by my experiences.”

5. Street vendors claim victory: A recently released court ruling details victory for Fulton County street vendors who have been working under an expensive monopoly or shut down since before the start of the Atlanta Braves’ season. Advocates are calling it the end to a nine-month scorched earth policy headed by Atlanta’s Mayor Kasim Reed who reportedly shut down all street-vending across the city. The issue dates back to 2009, when then Atlanta mayor Shirley Franklin signed a 20-year-contract with General Growth Properties. The contract meant street vendors had to pay fees of up to $20,000 a year. After a wave of complaints, calls to action and lawsuits, the contract was struck down in 2012. This week, Atlanta’s spokesperson Carlos Campos stated that the city would not provide the ordered permits to vendors before a local judge reviews their appeal. Atlanta’s WABE 90.1 quotes Mayor Reed, saying that his administration will work on an appeal to prevent Atlanta from becoming a “swap-meet.”

6. The big “write off”: A group of parents and community leaders are “deeply disappointed by the failed promises of Atlanta Public Schools and its superintendent, Errol B. Davis Jr.” according to a letter acquired by the website, East Atlanta Patch. Emmaus House, an outreach and social service ministry of the Episcopal Diocese of Atlanta, is still waiting for Atlanta Public Schools to make desperately needed roof and HVAC repairs in D.H. Stanton Elementary School, the only elementary school in Southeast Atlanta. The letter cites insult to injury considering the repairs are $23 million and Atlanta Public Schools just spent nearly $148 million spent on a new Atlanta high school. 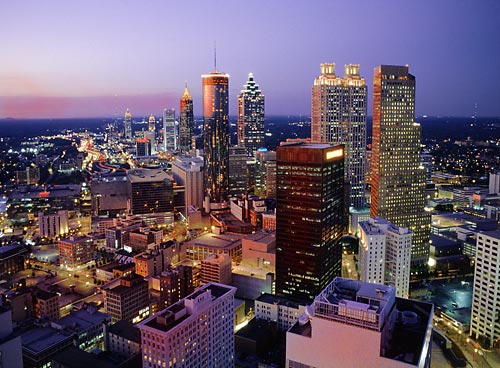 ATL in your words