“When you think about the online world, we don’t see enough people of color breaking into this news jobs,” said Paul Cheung, president of the Asian American Journalists Association. “The reason I come to ONA is to see where the industry is going and to see how we can prepare our members to have these jobs.”

ONA executive director Jane McDonnell estimates that about 20 percent of the group’s 1,900 members are journalists of color but an actual number is not known.

McDonnell explained that one of ONA’s current goals to is to better compile and analyze member demographics because most do not always share that information on their online profiles.

“(We want to) figure out what exactly our membership is made of. Not only ethnic diversity, but also job titles, gender and geography,” McDonnell said.

The organization has taken strides to develop a diversity strategy. In 2011, ONA board member Rob King was tasked with elevating the diversity discussion among fellow leaders. Also, the issue is expected to be taken up by a recently created advisory committee on membership.

“We will continue to do research on what the real issues are for our members,” McDonnell said.

Opportunities to improve ONA’s diversity may lie with potential leaders for the organization’s board.

“Diversity always needs to start at the top and making sure that our board reflects the diversity of our members,” said Maribel Perez Wadsworth, Gannett’s vice president for audience development and engagement. “The diversity we hope to have within our organization is crucially important.”

Wadsworth is among the four journalists of color vying for ONA’s board of directors this year along with University of Southern California professor Robert Hernandez, University of California Berkeley assistant professor Richard Koci Hernandez and Benet Wilson, media relations director/social media editor for the Aircraft Owners and Pilots Association.

Richard Koci Hernandez said ONA reflects what may be the reality of an industry still growing its minority composition.

“Media organizations have done a good job to foster diversity, and just by that process the people you see in ONA are very diverse,” Hernandez said. “It’s taken a long time but it’s slowly seeing the fruits of all of the diversity outreach. It’s never reflected the way we want but it’s going in the right direction.”

Mark Luckie, Twitter’s manager for news and journalism, credits members from organizations such as NABJ and NAHJ for taking charge of recruiting people to join ONA.

“They really understand that the power of online journalism is not limited to a certain crowd,” Luckie said. “I feel glad to see more faces of color around the organization.”

During his Friday keynote speech, journalist and Define American founder Jose Antonio Vargas, emphasized the importance of multicultural newsrooms and suggested that “diversity is destiny.”

“We are still early enough on digital journalism to not make the mistake that newspapers and television have made in terms of not having diversity,” Vargas said after his speech. “We can still make sure that we are righting the ship. The commitment needs to be made now.”

University of Texas at El Paso 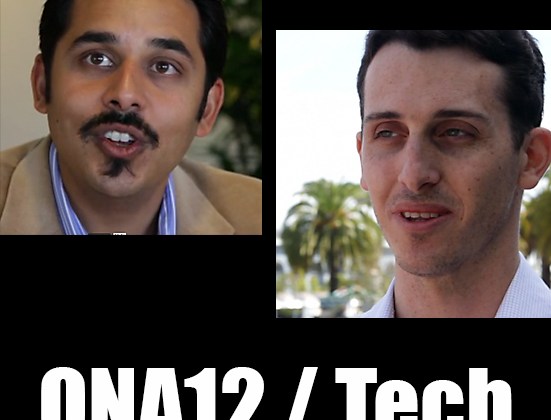 Journalism and Technology: Two Views of an Evolving Partnership