More than 500 digital journalists filled a hotel ballroom to hear social media innovator Dick Costolo, Twitter’s CEO, talk about the future of microblogging as well as answer questions about the recent—and controversial—changes made to the social networking service’s interface.

In essence, the new API would limit the number of Twitter-like applications. Instead of multiple versions, such as HootSuite or TweetDeck, there would be only a handful of approved third-party applications.

Twitter warned users that the changes would be coming soon, Costolo said. But after the policy went into place, critics said the social media giant was attempting to push out third-party Twitter clients.

Costolo, who appeared uncomfortable at times during repeated questions concerning the API, was quick to defend the changes, citing “too much friction” for the user.

“How does it feel to be in charge of the free press?” Bell asked.

“I don’t see that as my job,” Costolo said, laughing with the audience.

But not everybody was laughing. Jeff Jarvis, professor at CUNY Graduate School of Journalism, bolted for the microphone when the Q&A session started, inquiring further about the new API.

“Are there any more shoes you’re going to drop?” Jarvis asked.

Costolo said that with the new API changes, third parties would have a myriad of capabilities to build into the platform.

Andrew Phelps, staff writer at Nieman Lab, took the mic to explain Twitter is a business. Some people will accept or not accept changes, but the “communication of those ideals was done poorly,” he said.

After the speech, Jarvis said he was satisfied with Costolo’s response. He said he understands that Twitter is a business and must operate that way, but it was the lack of communication that was frustrating.

“I want to love Twitter,” Jarvis said after the keynote address.

Still, the event wasn’t all criticism of Twitter. Costolo talked about upcoming changes, including the ability to download past Tweets, which he said would roll out by the end of the year.

He said some Twitter changes, such as improving TweetDeck, could assist journalists.

“We want to make TweetDeck … more powerful for research and investigation purposes,” he said.

Twitter is “in the media business” because it sells ads, not because it creates content, Costolo said, adding that it is first and foremost a platform.

“Globally, it’s been an incredibly valuable tool,” he said. 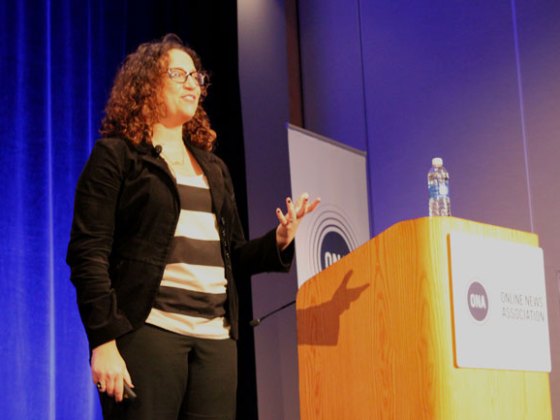 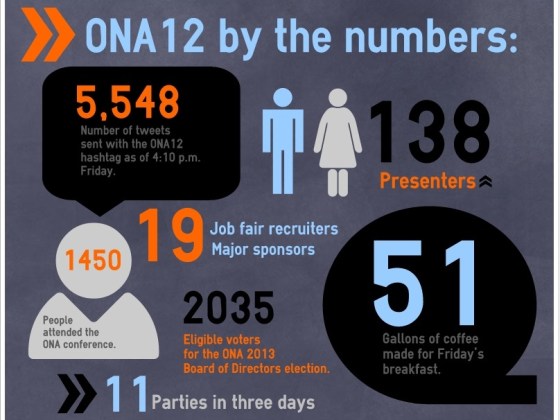